F-35 Behind but Moving Up 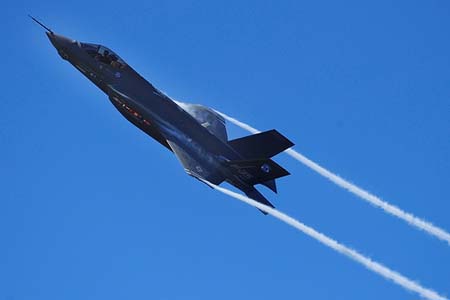 Lockheed Martin officials say news (reported first by the Star-Telegram) that the F-35 strike fighter program is behind schedule and over budget is correct; however the situation is improving not getting worse. In a follow-up report, Dan Crowley, Lockheed Aeronautics VP, said this past year “has been the most challenging year, but we knew it would be.” He noted that the time needed to complete each new aircraft is dropping. Crowley also said the company has reduced parts shortages prompted by design changes for parts that didn’t fit properly or had to be strengthened or lightened. Those changes caused cost increases as suppliers had to adjust machinery and manufacturing processes. And, Reuters reports that Lockheed spokesman John Kent said the F-35 costs were actually below the government’s latest estimate. Crowley predicted Lockheed would begin meeting the schedule in 2011. (Also read, AF-1 Takes Flight and Reuters report on the Marine Corps variant testing delay)