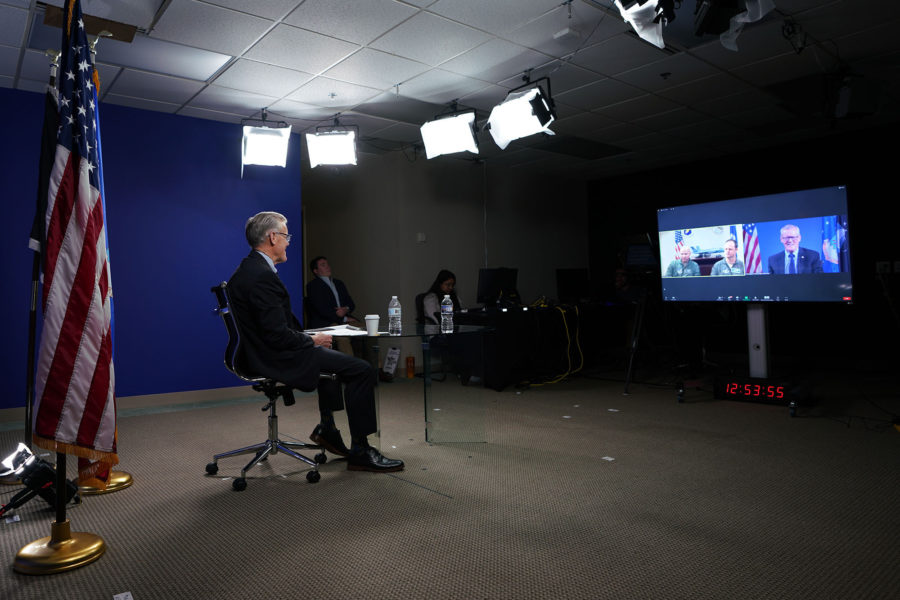 U.S. Indo-Pacific Command has two new F-35 squadrons at its disposal in Alaska just as “quite a bit of action” has taken place in the combatant command’s area of responsibility and the “advanced threats” there are becoming “more lethal,” said the squadrons’ wing commander, Col. David J. Berkland.

Berkland said the wing’s priority now is to “shift ourselves into full operational capability to conduct agile combat employment operations throughout the Pacific AOR at austere locations.”

Unlike a typical wing assigned to an Air Force major command, the 354th Fighter Wing—with its motto “We’re ready to go at 50 below”—belongs to the joint INDOPACOM combatant command, Berkland explained. Situated at Eielson, “we can really, in a single fighter sortie, range to just about any AOR in the Northern Hemisphere pretty easily.”

Without going into detail about already “deploying forces throughout” the INDOPACOM AOR, Berkland said the goal of the wing’s “dynamic force employment events is to ensure a free and open Into-Pacific.”

Since F-35s began to arrive at Eielson in 2020, a “combat-focused mentality” has taken shape among the pilots whose experience ranges from new pilots who “did a lot of virtual reality-type simulated flying” in their training—“and they have performed brilliantly, to be honest,” Berkland said—to others who have “a couple thousand hours in a different airframe.

“And those airframes run the gamut of fighter aircraft across the Air Force. We get people in from the A-10, the Strike Eagle, the F-15C, obviously the F-16 as well.”

Their variety of backgrounds has proven to be both a challenge for the F-35 community—“because to some degree we have baggage from a different aircraft and a different culture”—and a strength because of the ability “to take the best of all those cultures, take the best of all those tactics and techniques and procedures, and blend them into what we’re doing with the F-35.”

As more F-35 natives have started flowing in, Lt. Col. Ryan Worrell, commander of the 356th Fighter Squadron, said “the community has really developed and grown to point where it is sustaining its own culture now” and the focus “is less about trying to determine what the culture is and more about bringing new people in.”

Transitioning from the F-16 to the F-35 was like going from driving a 1969 Mustang to a Tesla, Worrell said. The degree of automation has freed him up to fly less and think more.

The Mustang “makes a lot of great noise, and it still does the job extremely well.” The F-35, on the other hand, with its sensors and automation, involves less “driving the car” and more “managing the decisions that you’re making.

“I’m no longer running the radar. I’m no longer trying to manage where my radar is looking to get the correct aspect on something,” Worrell said.

In an exercise over the ocean, for example, when a tanker is lost, “you just lost a hundred thousand pounds of gas … and so you’re constantly involved in continuing to solve that problem. And because it’s less about specifically flying the aircraft and managing the sensors and more about making those decisions, you have the brain space to actually start to work through that.”

At the same time that standing up the new squadrons has brought together a broad mix of aviators, flying the F-35 has also built bridges “across services and across alliances,” Worrell said. “We actually had the Australian F-35s up here, and we flew as mixed formations with them—so two of them and two of us in a four-ship … all doing the same tactics from our tactics manuals, and it was incredible to be a part of that.”

The same effect played out in “similar integrations” with Marine Corps F-35Bs, he said.

“When you start to put more F-35s together from different communities, it doesn’t matter where you come from … you’re able to speak the same language and execute the same tactics together.”