Skip to content
Each F-35 contains more than 900 pounds of rare earth elements, which are crucial to targeting, communications, and other systems. China has sought to dominate markets for mining and refining these materials. Here, two F-35 Lightning IIs bank over the U.S. Midwest on Sept. 19, 2019. Master Sgt. Ben Mota
Expand Photo 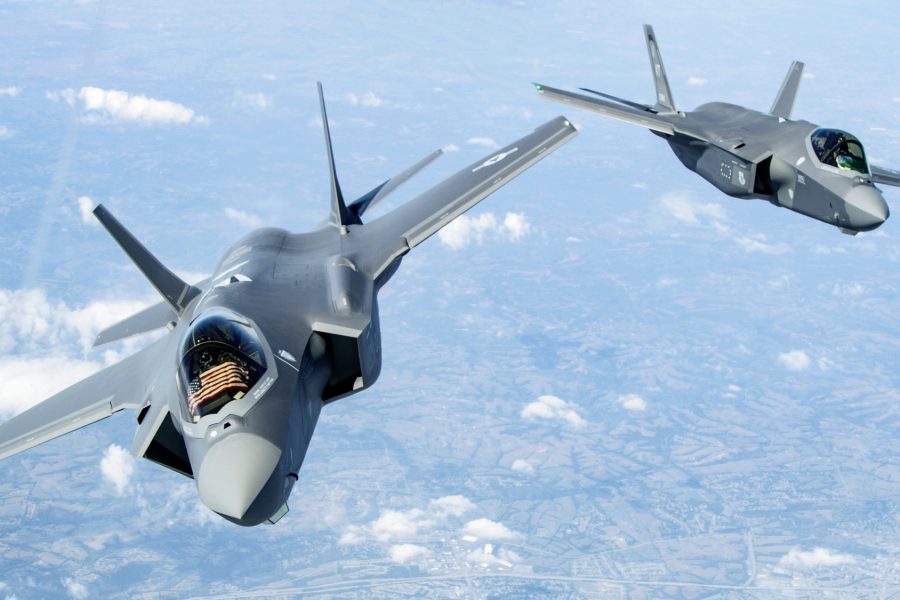 An independent academic team will assess how ready the F-35 is for full-rate production, and its findings will be integrated into a new program timeline, the Joint Program Office reported. Jan. 7.

The group is “assessing current … readiness” of the program’s integration into the Pentagon’s Joint Simulation Environment; a digital platform that evaluates the value of adding more or fewer of various systems, such as submarines, surface ships, vehicles, aircraft, etc., to the joint force. Pending its assessment, the JPO will create a new schedule for the program.

The assessment will not be ready until after the Biden administration comes into office, leaving it to the incoming defense leadership to judge whether and how the F-35 program will proceed.

Pentagon acquisition and sustainment chief Ellen M. Lord, in a December memo, decided to extend the F-35 Operational Test and Evaluation phase past her most recent deadline of March 2021, giving the Joint Program Office until Feb. 28 to come up with a “new acquisition program baseline,” or timetable. That timetable is to be determined in part by an “independent review” entity, or the academic team, the JPO said.

Lord said delays integrating the F-35 in the JSE had to do with the challenges of getting software coders together in secure facilities under pandemic conditions.

The completion of Initial Operational Test and Evaluation (IOT&E), which will permit declaration of readiness for full-rate production—called Milestone C—has been postponed or extended several times since Lord set it for December 2019. While the jet itself has largely cleared all the flight testing necessary to pass Milestone C, the system has not yet been fully integrated into the JSE, which dictates how many F-35s are needed and how rapidly they must be added to the joint force.

The Air Force and other services have been buying the F-35 at a relatively slow rate, pending completion of IOT&E, and hoped-for lower operating and support costs for the F-35. The fifth-generation jet’s acquisition unit cost has come steadily down over the last decade, now less expensive than fourth-generation jets, but its support costs remain higher.

Lockheed Martin has offered the Pentagon a performance-based logistics contract that would get the cost-per-flying-hour of the F-35 down to $25,000 by 2025. The Pentagon has not yet decided whether to accept the proposal, which will also fall to the Biden administration to decide, but Lockheed has said it doubts the F-35’s operating costs can hit that target without the PBL contract, which would involve Lockheed investing more than a billion dollars in parts and sustainment upgrades. The company would be reimbursed out of later savings.