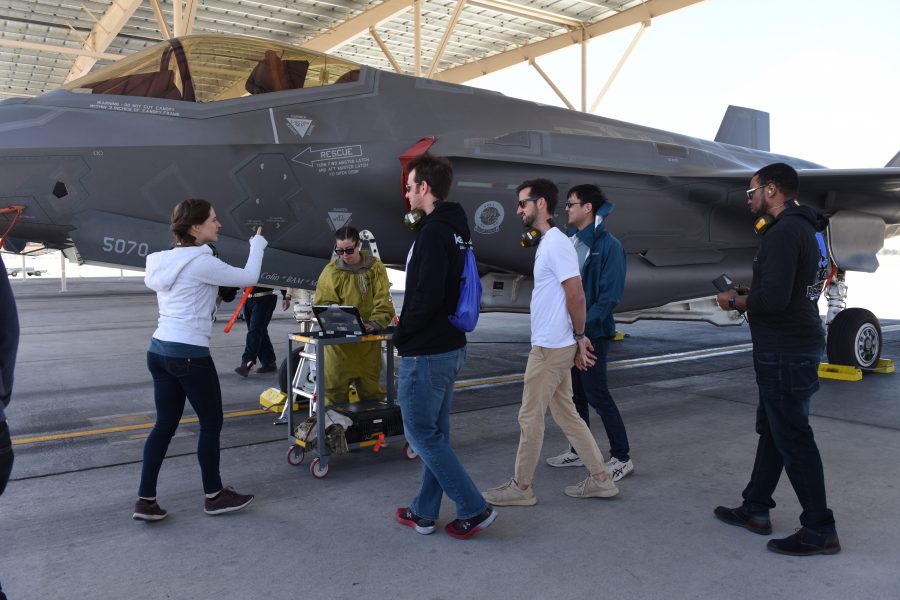 The F-35’s problematic Autonomic Information Logistics System, or ALIS, will be replaced by a new system starting later this year, which it is hoped will be more user-friendly, more secure, and less prone to error. It’s also to be re-branded as ODIN, for Operational Data Integrated Network.

ODIN “incorporates a new integrated data environment,” according to the F-35 Joint Program Office, which put out a release about the change Jan. 21, just a few days after Pentagon acquisition and sustainment czar Ellen Lord told reporters about it outside a Capitol Hill hearing. The system will be “a significant step forward to improve the F-35 fleet’s sustainment and readiness performance,” the JPO said. ODIN is intended to reduce operator and administrator workload, increase F-35 mission readiness rates, and “allow software designers to rapidly develop and deploy updates in response” to operator needs.

The first “ODIN-enabled” hardware will be delivered to the various F-35 fleets late in 2020, with full operational capability planned by December, 2022, the JPO said, “pending coordination with user deployment schedules.” Some ALIS systems being used on aircraft carriers or with deployed units at that time may not get ODIN until they return.

ALIS is the vast information-gathering system that tracks F-35 data in-flight, relaying to maintainers on the ground the performance of various systems in near-real time. It’s meant to predict part failures and otherwise keep maintainers abreast of the health of each individual F-35. By amassing these data centrally for the worldwide F-35 fleet, prime contractor Lockheed Martin expected to better manage spare parts production, detect trends in performance glitches and the longevity of parts, and determine optimum schedules for servicing various elements of the F-35 engine and airframe. However, the system was afflicted by false alarms—leading to unnecessary maintenance actions—laborious data entry requirements and clumsy interfaces. The system also took long to boot up and be updated, and tablets used by maintainers were perpetually behind the commercial state of the art.

An Air Force software shop charged with improving ALIS system software was named “Mad Hatter,” playing off the homonym of ALIS to Lewis Carroll’s “Through the Looking Glass” character, Alice.

“Poor data quality is the top risk to the performance of the new and next generation system,” the JPO said. “That is why the F-35 JPO has prioritized building a new integrated data environment first, using commercial best practice for data management, well-defined and simplified systems of record, and reliable data quality metrics and tracking.” ODIN will be a “cloud-native system that incorporates a new integrated data environment and a new suite of user-centered applications.”

Switching the enterprise to the new system, the program office asserted, will enable “real-time monitoring of system performance and automated collection of performance information, and seamless management of parts, technical orders, and program performance data.”

The Government Accountability Office published a number of reports faulting ALIS for adding unnecessary man-hours and complexity to the F-35 enterprise, saying in a November, 2019 report that USAF maintainers in just one unit reported “more than 45,000 hours per year performing additional tasks and manual workarounds because ALIS was not functioning” the way it was supposed to.

In early versions, ALIS also proved vulnerable to hacking and data theft, another reason for the overhaul of the system, to meet new cyber security needs.

Lord has said in recent press conferences that driving down F-35 hourly operating costs is her highest priority on the program. The F-35 enterprise—which includes the Air Force, Navy, Marine Corps, and more than a dozen foreign partners or customers—is aiming toward an operating cost of $25,000 per flight hour by 2025. The current cost is about $35,000 per flight hour.

Lockheed Martin has pitched a performance-based logistics deal to the Pentagon the company says is the only way the $25,000 per flight hour goal can be met. The unofficial proposal would involve more than a billion dollars of investment from Lockheed in more efficient practices and hardware that would be paid back by the government at a later date. Lord said the Pentagon is reviewing the proposal.