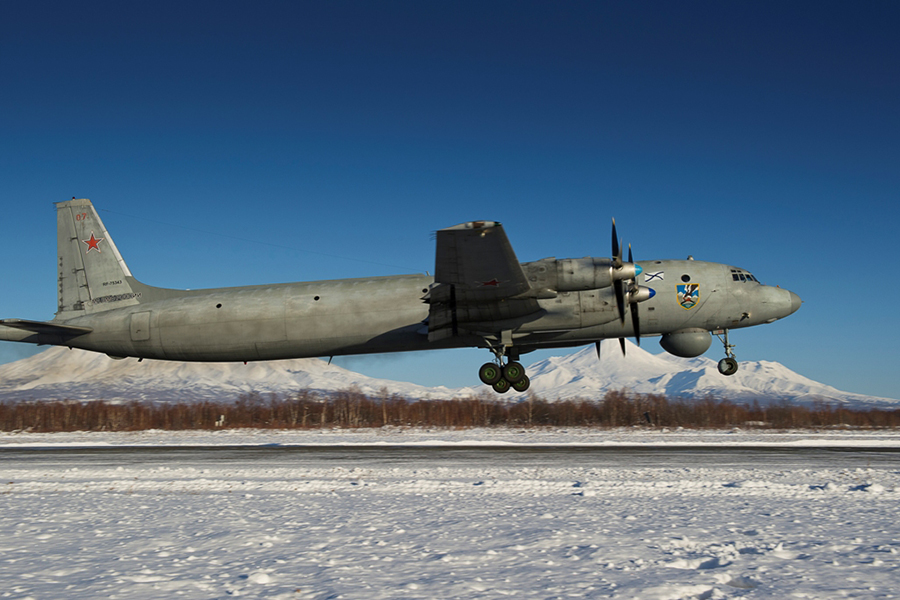 North American Aerospace Defense Command F-22s, with help from a KC-135 assigned to U.S. Transportation Command, intercepted a pair of Russian IL-38 aircraft as they crossed into the Alaska Air Defense Identification Zone late on June 24.

The maritime patrol and anti-submarine warfare planes got within 50 miles of Alaska’s Unimak Island—the largest of the Aleutians—and spent about four hours in the zone, the command announced on June 25.

“For the fifth time this month, NORAD has demonstrated our readiness and ability to defend the homeland by intercepting Russian military aircraft entering our Air Defense Identification Zone,” NORAD and U.S. Northern Command boss USAF Gen. Terrence J. O’Shaughnessy said in the release.

Following each pair of these airborne events, Russia’s Defense Ministry posted footage of its aircraft rendezvousing with USAF tails to its YouTube page. As of press time, though, the ministry hadn’t posted footage of a new close-call with American aircraft.

On June 19, the ministry posted footage of Russian Su-30, Su-35, and MiG-31 fighter jets escorting a USAF B-52H as it flew over the Sea of Okhotsk. The B-52s had forward deployed to Eielson Air Force Base, Alaska, a few days before, following a series of close encounters with Russian aircraft.