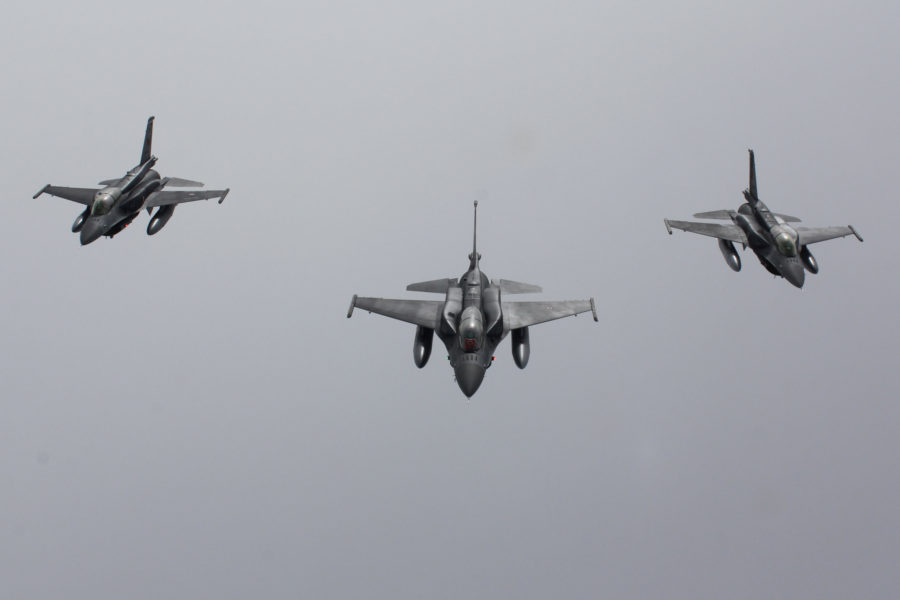 The fate of a $6 billion deal with Turkey to modernize its F-16 fleet is in the hands of the U.S. Congress, President Joe Biden said June 30. Biden also denied any “quid pro quo” to incentivize Turkey’s lifting of objections to Finland and Sweden joining the NATO alliance.

“We should sell them the F-16 jets and modernize those jets as well,” Biden said in a press conference following the NATO leaders’ summit in Madrid. “There was no quid pro quo with that—it was just that we should sell. But I need congressional approval to be able to do that, and I think we can get that.”

“These plans are in the works. And, you know, they need to be worked through our contracting processes,” she added. “The United States supports Turkey’s modernization of its fighter fleet because that is a contribution to NATO security and therefore American security.”

News reports have indicated that Turkey is interested in buying 40 Block 70 airplanes and 80 modification kits with a rough value of $6 billion. Turkey has said in the past that it hopes to use the $1.4 billion already invested in the F-35 program, which the country was kicked out of in 2019 when it purchased the S-400 Russian missile defense system.

Lockheed Martin referred questions from Air Force Magazine about the F-16 sale to the U.S. government.

The State Department’s office of Foreign Military Sales (FMS) declined to comment to Air Force Magazine on any “potential or pending arms transfers before they are formally notified to Congress.”

FMS, however, provided a statement in support of the U.S.-Turkey defense partnership.

The chair and ranking members of the Senate Foreign Relations Committee and the committee’s press office did not immediately respond to inquiries from Air Force Magazine.

“It’s not Turkey—it’s Erdogan,” Menendez said, citing Turkish President Recep Erdogan’s human rights record. “At the end of the day, he needs to change course. We’ve given him off ramps.” Menendez took exception to Turkey’s jailing of lawyers journalists and opposing U.S. interests in Libya and Syria.

Meanwhile, Finland’s and Sweden’s formal approvals to join NATO may hang in the balance if Turkey is not granted any real or perceived requests. Each of NATO’s 30 members must approve the ascension of Finland and Sweden in their domestic parliaments.

An agreement signed in Madrid between the three countries gave Erdogan assurances that concerns about perceived terrorists and terrorism financing by opposition group members residing in Sweden would be addressed.

“First, Sweden and Finland must fulfill their duties, and those are already in the text,” Erdogan said after the NATO summit, according to media reports. “But if they don’t fulfill these, then, of course, there is no way we would send it to our parliament.”