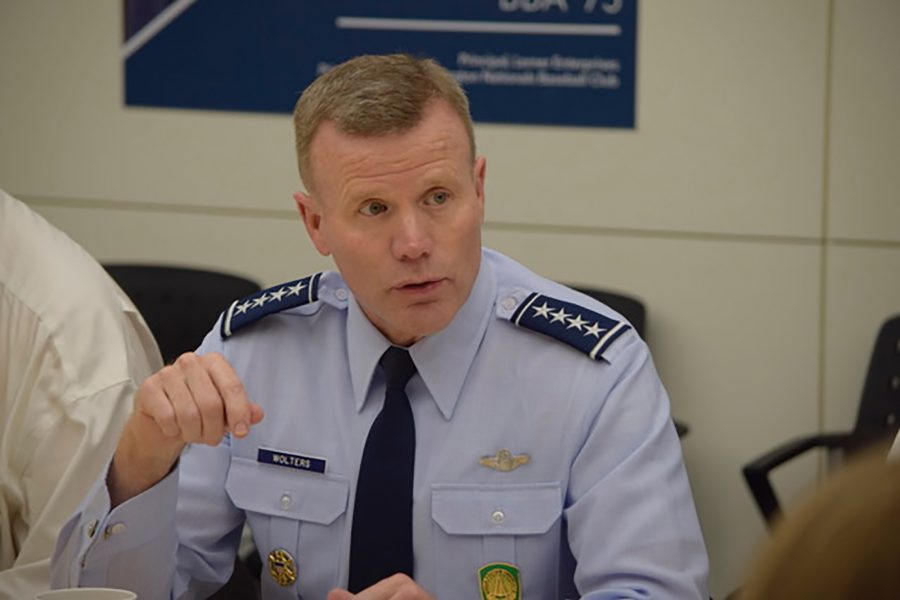 US European Command and NATO are bringing in new remotely piloted aircraft and repositioning aircraft already deployed to the region to ensure it has the best “indications and warnings” of potential Russian activity. But as always, more is needed.

USAF Gen. Tod Wolters, commander of EUCOM and NATO Supreme Allied Commander-Europe, told reporters Dec. 10 that every decision he makes to acquire new capabilities is intended to “improve our indications and warnings, improve command and control, and improve mission command.”

On indications and warnings, this means “ISR hardware and software to see as deeply as you possibly can, and get returns of those views as quickly as you can. … I’m always looking for ISR assets that allow me to see the battle space,” he said.

NATO and EUCOM are bringing on five new RQ-4 Global Hawk Block 40s to “increase our ability to better surveil in Europe, to better defend it, and to better deter.” The first of these aircraft is expected to arrive “very, very soon,” with additional ones expected to be purchased in the future, Wolters said.

But Wolters said even more “elegant” intelligence, surveillance, and reconnaissance assets would be beneficial. In other words, aircraft that fly higher and faster.

The US Air Force also has repositioned some of its aircraft to provide better oversight of the Black Sea region, Wolters said. In July, the Air Force shifted a small detachment of MQ-9s from Poland to Campia Turzii AB, Romania.

This detachment, along with an Aegis Ashore facility in Romania, has shown that EUCOM can “manipulate the resources to comprehensively defend” the region.

“The ISR improvements in the Black Sea have been notable, and they’ll continue,” Wolters said.

The US and Poland in September signed a joint declaration on improving defense cooperation. The document called for an additional USAF remotely piloted aircraft squadron at Last Air Base. Wolters said the discussions on this deployment are ongoing, with no specifics yet on the number of aircraft or personnel it would include.