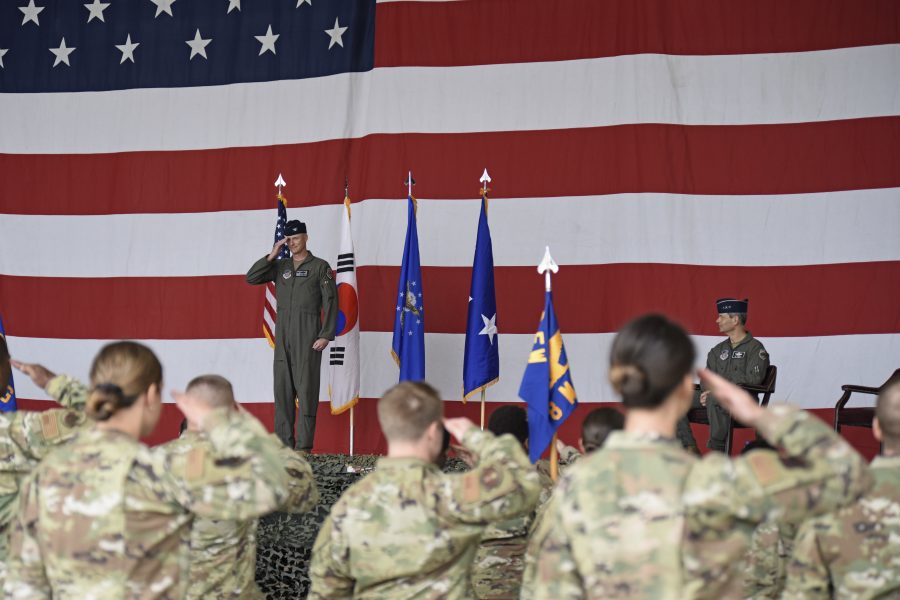 Esper: No Order to Withdraw from South Korea, Though Possibility Remains

While Defense Department leaders have not issued an order to draw down the number of troops in South Korea, Pentagon leaders have left the door open to the possibility that U.S. forces will leave the Korean Peninsula, though key weapons systems will remain.

Although recent reports noted the Joint Staff has presented the White House with options to reduce the footprint in South Korea, Defense Secretary Mark T. Esper said on July 21 the department is “looking at every geographic combatant command and making sure that we are optimized and positioned” to accomplish the National Defense Strategy.

This could include bringing troops home, while focusing more on “dynamic force employments,” such as deploying aircraft, ships, and ground personnel as needed instead of basing them on the Peninsula, which Esper said “gives us, the United States, greater flexibility.”

Pentagon spokesman Jonathan Rath Hoffman, in a separate July 21 briefing, said some commands have “legacy missions and efforts” that could be changed to more efficiently posture U.S. troops.

U.S. Indo-Pacific Command boss Adm. Philip S. Davidson, speaking to reporters July 21, said he has not received an order to look at changing his force posture on the Korean Peninsula. However, as the U.S. modernizes its capabilities and brings on new weapons systems, the F-35 for example, there are different wants to provide “advantages necessary to fight tonight, and fight to win when it comes to” North Korea.

Part of his obligation as the combatant command leader would be to define what the force posture needs to look like. Some forces could leave, and other capabilities would “need to be preserved there,” and his approach going forward will be to provide that guidance.

The Wall Street Journal reported July 17 the Pentagon provided options to the White House to reduce the number of U.S. forces there, as Washington and Seoul argue about how much South Korea should pay to maintain the American presence. There are currently about 28,500 U.S. forces in the country, with key U.S. Air Force fighter wings based at Osan Air Base and Kunsan Air Base.

The news comes after the White House announced plans to remove 9,500 U.S. forces from Germany, with many returning home and some moving to other nations, such as Poland. This announcement has received severe scrutiny on Capitol Hill, with lawmakers of both parties attempting to block the move.