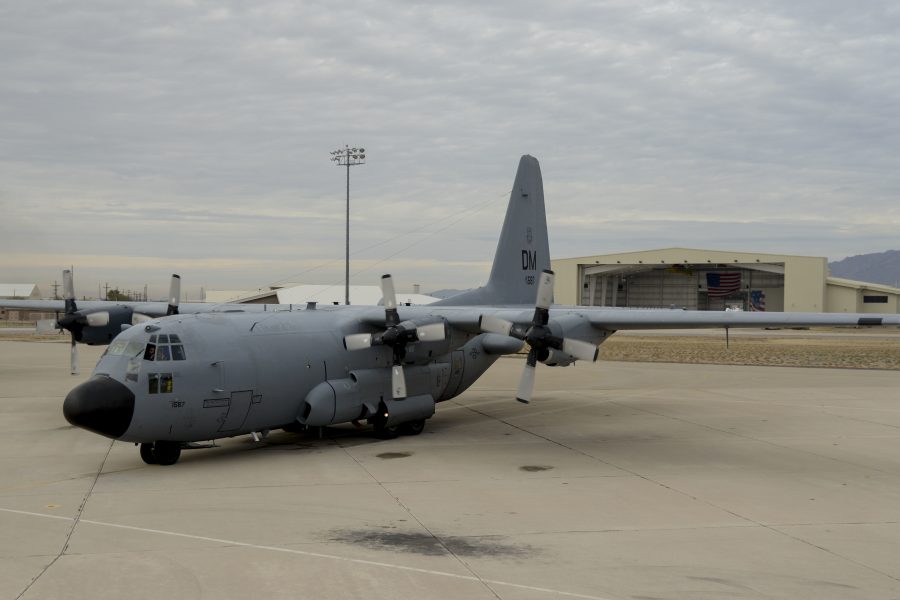 The Pentagon on Oct. 29 released a strategy for military use of the electromagnetic spectrum that could ultimately spur the creation of a new combatant command to oversee those operations.

The Defense Department has waged war via the electromagnetic spectrum for decades, using aircraft like the E/A-18G Growler and the EC-130H Compass Call to jam electronic signals and transmit computer code to other wireless devices.

But a growing number of commercial companies, personal electronic devices, and military systems that use wireless wavelength have crowded and complicated the spectrum in the digital age. That’s leading the military to see electromagnetic warfare and spectrum management as intertwined, not independent, concepts that should be coordinated across the department for the first time.

“This is the beginning of a unique opportunity,” a Pentagon official said on a background call with reporters. “The new strategy will have wide-ranging impacts across the DOD that will shape the future of the department, influencing how the DOD makes decisions on how best to design, resource, and implement EMS concepts as a new foundation for multidomain warfighting.”

The strategy pushes for new tactics, training, technology, and partnerships that would let the military hop across and hide in frequencies more easily, sense and attack or defend against other actors on the spectrum, and better withstand cyberattacks on the spectrum. DOD is considering its options for sharing and leasing frequencies with the private sector so it can digitally patrol as much of that space as possible.

Like many other technology development efforts in DOD, officials want to connect their electronic warfare and spectrum management tools across services to be more responsive and less reliant on a few specific systems built for the EW mission.

That could lead to an overhaul of the Pentagon’s current electronic warfare inventory as it looks to modernize. The armed forces have explored those possibilities for years, and are in the process of replacing certain systems like the Compass Call. That fleet’s hardware is transferring to the EC-37B, a business jet modified for the electronic attack mission that will gradually become available over the next decade.

In the wake of a yearlong enterprise study of EMS issues in 2018, the Air Force moved electronic warfare personnel, like those in the 55th Electronic Combat Group, under a new information warfare organization. The service is also building out its staff at Air Force headquarters to handle the topic and soliciting ideas for EW tech demonstrations.

While the strategy did not delve into possible investments, its implementation is likely to shift future budgets and priorities among the military services and high-level DOD offices. Those changes will also have ripple effects for IT infrastructure modernization, an issue long neglected by the Pentagon, and other areas where the Pentagon wants to share common tools with other federal agencies and industry.

A roadmap to guide the path forward is due out in March. In partnership with the Pentagon’s chief information officer, Vice Chairman of the Joint Chiefs of Staff Gen. John E. Hyten will oversee that rollout as a senior member of DOD’s Electromagnetic Spectrum Operations Cross-Functional Team. Hyten is responsible for quarterly updates to the Defense Secretary on their progress.

As consensus has built inside the Pentagon that space is a warfighting domain like the land, air, and sea, people are still debating whether the electromagnetic spectrum counts as a domain as well.

One major change that might come from the implementation plan is the creation of a combatant command to handle daily electromagnetic spectrum operations. U.S. Strategic Command is currently in charge of that work, but could hand it off to a specialized organization much like it turned space warfighting over to U.S. Space Command last year.

“There’s a recognition in the department that [STRATCOM does] not have enough manning and structure to accomplish all of the things that they need to do within the electromagnetic spectrum,” the first defense official said on background. “A lot has been said about governance at the strategic level here in the Pentagon, but there’s also governance at the operational level that needs to be looked at. For now, that task resides with U.S. Strategic Command.”