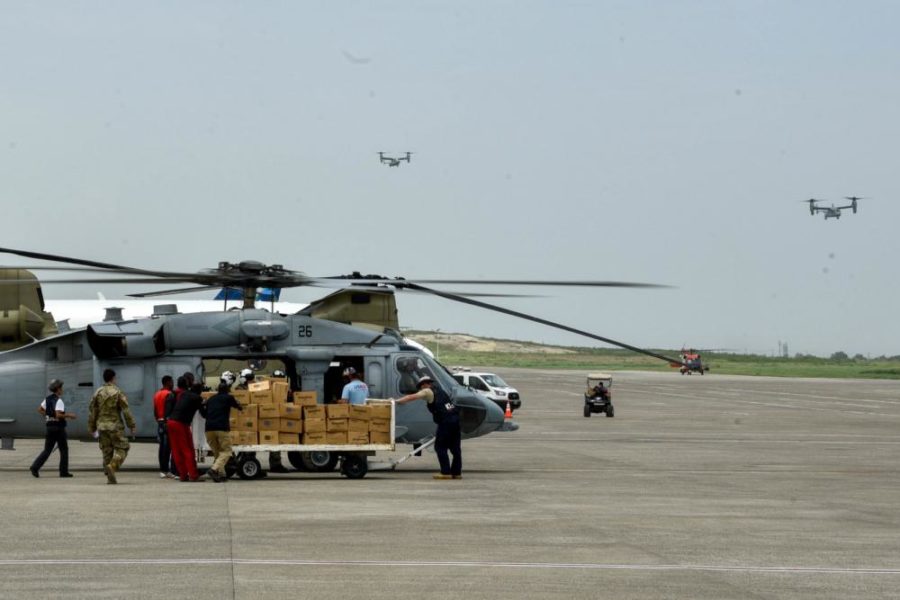 The Defense Department’s joint task force in support of Haiti has helped saved hundreds of lives in the past two weeks, a Pentagon official said, supporting relief efforts for the island nation as it recovers from back-to-back natural disasters.

An Air Force C-130 deployed to Haiti on Aug. 15, carrying a team from U.S. Southern Command to assess the impact of the earthquake. U.S. Southern Command also established Joint Task Force-Haiti, with the Navy using ScanEagle drones and P-8 Poseidon planes to provide aerial images of the areas affected by the earthquake and four helicopters—two UH-60s and two CH-47s—providing airlift support for relief efforts.

As of Aug. 24, the joint task force has conducted more than 346 missions across air, land, and sea since arriving in Haiti, Taylor said, using DOD and Coast Guard assets.

As a result of those missions, the military has assisted or saved “over 436 lives” and delivered more than 163,000 pounds of aid supplies, Taylor said.

Lives saved are counted “when disaster victims are rescued or evacuated with life-threatening injuries or from conditions that pose a direct or potential life-threatening risk,” Jose Ruiz, a U.S. Southern Command spokesman, told Air Force Magazine.

“​​This lifesaving aid and assistance mission is where DOD’s unique capabilities, specifically in airlift and logistics, are engaged each day to get that lifesaving aid where it needs to be rapidly,” Taylor said.

The number of DOD aircraft in Haiti has increased as well—on Aug. 24, Taylor said four MV-22 Ospreys from the U.S. Marine Corps had deployed to the island to bolster 18 DOD and Coast Guard aircraft already supporting the mission, including a Coast Guard C-130. A number of naval ships also have deployed.

The Air Force has deployed four C-130s of its own to Haiti, all from Little Rock Air Force Base, Ark., Ruiz told Air Force Magazine. Specially-trained airfield management personnel deployed as well.

“We know there is much, much more work to do in Haiti to help the Haitian people,” Pentagon spokesman John F. Kirby said Aug. 23. “And we’re committed to being there and to doing that, for as long as possible.”