Discipline for Dover Supervisors after Reprisals against Whistleblowers 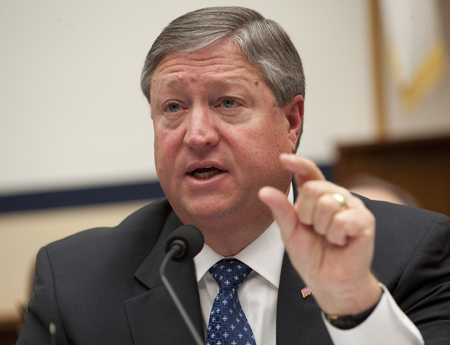 Air Force has initiated “disciplinary proceedings” against former supervisors at the service-run military mortuary at Dover AFB, Del., said Secretary Michael Donley. “We expect to have all decisions complete by mid to late April,” he said in a statement released on March 16. This action comes in response to the US Office of Special Counsel’s Jan. 31 report that found that, during 2009 and 2010, three Dover supervisors retaliated against four mortuary employees who came forward to warn of the mishandling of the remains of some fallen service personnel. OSC’s report, publicly released on March 16, recommended “substantial disciplinary action” against Col. Robert Edmondson, former mortuary commander, and Quinton Randall Keel, then mortuary director. It also called for less severe discipline for Trevor Dean, then deputy director. Edmondson already received a letter of reprimand last April, states the report. Keel resigned from a lesser mortuary position in late February, reported the Washington Post. The four whistleblowers are: James Parsons, Mary Ellen Spera, David Vance, and William Zwicharowski. Corrective actions on their behalf are now complete, according to OSC’s March 16 release. “The Air Force will not tolerate wrongdoing, especially prohibited personnel practices, by employees,” said Donley. He added, “The individuals who reported the allegations in this matter performed an important service to the Air Force and the nation.” (OSC report; caution, large-sized file.)