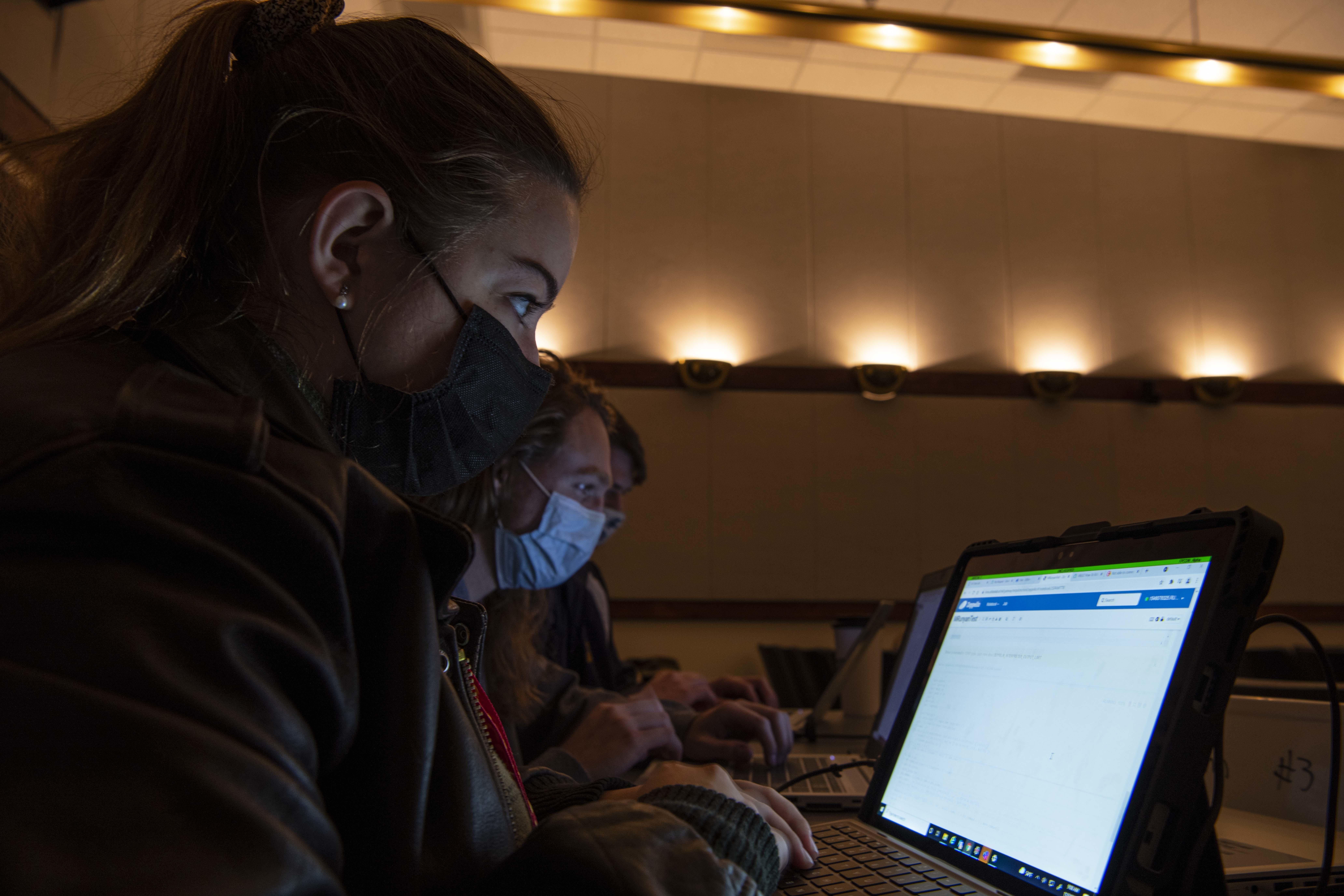 So-called “hackers” from three commands competed in a hackathon Nov. 1-5 to help the Air Force Test Pilot School figure out how to manage stores of data in an expansion of digital engineering.

The Air Force Test Center, which operates the school, wants to expand digital engineering from something largely done for testing “into a more collaborative approach between the test units, program offices, and contractors,” according to a news release by center. “This requires appropriate data collection, storage, transport, and sharing at the right security levels.”

About 40 troops, government civilians, and contractor employees “merged their different abilities” and came up with ideas for how to analyze data across different data sets, to share data, and to “automate certain activities for increased speed,” said Air Force Col. Keith M. Roessig, the center’s vice commander, in the release.

The hackathon also provided an opportunity for professional development—experience in cloud computing, software coding, and data analytics—as well as to “build a technical community,” the center said.

The hackers “all did a great job of recognizing each other’s strengths and using that knowledge to assign tasks,” said Brandon Stiles, chief engineer for the Test Support Division of the Air Force’s Arnold Engineering Development Complex, Tenn., one of the three commands that took part, along with the 412th Test Wing at Edwards Air Force Base, Calif., and the 96th Test Wing at Eglin Air Force Base, Fla.

They collaborated remotely over the Air Force Chief Data Office’s VAULT cloud platform, which gets its name from its description as making data “visible, accessible, understandable, linked, and trustworthy.”

The participants “were key in helping to examine test data formats from other test mission areas and demonstrating the ability to quickly convert data formats that could be used with Python automated analysis tools,” Stiles said.

Now the center plans to stage quarterly hackathons with the next goal “to not only have more participants, but to work with squadrons and hopefully get a bigger mission impact,” said the Capt. Troy Soileau, chief data officer of the 96th Cyber Test Group, in the release. The next hackathon could be as soon as the first quarter of 2022.

The Air Force first launched a white-hat hacking program in 2017, following up on the Defense Department’s first Hack the Pentagon event. Last year, hackers were invited to take control of a DOD satellite in the first-ever event focused on space-based capabilities.