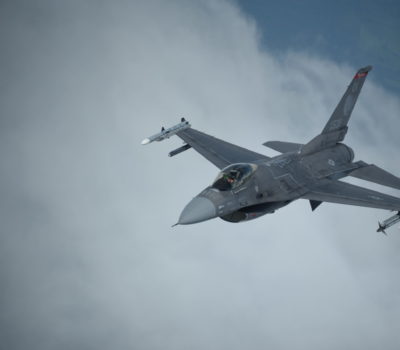 By Greg Hadley
A pilot incorrectly believed he had lost control of his F-16 when he ejected from it over western Louisiana this past March, resulting in the destruction of the $27 million aircraft, according to a new Accident Investigation Board report. The report also faulted the pilot and the flight lead accompanying him during the training exercise for failing to follow Air Force rules and regulations as they attempted to intercept a civilian aircraft that was not participating in the exercise. 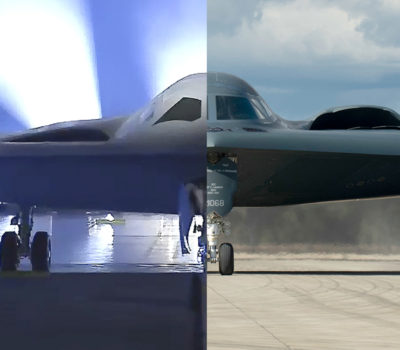 By John A. Tirpak
The unveiling of the new B-21 bomber was staged to keep many of its innovations under wraps, but more than 34 years of technological advances since the B-2’s 1988 rollout were clearly in evidence. Although a senior Northrop Grumman official said the majority of what makes the B-21 a “sixth-generation” combat aircraft is "on the inside,” a number of external features point to its evolution from the technology of the B-2, which is also a stealthy flying wing. 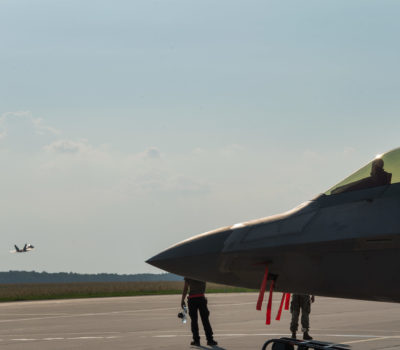 By Chris Gordon
F-22 Raptors are leaving Europe after a four-month deployment, U.S. Air Forces in Europe said. The stealth fifth-generation fighters were sent to NATO's Eastern Flank in July and mainly operated out of Poland, conducting air policing missions in response to Russia's renewed invasion of Ukraine. F-15E Strike Eagles from RAF Lakenheath, U.K., have taken over the air policing mission out of Poland as of Nov. 29, USAFE said. A spokesperson said the F-22s are "transitioning" back to their home base. 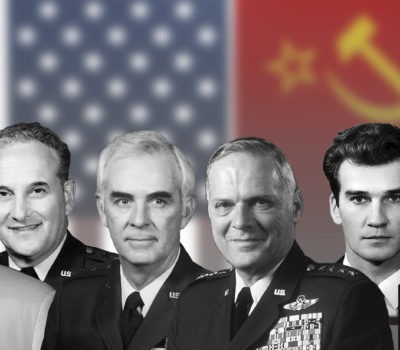 By Brian J. Morra
How the Air Force helped avert a nuclear catastrophe and save the world.

After years of development, prototyping, and test flights, the Army announced that Bell Textron’s Valor tiltrotor has won the service’s Future Long-Range Assault Aircraft (FLRAA) competition to be the successor to the aging UH-60 Black Hawk and a key component of the Army’s future force. The announcement gives Bell a massive victory not just in America but with the global community of 28 Black Hawk operators, many of whom are likely to follow the Army’s lead when looking for a replacement in the future.

President Joe Biden and his Pentagon chief oppose any effort to repeal the vaccine mandate for troops, setting up a fight with lawmakers who want to roll back the policy as part of the upcoming defense policy bill. “The president agrees with Defense Secretary Lloyd Austin that the Pentagon should continue to require all service members be vaccinated and boosted against Covid-19,” National Security Council spokesperson John Kirby told reporters.

One of the House Armed Services Committee’s top Republicans is skeptical that Boeing’s replacement for the KC-46’s troubled vision system will pan out, and wants the Air Force to hedge its bets by holding a competition for its next tanker variant. Next year, the Air Force is set to decide whether to hold a competition for its follow-on to the Boeing KC-46—a program interchangeably called KC-Y or “bridge tanker”—or to simply continue buying KC-46s beyond the 179-aircraft program of record.

In August, the Pentagon had halted delivery of the F-35 after Honeywell, the maker of a key engine component, told Lockheed Martin it had new concerns about the provenance of one part. Specifically, the subcontractor had learned that a magnet in the component had been made for years using raw materials sourced in China—a violation of federal procurement rules. The Defense Department ultimately decided the Chinese alloy didn’t endanger or compromise the F-35, and it granted a waiver in early October for deliveries to resume. But the high-profile incident spotlighted a quandary for Pentagon leaders, one the department has struggled to address and was warned about for more than a decade: how to keep counterfeit parts and other unauthorized material from sneaking into the department’s sprawling supply chain.

In Episode 105 of the Aerospace Advantage podcast, “Congressional Update, B-21 Rollout, & CCA Vectors: The Rendezvous,” John “Slick” Baum chats with retired Air Force Lt. Gen. David A. Deptula, Anthony Lazarski, Todd Harmer, and Caitlin Lee to discuss the air and space topics in the national security headlines. This week, we consider how the congressional election results will affect defense priorities on The Hill, thoughts regarding the fiscal 2024 defense budget submission, latest developments for collaborative combat aircraft, the latest news regarding Ukraine, what it will take for the defense bills to cross the finish line this year, and long-range strike in light of the B-21’s debut.

Britain’s National Audit Office (NAO) said the UK Ministry of Defense cannot afford to fund “all the capabilities” listed in the 2021 Integrated Review of Security, Defence, Development, and Foreign Policy. The Integrated Review, as it is more commonly referred to, was trumpeted by former Prime Minister Boris Johnson as the largest review of UK defense capabilities since the Cold War, but the verdict from the NAO delivers a hard-hitting critique of decision-makers failing to properly manage and deliver major military procurements.

The Making of the US Military's New Stealth Bomber

The question hanging over the B-21 is whether Northrop Grumman and the Air Force have learned their lessons from the past before embarking on this new, massive, strategic gamble. For the past year, Time has followed the development of the B-21, visiting Plant 42 ahead of the rollout, observing engineering, manufacturing and testing teams; speaking with more than three dozen military, industry, and political personnel involved with the program; and reviewing government documents detailing costs and development. While the program has hit early milestones, the largest challenges lie ahead for the Pentagon and its tendency to underestimate risk, technical difficulty, and cost to get big-ticket programs such as the B-21 rolling.

B-21 Raider Test Pilots Talk About Its Upcoming First Flight

Sometime next year, if all goes according to plan, Air Force Lt. Col. Clifton Bell and Northrop Grumman test pilot Chris Moss are expected to be the first to take the B-21 Raider known as T1 into the air, making the first flight of the deep penetrating bomber designed to be the most advanced stealth warplane ever built. It will be the first test flight of a new American bomber in 33 years.

The Defense Department has established an office to help connect companies developing “critical technologies vital to national security” with private capital funding. DOD said the new Office of Strategic Capital—or OSC—will help ensure that technologies “such as advanced materials, next-generation biotechnology, and quantum science” receive the long-term funding they need “to bridge the gap between the laboratory and full-scale production.”

Fresh off another nine-win regular season, the Air Force Falcons learned on Dec. 3 that they will face the Baylor Bears in this year’s Armed Forces Bowl on Thursday, Dec. 22. The Falcons did just about everything short of winning the Mountain West in 2022, reclaiming the Commander-in-Chief’s Trophy while holding on to the Ram-Falcon Trophy and pummeling in-state rival Colorado during non-conference play back in September.

A C-130E from the 37th Airlift Squadron at Ramstein Air Base, Germany, begins the airlift of troops and equipment into Tuzla, Bosnia, for Operation Joint Endeavor, NATO's first peacekeeping effort (Dec. 20, 1995 - Dec. 20, 1996).