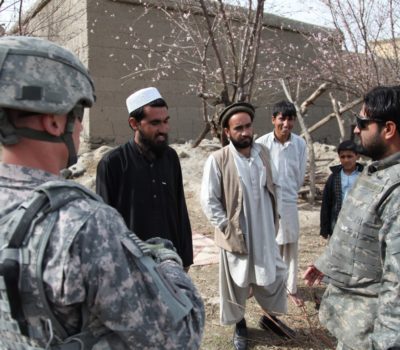 By Brian W. Everstine
The Biden administration will evacuate thousands of Afghan interpreters as the U.S. military withdraws from the country, with planning speeding up this week as Afghan leaders visit the White House and the Pentagon. President Joe Biden, June 24 said “We’ve already begun the process. Those who helped us are not going to be left behind.” U.S. Secretary of State Antony Blinken said earlier this week that there are about 18,000 people who have expressed interest in using the Special Immigrant Visas for Afghans to come to the United States. Pentagon spokesman John F. Kirby said June 24 that the Defense Department is planning with the State Department and the Department of Homeland Security on what the process would look and what a possible timeline could be. 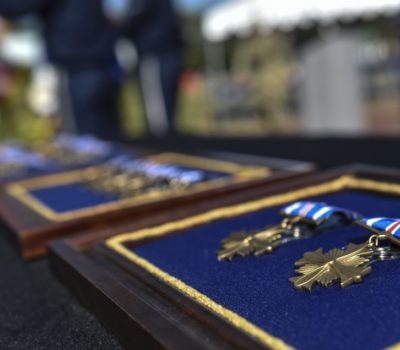 By Brian W. Everstine
The crew of an AC-130J on June 22 received Distinguished Flying Crosses and Air Medals for protecting helicopters evacuating wounded American and Afghan forces during a September 2019 fight in Afghanistan. The Ghostrider, callsign Shadow 71, provided about two hours of constant close air support for friendly forces. During the mission, the AC-130J fired on multiple enemy positions and provided cover for helicopter assault forces that landed and evacuated wounded ground forces. 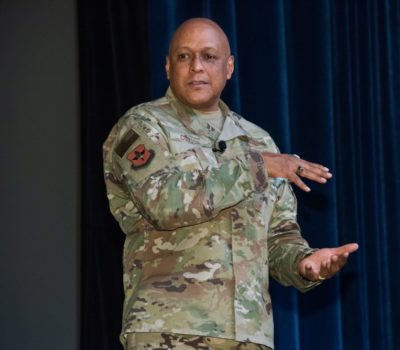 By Brian W. Everstine
President Joe Biden will nominate Lt. Gen. Anthony J. Cotton to take over as the next commander of Air Force Global Strike Command. If confirmed, Cotton, currently AFGSC’s deputy commander, would replace retiring Gen. Timothy M. Ray, who has led the command since 2018. Cotton, who started his Air Force career as a missileer, has held several nuclear-related command positions including commander of 20th Air Force and the leader of the 45th Space Wing and the 341st Missile Wing. Before taking over as AFGSC’s No. 2, Cotton was the commander and president of Air University. 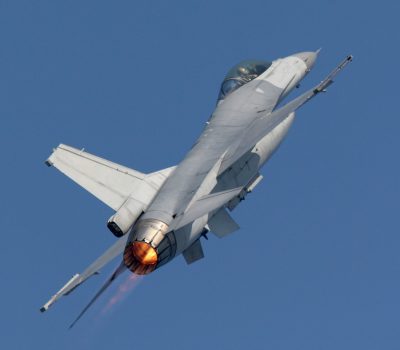 By Greg Hadley
The State Department has approved the potential sale of a dozen F-16 jets, plus AGM-84 Harpoon missiles and AIM-9X Sidewinder missiles, to the Philippines, the Defense Security Cooperation Agency announced June 24. All told, the sales would total up to nearly $2.9 billion, with the majority of those funds going to the F-16s and accompanying weaponry and equipment.

As of June 17, 1,339 officers and enlisted airmen were approved to retire by Sept. 1, separate by Sept. 29 or participate in the Palace Chase program, said Air Force spokesperson Maj. Holly Hess. Palace Chase lets active-duty members transfer the remaining time in their military commitment to serve in the Air National Guard or Air Force Reserve.

The integration of two defensive systems on the Boeing MH-139A helicopter has delayed two Federal Aviation Administration supplemental type certificates for the aircraft–both required approvals, given that the helicopter adds military equipment to the Leonardo-supplied AW139 commercial helicopter. In fiscal 2021, the Air Force received $194 million for eight MH-139As, but the service has budgeted none for fiscal 2022 because of the FAA STC approval delays.

National Guardsmen just completed a two-week training exercise which saw them respond to a simulated cyberattack that took out critical utilities across the United States. The exercises have become an annual event, but this year took on even more significance after coming on the heels of several major ransomware and cyber attacks that crippled large parts of American infrastructure in recent months.

Two Reasons Britain Could Slow its Purchase of the F-35

The high costs of supporting F-35s and a failure to quickly integrate the MBDA Meteor missile to the aircraft could slow British plans to buy more of the jets, defence secretary Ben Wallace warned June 23. Wallace told Britain’s Parliamentary defence select committee that he had the budget to buy more than the 48 jets the military has already ordered, but wanted to see progress controlling maintenance costs and fair treatment for integrating Meteor.

Russia Says Next Time it May Fire to Hit Intruding Warships

Russia is prepared to target intruding warships if they fail to heed warnings, a senior Russian diplomat declared June 24 after a Black Sea incident in which a British destroyer sailed near Crimea in an area that Russia claims as its territorial waters. Russia said one of its warships fired warning shots and a warplane dropped bombs in the path of British destroyer Defender to drive it away from waters near the Crimean city of Sevastopol. Britain denied that account, insisted its ship wasn’t fired upon and said it was sailing in Ukrainian waters.

The U.S. Space Force later this year will begin to take over the operation of 11 Navy narrowband communications satellites. It also will absorb Army units that currently operate military communications payloads, a Space Force official said June 23. The transition, scheduled to begin in October, will create a more integrated U.S. military satcom enterprise which for decades has “largely been a loose federation,” said Col. Matthew Holston, commander of Space Delta 8 at Schriever Air Force Base, Colorado.

“The stark reality is that after two wars, a generation-long occupation of foreign lands, more than 6,500 Americans killed and more than 52,000 wounded, and trillions of dollars expended, the results are highly unsatisfying. While it is tempting to simply ‘run for the exit,’ President Biden and his team should ensure the U.S. drawdown from Afghanistan preserves key military options to protect enduring interests—namely, to manage the threat posed by terrorism and violent extremists. Air and space power will be key elements of those options,” writes David Deptula, Dean of the Mitchell Institute for Aerospace Studies.

Special Operations Command’s chief data officer is looking beyond the military’s multi-domain operations strategy for the best way to manage a deluge of data and information. The Defense Department is currently developing a vast network of “internet-of-things” devices that will connect the services’ platforms, preparing them for multi-domain operations across air, land, sea, space and cyberspace. Joint all-domain command and control, or JADC2, is envisioned as a way to better link the armed forces’ sensors and shooters on the battlefield in support of the concept.

In January of this year, the Pentagon quietly demanded the resignations of the 21 volunteer members of the Defense Advisory Committee on Women in the Services, a roster that included eight retired generals and admirals. The ink was barely dry on the committee's 70-year historical review, a 58-page document that described how DACOWITS had advocated on behalf of military women since 1951 on issues ranging from their right to fly fighter jets and serve in combat to the fit of body armor and online harassment.

Graduation is quite an achievement for young Marines who have conquered boot camp—but this year's graduation is truly one for the ages. And for the first time since COVID-19 hit, all family members are allowed to attend the proud moment. In attendance for graduation is legendary Marine Hershel "Woody" Williams. At 97, he is the last living Medal of Honor recipient from World War II. Among the new Marines passing in review is his great-grandson, Cedar Ross.