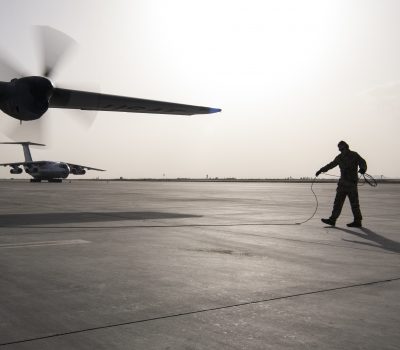 By Brian W. Everstine
The number of troops deployed to Afghanistan could increase in the coming months to enable the full withdrawal of U.S. and coalition forces, a DOD spokesman said, and it is too early to tell what the remaining contractor presence will be to continue support for Afghan forces. President Joe Biden announced April 14 that it is “time to end the forever war” in Afghanistan, with troops beginning to leave May 1 and a full withdrawal by Sept. 11, 2021. The announcement is an extension from the prior deadline of early May, which was agreed upon as part of the 2020 U.S. agreement with the Taliban. Still, it is “not out of the realm of the possible” that more troops will deploy in the coming months to Afghanistan to meet the needs that arise as part of the retrograde, Pentagon Press Secretary John F. Kirby said in an April 16 briefing. For example, additional engineering, logistics, and force protection forces could be needed to allow for a “safe, orderly, and deliberately planned” drawdown. 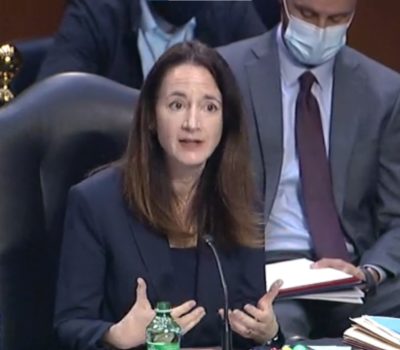 DNI: Cyber Is The Common Weapon Among Top Adversaries

By John A. Tirpak
The top four U.S. adversaries—China, Russia, Iran and North Korea—are improving their military capabilities but relying increasingly on cyber means to challenge the U.S. and blunt its influence around the world, the intelligence community's annual threat assessment says. The report comes amid military tensions with both China and Russia. 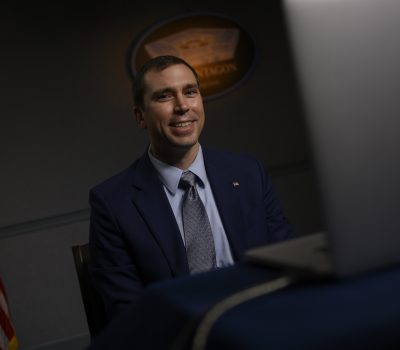 By Amanda Miller
The Defense Department's Space Development Agency wants to blanket Earth with a constellation of low-cost, open-architecture data-relay and missile-tracking satellites whose sheer numbers, along with their 1,000-kilometer-high orbits, would theoretically thwart some modes of interference—but not all. With all going according to plan so far, SDA expects to launch five technology-demonstration satellites this year to test the feasibility of the National Defense Space Architecture plan. SDA Director Derek Tournear updated the Washington Space Business Roundtable on the SDA’s flagship program April 14. 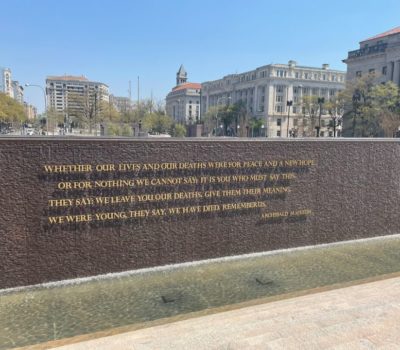 By Brian W. Everstine
The World War I Centennial Commission officially raised the flag at the new National World War I Memorial in Washington, D.C., with a unique salute to the early days of air power. During the April 16 ceremony, two F-22s from the 94th Fighter Squadron at Joint Base Langley, Va., performed a flyover of the memorial site. The 94th Fighter Squadron dates back to the famed “Hat-in-the-Ring” 94th Aero Squadron, which was designated as an independent unit under the VIII French Army and deployed to France in 1918 as part of the allied war effort. 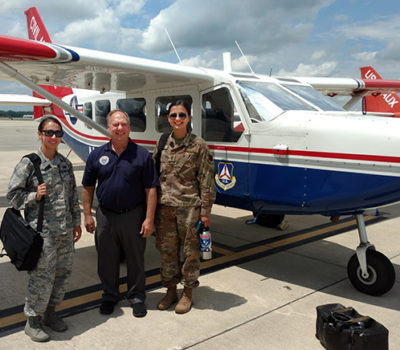 By Brian W. Everstine
Active-duty Airmen interested in becoming rated officers can apply to train with the Civil Air Patrol and start their paths to becoming pilots. The Air Force has opened the application window for the Fall 2021 Rated Preparatory Program, the fourth iteration of the approach started in 2019 to help address the service’s pilot shortage. “The Rated Preparatory Program is a unique opportunity for officers and enlisted,” said Col. John O’Dell, Aircrew Task Force deputy director, in a release. “For anyone who is considering pursuing a career as a rated officer, and wants to gain basic aviation skills to become more competitive, RPP can make a significant difference.”

Although civilian control over the military is deeply embedded in the U.S. Constitution, it's currently under threat.

The Defense Advanced Research Projects Agency awarded three contracts this week to design a nuclear thermal propulsion system that will operate above low Earth orbit in 2025.

The Joint Staff, DoD and Congress are exploring how to change acquisition authorities to more rapidly move Joint All-Domain Command and Control (JADC2) capabilities into the field.

“The nuclear disaster in Palomares caused untold suffering and harm to the servicemembers sent in to clean up radioactive material without adequate protective gear or warning of severe health risks,” Blumenthal said in a statement. “Yet fifty-five years on, the VA still hasn’t recognized radiation risks at Palomares, cutting off benefits and health care for these deserving veterans.”

Another Year, Another Record-High Budget Request for VA

The pandemic has prompted the Department of Veterans Affairs to pivot and take on new missions, but in many ways, the conversations surrounding the agency’s budget haven’t changed all that much.

Maryland is currently one of the top states in the country for vaccinating Black, Asian, and Hispanic residents, according to data from the Kaiser Family Foundation and a big reason is an effort led by the Maryland National Guard, officials said.

The first female enlisted Airman soon will enter training to become a combat controller, a milestone for the Air Force's efforts to add women to its elite special warfare ranks.

Poland’s Minister of National Defense, Mariusz Blaszczak, announced that the country’s air force will receive five Lockheed Martin C-130H Hercules turboprops. They are former U.S. Air Force (USAF) aircraft currently held in storage and are being acquired under the Excess Defense Articles scheme. The government-to-government deal was signed on April 13 and follows a letter of request that was submitted by Poland in September 2019.

As we make strides on the path to recovery from the COVID-19 pandemic, the aviation industry is set for a comeback. That’s a good thing for an industry that has suffered tremendously, including losing tens of thousands of jobs.

How Long US Will Fund Afghan Military An ‘Open Question’

Lawmakers signaled today that the withdrawal of US forces from Afghanistan may not mean the end of US commitment, particularly in supporting the Afghan special forces.

The Biden administration has asked the Supreme Court to decline to hear a lawsuit alleging that America's all-male military draft amounts to unconstitutional discrimination on the basis of sex.

A “brounion” of epic proportions was caught on camera, and people across the world can’t seem to get enough of it.