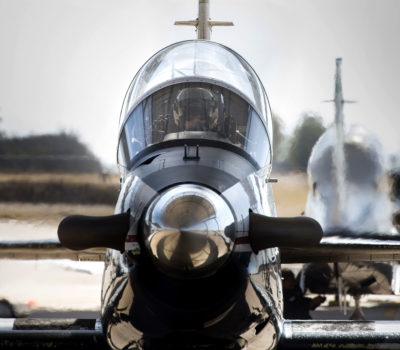 How USAF is Trying to Reduce Training Mishap Rates

By Brian W. Everstine
The Air Force is improving its supply chain and simulators, expanding the time for pilots to train, and trying to keep seasoned Airmen in to help bring down the rate of training mishaps, but the service’s No. 2 told lawmakers USAF still can't meet programmed flying hours even though pilots say they want to fly more. Gen. David W. Allvin, the vice chief of staff of the U.S. Air Force, told the House Armed Services Committee during a March 23 hearing on training accidents that preventing mishaps is a “top priority for the Air Force,” and said the rate of the incidents has fallen in recent years. 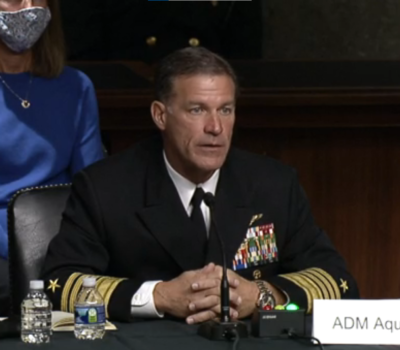 By Brian W. Everstine
The Indo-Pacific region needs a large influx of spending to bolster missile defense, both at the strategic location of Guam and at other locations across the vast area of operations, the nominee to lead the region’s combatant command argued March 23. Adm. John C. Aquilino, the commander of the Navy’s Pacific Fleet who has been tapped to lead U.S. Indo-Pacific Command, told lawmakers the command’s recently disclosed $4.7 billion Pacific Deterrence Initiative request for the next fiscal year is the “poster child” of top capabilities needed in the military’s priority theater. If confirmed, Aquilino would replace Adm. Philip S. Davidson, who has led the command since May 2018. “The missile defense concern is throughout the theater,” Aquilino said. 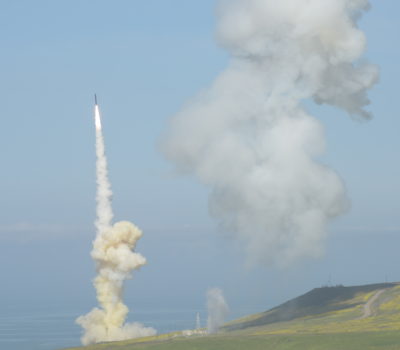 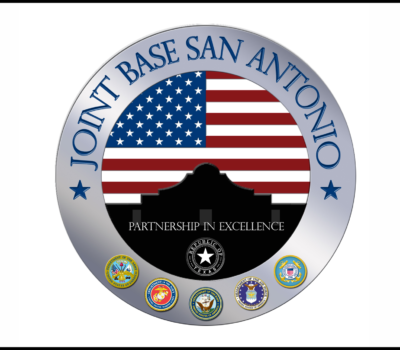 By Brian W. Everstine
The Department of Health and Human Services on March 23 asked the Pentagon to evaluate two bases to be used to house unaccompanied immigrants, including Joint Base San Antonio, Texas. Pentagon spokesman John Kirby told reporters DOD is beginning to evaluate the requirements. HHS requests the vacant dormitory at JBSA and open land at Fort Bliss, Texas, to alleviate strain at other facilities along the border.

An article in the March 22 Daily Report, “HASC Cites ‘Enormous Concern’ About F-35; Readiness Chair Suggests Buy Cutback,” identified the incorrect political party for Rep. John Garamendi. He is a Democrat from California.

The 53rd Wing, which oversees operational testing and evaluation at Eglin Air Force Base on Florida’s panhandle, uses an average of 140 BQM subscale drones per year for live-fire training, spokeswoman Capt. Savanah Bray said Monday. “Very few BQM-167As—just one to two a year—are unable to be retrieved via one of those two methods, as was the case with the one that washed ashore on Friday,” Bray said in an email.

“Fleets of ships, aircraft, vehicles, and other equipment are reaching the end of their service lives, hitting the edge of their upgrade limits, and losing combat relevance. As great-power competition accelerates, the United States is offering a free and open window of opportunity and advantage to its adversaries. Unless policymakers take concrete steps now, defense leaders will continue America’s sleepwalk into strategic insolvency and its consequences. The aptly named ‘Terrible 20s’ have arrived,” writes Mackenzie Eaglen, from the American Enterprise Institute.

“The enduring high demand for ISR comes down to the need for actors at the strategic, operational and tactical levels to have situational awareness to know how best to complete their missions—how to best get the job done, while avoiding undue risk. The vast majority of real-time ISR is secured through uninhabited aerial vehicles (UAVs), also called drones. However, despite their popularity, the Department of Defense (DOD) has them on the chopping block. For 2021, DOD elected to cut contractor-operated airborne ISR missions in the Middle East and Africa, despite combatant commanders emphasizing the need for these critical capabilities. This is something the Biden administration should reassess as it reviews the budget,” writes retired Air Force Lt. Gen. David A. Deptula, dean of AFA’s Mitchell Institute for Aerospace Studies.

“Technical training typically isn’t done well in the Air Force, so there is a demand to upskill our technical airmen for the jobs we need. DU was built to be that central hub,” said 1st Lt. Peyton Cleveland, who built much of the backend of the new course paths.

UK All In on FCAS Fighter in New Defense Plan

“We've committed to 48, we'll buy 48” F-35s, U.K. Minister for the Armed Forces James Heappey said. The original plan was to buy 138 fifth-generation fighters, but British officials in recent months have declined to say that number is still the target.

Listen to the Mitchell Institute's Peter Huessy and Franklin C. Miller, principal at the Scowcroft Group, as they discuss the importance of the ICBM leg of the triad, the need for warhead modernization, and why maintaining a modern nuclear triad is essential to U.S. national security needs of the 21st century.

Larry Lee Harris, 66, allegedly started following the three National Guard vans, en route to Matador, Texas, after they stopped at a Love’s gas station in Lubbock, and “attempted multiple times” to run their vehicles off the road, Idalou Police Chief Eric Williams said in a statement. After those attempts failed, Harris then turned his truck in front of the convoy, forcing it to stop. He got out of his truck and aimed his .45 caliber handgun at one of the guardsmen, who was unarmed.

With 'Historic' Bomber Flights on Opposite Sides of the Planet, the US Air Force is Sending a Message to Friends and Foes

February was a historic month for U.S. Air Force bombers, with two first-of-their-kind operations on opposite sides of the globe.

The Pentagon’s renewed focus on space and the standup of the U.S. Space Force are boosting demand for technologies being developed by commercial companies. The Air Force technology accelerator known as AFWERX is responding by creating new opportunities for space entrepreneurs. “We see space as a rapidly growing sector,” said Jason Rathje, who leads the AFWERX investment arm known as AFVentures.

Hill Aerospace Museum will soon get an additional gallery, as the Utah State Legislature has appropriated $12 million toward construction of a third aircraft hangar. “We are excited about improving the care of the collection and developing our storyline to enhance our visitors experience as they learn about the dynamic, impactful history of Hill Air Force Base and Utah aviation ,” said Aaron Clark, Hill Aerospace Museum director. “We are humbled our state leaders recognize the impact this museum makes, both locally and nationally.”

U.S. military pilots and satellites have recorded ‘a lot more’ UFO sightings than have been made public, John Ratcliffe says.