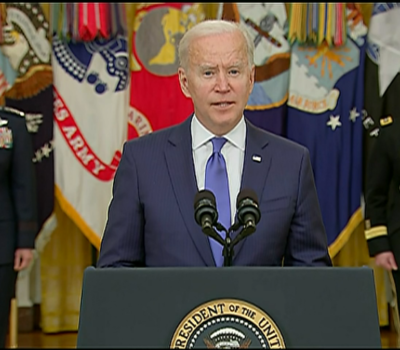 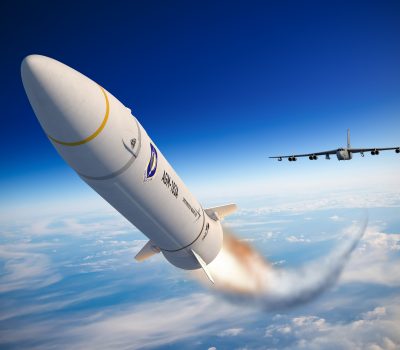 By John A. Tirpak
An AGM-183A Air-launched Rapid Response Weapon hypersonic missile is being readied for its first booster flight at Edwards Air Force Base, Calif., the Air Force announced March 5. The missile that flies within the next month will not be an all-up round. Instead, the test will run the missile through separation, booster ignition, and separation of a dummy glide vehicle. 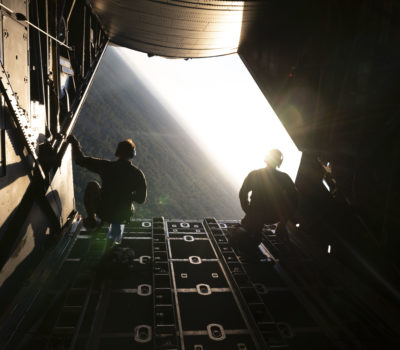 By Amy Hudson
The Air Force rolled out new interim height standards for Career Enlisted Aviators aimed at improving aircrew diversity and “safely meeting accession demands,” as the Air Force Life Cycle Management Center works to update a 1967 anthropometric study used to establish USAF flight requirements for more than half a century. Nearly 35 percent of the Total Force aviator community is made up of enlisted flight crew in a variety of Air Force Specialty Codes, including in-flight refueling, flight engineers, flight attendants, aircraft loadmasters, airborne mission systems operators, and cryptologic language analysts. CEAs work on 32 different aircraft in the Air Force inventory, and the AFLCMC study will look at roughly one aircraft per month until the fleet-wide evaluation is complete in 2022, according to the release. 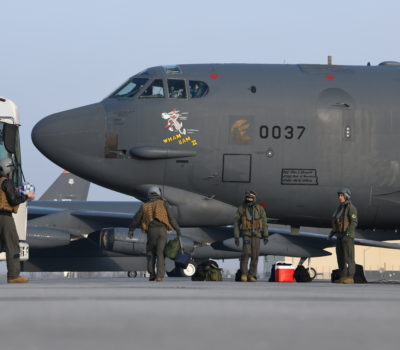 B-52s Fly Direct to Middle East in Message to Iran

By Brian W. Everstine
Two B-52s flew direct to the Middle East on March 7 in a mission to “deter aggression” amid high tensions with Iran. The B-52s from the 69th Bomb Squadron at Minot Air Force Base, N.D., linked up with aircraft from multiple partner nations, including Israel, Saudi Arabia, and Qatar, according to a U.S. Central Command release. It marked the fourth time bombers have flown to the Middle East this year, according to CENTCOM. 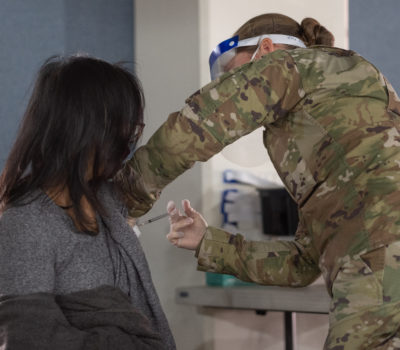 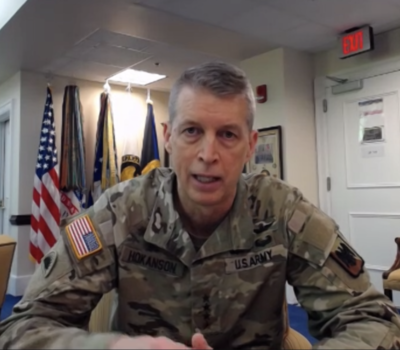 By Jennifer-Leigh Oprihory
While the Guard can’t force troops to get a COVID-19 vaccine, it is engaged in educational initiatives to keep personnel informed about what’s available. “We just try to educate people on the potential benefits of getting the vaccine and we’re doing the best we can to let people know that we’ve got vaccine available, and that there are some good points for opting in, but I can’t go beyond that to the point where I would appear to be having undue command influence in telling people to get vaccinated because it’s not a requirement yet,” Washington Adjutant General Army Maj. Gen. Bret D. Daugherty said on March 5.

U.S. Secretary of State Antony Blinken in a letter to Afghan President Ashraf Ghani offered proposals to accelerate the peace process, including convening a UN-facilitated conference with international stakeholders, facilitating discussion between the two sides to form a negotiated settlement and ceasefire, holding a meeting in Turkey between both sides to finalize a peace agreement, and revising the proposal for a 90-day reduction in violence. However, Blinken also made it clear the United States is considering all options regarding Afghanistan, including the May 1st deadline for full withdrawal.

U.S. and Iraqi officials believe that an Iran-backed group with a history of targeting Americans in Iraq was responsible for a March 3 attack on an Iraqi air base that hosts U.S. troops. While the investigation into the attack on Al-Asad air base in the western province of Anbar is still ongoing, officials believe that Kataib Hezbollah, an Iranian-backed paramilitary force, or an affiliated group, was responsible, according to two defense officials familiar with early intelligence.

The United States and South Korea have reached agreement in principle on a new arrangement for sharing the cost of the American troop presence, which is intended as a bulwark against the threat of North Korean aggression, both countries announced. The State Department’s Bureau of Political-Military Affairs said on March 7 that the deal includes a “negotiated increase” in Seoul’s share of the cost, but it provided no details.

The cyberespionage campaign is said to be affecting the U.S. defense industrial base, think tanks, and "hundreds of thousands" of organizations globally. Microsoft is implicating China.

DARPA, In-Q-Tel to Help 150 Research Teams Take Tech from Labs to Production Over the Next Five Years

The expansion of the Embedded Entrepreneurship Initiative also marks its transition to a formalized program.

The contract is for “tradespace analysis support” for the Space Acquisition Management Directorate, at Peterson Air Force Base, Colo.

IG: Pentagon Disregarded Auditors, Overpaid Contractors by as Much as $97M

The Pentagon may have overpaid two of its biggest contractors by nearly $100 million because contract administrators failed to heed to the Defense Department’s own auditors’ warnings about potentially improper reimbursement claims, according to a new review by the Pentagon’s inspector general.

While the Wyoming National Guard was sending more than 100 troops to Washington, D.C., to help with security around President Joe Biden’s inauguration in January, Gov. Mark Gordon quietly mobilized dozens of Guard troops and others in case of violence at the state Capitol in Cheyenne.

An elephant walk at Neuburg Air Base, Germany, involved 18 Eurofighters that were parked on the runway, rather than taxiing on it.