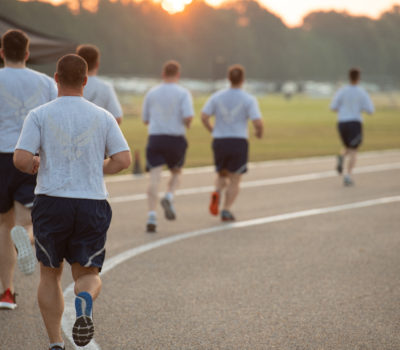 By Amy Hudson
The Air Force is delaying physical fitness testing for the fourth time due to the coronavirus pandemic. Tests will resume July 1, according to a March 4 release. When tests resume, Airmen will be graded using a new scoring system based on a 1.5-mile run and one minute of pushups and situps. The service will release additional details on the scoring system, and how heavily each part will factor into the final grade, in June. No-fail diagnostic PT assessments also will be available when testing resumes. 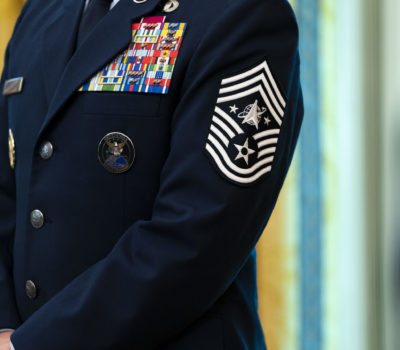 By Rachel S. Cohen
Space Force troops are weighing in on which new set of enlisted insignia will grace their arms as they rise through the ranks, via a feedback survey designed to inform the final pick. Guardians are offering their opinions on four sets of insignia, according to a picture posted to Reddit that the Space Force confirmed is real. It’s the latest step toward crafting a unique culture for the newest branch of the military, created in December 2019. Various iterations of the insignia will evolve throughout 2021, and the Space Force could announce the winning design by this winter. 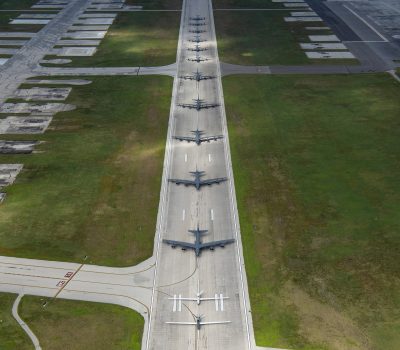 By Brian W. Everstine
Protecting Guam is the top priority for U.S. Indo-Pacific Command, as the island territory and its large military presence has grown in strategic importance and the command is calling on Congress for billions more to build up its infrastructure there and across the region. INDOPACOM boss Adm. Philip S. Davidson, speaking March 4 at an American Enterprise Institute virtual event, said funding of air and missile defense of Guam is the most important issue on his to-do list, calling for construction of an Aegis Ashore system. Guam, home to Andersen Air Force Base and multiple other military installations, is also home to 170,000 Americans. “Their defense is homeland defense,” Davidson said. 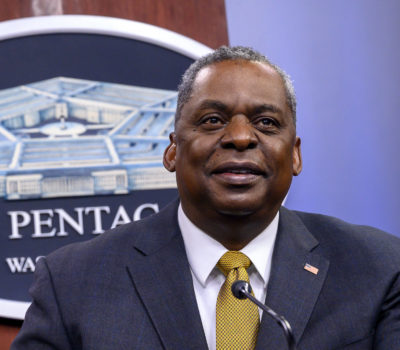 By Brian W. Everstine
Defense Secretary Lloyd J. Austin III on March 4 outlined his top priorities for the department, leading with fighting the COVID-19 pandemic and countering China. “I am committed to ensuring that the department develops the right people, priorities, and purpose of mission to continue to defend our nation from enemies foreign and domestic,” Austin wrote. “This will require aligning our priorities and capabilities to a changing and dynamic threat landscape.” 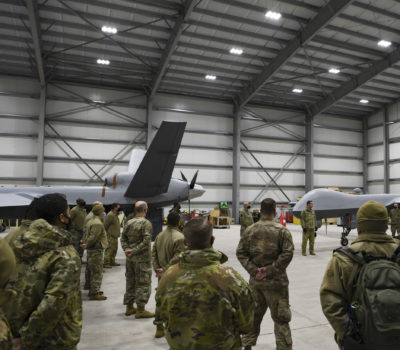 MQ-9s in Romania Provide Constant ISR Over the Balkans

By Brian W. Everstine
The Air Force is now flying MQ-9 Reaper operations from Romania, in a new mission that aims to provide 24/7 intelligence, surveillance, and reconnaissance coverage in the Balkans. U.S. Air Forces in Europe based the Reapers at the Romanian base in Campia Turzii earlier this year, with the first flights starting Feb. 1. USAFE boss Gen. Jeffrey L. Harrigian, in an interview with Air Force Magazine, said the mission is “critically important” to give both the U.S. and European allies a steady view of the region.

U.S. Capitol Police have requested a 60-day extension of some of the 5,200 National Guard members activated in the District in response to security threats and the Jan. 6 assault on Congress, defense officials said March 4. Three defense officials said that the Defense Department received the extension and that Defense Secretary Lloyd Austin and Army officials will consider it. If approved, it would keep Guard members on duty through May, said the officials, who spoke on the condition of anonymity because of the sensitivity of the issue.

What the Pentagon’s Top Policy Nominee Thinks About Nukes, Iran and Other Priorities

Colin Kahl, the Biden administration’s nominee to be undersecretary of defense for policy, faced tough questioning at a March 4 hearing in front of the Senate Armed Services Committee. But while questions about partisanship and past tweets dominated the event, there were still some questions that give insight into how Kahl will approach his job if confirmed.

‘You own the clock,’ the President was told by Defense Secretary Lloyd J. Austin III; last-minute intelligence forced a change in plans.

The command issued a request for information expressing interest in space 5G at the same time the Department of Defense is aggressively pursuing traditional, ground-based 5G network development. Adding space-based transport layers of the next-generation network could expand the military’s ability to move data, communicate and support enterprise networks with more bandwidth, according to the RFI.

At this year’s Virtual Aerospace Warfare Symposium, the Air Force Association held a panel Feb. 23 with Department of the Air Force senior leaders titled “No Fuel, No Fight: The Future of Warfighting Energy Requirements.” The purpose of the panel was to discuss the inherent vulnerabilities fuel and energy present to troops, and plans to mitigate associated risks, streamline operations, and decrease carbon release as part of the Secretary of Defense’s climate change policy. “We know our peer competitors will be challenging our (fuel) supply chains and other energy sources. The places we will be operating from will be more dispersed than we have operated from in the past, especially in the Pacific,” Guerrero said, referencing the need to optimize mission execution and planning.

The Associated Press via Military.com

The head of Arizona's environmental agency called on Luke Air Force Base in metro Phoenix to help stop the spread of a plume of chemicals contaminating the area's drinking water after recent testing discovered high levels of compounds commonly found in a firefighting foam once used there.

Opinion: DOD Weather Capabilities Have Lagged; Space Force Can Turn That Around

“For much of that history, America’s warfighters had to do without the highly advanced technological tools that forecast weather systems. These tools are now readily available, but today U.S. service members are at risk of losing the most up-to-date knowledge of weather conditions. A gap in weather capabilities has been widening. The Defense Meteorological Satellite Program (DMSP) is at the end of its service life and follow-on programs have ranked low in the Air Force’s priority list. All of this could — and should — change with the Biden administration’s revitalized emphasis on climate change as an ‘essential element of our national security,’” writes Sarah Mineiro, an adjunct senior fellow at the Center for a New American Security and the former staff director of the strategic forces subcommittee of the House Armed Services Committee.

The Air Force announced new Total Force officer stratification guidance March 1 for officers in the grades of O-2 through O-6 effective on any officer performance report that closes out April 1 or later. “As we execute Action Order A (Airman), we must remain focused on a culture of transparency,” said Air Force Chief of Staff Gen. Charles Q. Brown, Jr. “By strengthening our officer stratification policy, we are meeting that intent. This step is necessary to give officers a full understanding of where they stand amongst their peers as well as help better inform our talent management decisions.”

Operation Teammate's mission is to provide memorable sporting experiences to military children through impactful athlete interaction. The program is open to military children ages 5 to 18. While it's open to children of troops who aren't deployed, the goal is to reach those whose parents are. "Our audience are those kids that are currently experienced in some level of separation, deployment, training exercise or some sort of community relief effort," says Montjoy. "But even if the base doesn't have a high ops tempo, all children are welcome."

The big boom notwithstanding, it's a major milestone for SpaceX.