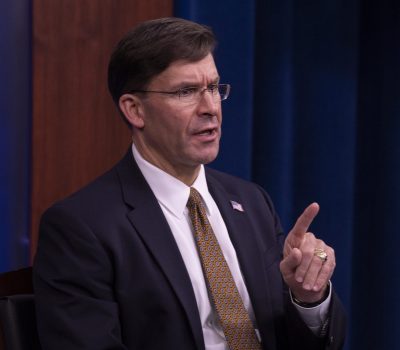 By Brian W. Everstine
President Donald J. Trump on Nov. 9 fired Defense Secretary Mark T. Esper, announcing on Twitter that he was appointing Christopher C. Miller, the director of the National Counterterrorism Center, to serve as the acting Pentagon boss. “Chris will do a GREAT job! Mark Esper has been terminated,” Trump tweeted. “I would like to thank him for his service.” Miller will be the fourth acting Defense Secretary in the Trump administration. In a Nov. 9 letter addressed to Trump, Esper writes that he serves “in deference to the Constitution, so I accept your decision to replace me. I step aside knowing there is much we achieved at the Defense Department over the last eighteen months to protect the nation and improve the readiness, capabilities, and professionalism of the joint force, while fundamentally transforming and preparing the military for the future.” 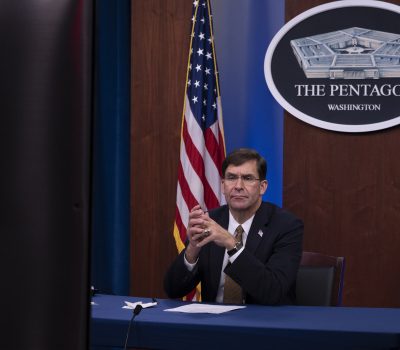 By Brian W. Everstine
Defense Secretary Mark T. Esper sent a “Final Message to the Department” shortly after President Donald J. Trump fired him in a tweet Nov. 9. In the letter, Esper writes that his time as leader of the Pentagon was the "honor and privilege of a lifetime," highlighting work on the National Defense Strategy, military modernization, and department reform. However, he acknowledges there is more work to be done. 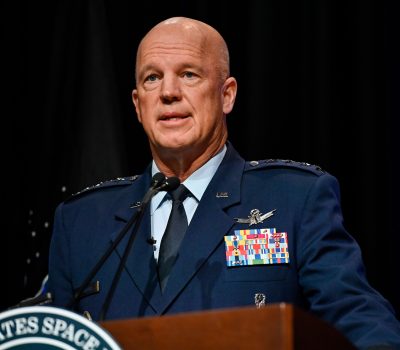 By Rachel S. Cohen
New Space Force guidance directs the service to create entities like a National Space Intelligence Center, begins to set benchmarks for improving the force, and offers insight into future operations. Chief of Space Operations Gen. John W. “Jay” Raymond rolled out the planning document Nov. 9 to “[communicate] my intent and [define] the capabilities and culture the USSF will pursue over my tenure,” he wrote. It also elaborates on priorities that military leaders have touted over the course of the Space Force’s first year, like speed, flexibility, technological savvy, and international cooperation. 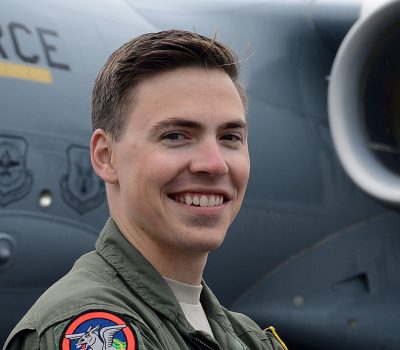 By Amy Hudson
Pilot error and a series of ejection seat malfunctions led to a fatal F-16CM crash at Shaw Air Force Base, S.C., in June, accident investigators said in a new report released Nov. 9. “This accident is a tragic reminder of the inherent risks of fighter aviation and our critical oversight responsibilities required for successful execution,” Air Combat Command boss Gen. Mark D. Kelly said in a release. “The [Accident Investigation Board] report identified a sequence of key execution anomalies and material failures that resulted in this mishap.” 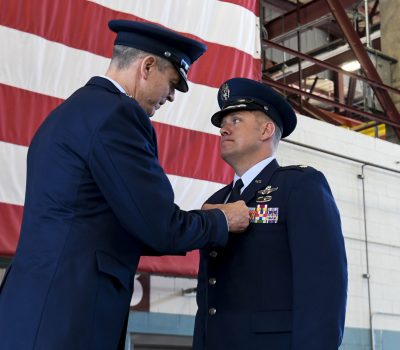 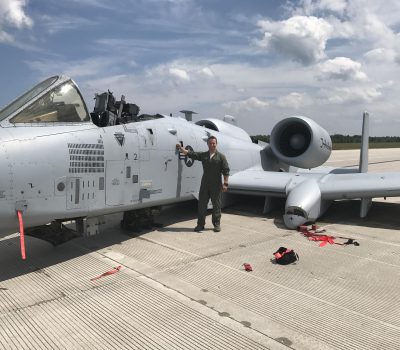 By Brian W. Everstine
An A-10 pilot with the Michigan Air National Guard received the Distinguished Flying Cross on Nov. 5 for dramatically guiding his Warthog to a belly landing in 2017 after a catastrophic gun malfunction blew the aircraft’s canopy off and prevented the landing gear from functioning properly. Maj. Brett DeVries, then a captain with the 107th Fighter Squadron at Selfridge Air National Guard Base, Mich., was flying a training flight on July 20, 2017, when the aircraft’s GAU-8 Avenger cannon malfunctioned, sending a “donut of gas” through the aircraft, and blowing off the canopy while flying at 325 knots. DeVries linked up with his wingman and a team of maintainers via radio, who helped guide him to a smooth belly landing at a nearby airfield. The pilot “demonstrated a level of Airmanship to which we should all aspire,” 127th Wing Commander Brig. Gen. Rolf E. Mammen said in a release.

Numerous Veterans Affairs Department medical centers may be using faulty temperature screening devices that could miss signs of coronavirus infection among visitors, according to a new report from video surveillance experts released Nov. 9.

Just as the technology can be used to help deliberately spread falsities online, it can also be tapped to stop that spread.

Esper, on His Way Out, Says He Was No Yes Man

Speaking to Military Times in an exclusive interview on Nov. 4, ousted Defense Secretary Mark T. Esper confirmed that he never had any intention of quitting, and though he expected the other shoe to drop, he didn’t have a good read on when.

The Air Force is beginning market research into laser projection solutions that can assist the military's Enhanced Regional Situational Awareness system that defends the National Capital Region's airspace. ERSA uses a network of visual and infrared cameras to monitor aircraft flying in Washington, D.C., and surrounding areas. If a plane unexpectedly enters controlled airspace in error, the system's lasers will generate a visual warning signal to the aircrew.

America’s mysterious sixth-generation stealth fighter has taken to the skies, as much as five to 10 years before it may have been anticipated. How could this have happened? One clear and lesser-known reality related to this can be found through the fast-evolving process of digital engineering wherein actual prototype models, design renderings and technology specifics can be replicated, tested and analyzed before there is any “bending of metal.” This process, clearly and simply put, massively helped bring the sixth-generation stealth fighter to life.

OPINION: How Fast Is Fast Enough? A Role for Supersonic Munitions in Standoff Strike

“The Department of Defense is developing a ‘high-low’ mix of exquisite, expensive hypersonic weapons and slower subsonic munitions despite the likelihood that future combat operations against high-technology adversaries will be munitions-intensive and, therefore, costly,” writes David N. Zikusoka, a research fellow at the Center for Strategic and Budgetary Assessments. “An essential question—one that could deliver more options for decision-makers, enhance strategic stability, and even reduce overall costs—has been neglected: How fast is fast enough?”

SpaceX Explains Why the U.S. Space Force Is Paying $316 Million for a Single Launch

SpaceX President and Chief Operating Officer Gwynne Shotwell on Nov. 9 explained that the contract not only pays for launch services, but also covers expenses for infrastructure and other items required for national security launches.

Found in a field in mid-September by a couple out hiking in Ingersheim, northeastern France, the message was sent from one German military officer to another in 1910, when the area was still part of Germany, according to Dominique Jardy, curator of the nearby Linge Memorial museum. Jardy told CNN the message was folded up inside a small aluminum capsule and the script is difficult to decipher.