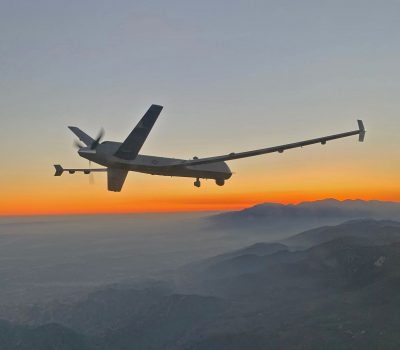 How California Guard MQ-9s Are Helping With Fire Response

By Brian W. Everstine
California Air National MQ-9s have flown the length of the entire state, helping to coordinate responses to more than 24 fires that have been burning in the past two months. As of Sept. 28, there have been 7,982 total wildfires, burning more than 3.6 million acres and damaging or destroying 7,630 structures, according to the California Department of Forestry and Fire Protection. To help with the response, the 163rd Attack Wing at times had three Reapers in the air, flying more than 70 sorties and more than 1,000 mission hours, according to a release. 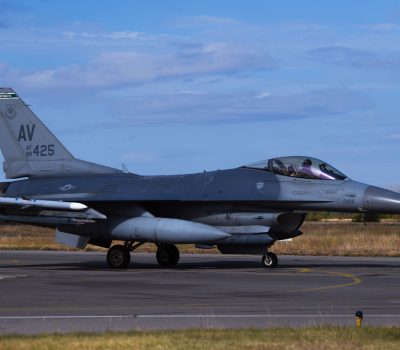 By Jennifer-Leigh Oprihory
For the next four weeks, USAF Airmen and F-16s and Bulgarian air force fighter aircraft will fly NATO air patrols over Bulgaria to protect the nation’s airspace, improve the Air Force’s interoperability with its counterparts there, and serve as a show “of Allied solidarity,” NATO and USAF announced Sept. 28. “Approximately 140 personnel and six F-16s from the 555th Fighter Squadron deployed in support of the Allied mission along with various units from Aviano Air Base, Italy, and Airmen assigned to the 435th Air Ground Operations Wing, Ramstein Air Base, Germany,” a 31st Fighter Wing release stated. The participating F-16s will serve as a quick-response force for aircraft who fall into distress or defy international flying rules and advance toward NATO nations’ sovereign airspace, a NATO Allied Air Command release about the mission explained. This tasking is part of the alliance’s increased “air policing measures in the region,” which it implemented in reaction to Russian activity in Ukraine, including the annexation of Crimea, NATO noted. 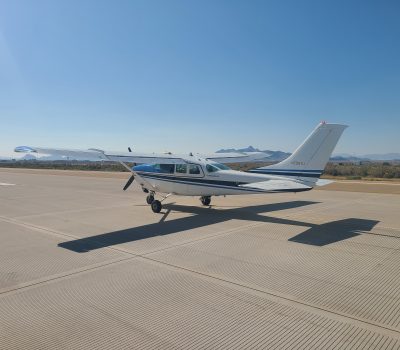 By Brian W. Everstine
The Air Force Research Laboratory’s robotic pilot has returned to the sky, following a mishap that grounded the system last year. The AFRL Center for Rapid Innovation and DZYNE Technologies Incorporated’s ROBOPilot flew for about 2.2 hours on Sept. 24 at Dugway Proving Ground, Utah. The ROBOpilot system is added to the cockpit of a regular plane, with the system grabbing the yoke, flipping switches, and pushing rudders and brakes like a human pilot while also using sensors such as GPS and an Inertial Measurement Unit for situational awareness. ROBOPilot first flew in August 2019 on a Cessna 206, but was damaged during a rough landing on a later flight. A Safety Investigation Board convened to look at the incident, briefing AFRL and DZYNE, who then “analyzed the findings and incorporated the recommendations to ensure the success of the latest test,” said Marc Owens, the AFRL Center for Rapid Innovation’s program manager for ROBOpilot, in a release. 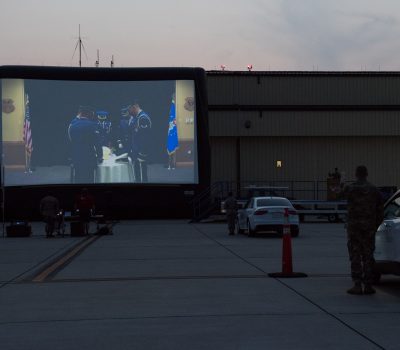 Enraged by near-daily attacks on its interests in Iraq, Washington has threatened to close its embassy in Baghdad, in a blow to a premier seen as a bulwark against Iran.

For the first time in over two years, carrier-launched U.S. aircraft conducted an airstrike against Islamic State group targets in support of Operation Inherent Resolve, the global coalition battling the terrorist group in Iraq and Syria. A pair of Navy F/A-18F Super Hornets from Carrier Air Wing 17, embarked on the USS Nimitz, conducted the strikes on Sept. 23, Cmdr. Rebecca Rebarich, a spokeswoman for the Bahrain-based 5th Fleet, confirmed via email on Sept. 28.

The Defense Department hopes Congress will approve a change in how it funds the next-generation intercontinental ballistic missile in order to avoid what the department views as unnecessary contract bureaucracy. Appearing before the Senate Armed Services Committee last week, Pentagon acquisition head Ellen M. Lord said the Ground Based Strategic Deterrent program was moving along as planned, but she indicated that a military construction issue remains unsolved.

Headlines have celebrated the carrier's new F-35s—but the Navy also added upgrades to the Vinson for the MQ-25 refueling drone, which could be a game-changer for future ops.

This low-cost unmanned demonstrator could give larger drones, such as the MQ-9 Reaper, game-changing new capabilities.

Chinese state-owned television has released video footage showing what appears to be the X-Chimera vertical take-off and landing unmanned aerial vehicle being used by a brigade of the People’s Liberation Army Air Force Airborne Corps: an indication that the twin-tailboom UAV is either being tested or is already in service with the corps.

The conference has passed, but our coverage continues. For a comprehensive look at everything that happened, visit our vASC landing page.

Swiss voters backed the government’s plan to spend up to 6 billion Swiss francs ($6.46 billion) on new fighter jets in a surprisingly close referendum that was won with a 50.2 percent majority, official results showed on Sept. 27. Opinion polls had shown the plan would easily win approval in a country where armed neutrality is a tradition.

U.S. forces are redefining joint operations to be more tightly integrated. Joint all-domain command and control (JADC2) accelerates the speed and complexity of warfare by tying forces together across the air, land, sea, space, and cyber domains. For the latest on what this means to operators and the industry, check out our JADC2 landing page.

The news release from a U.S. attorney in Pennsylvania was provocative: Nine mailed-in military ballots had been “discarded” by the local election office in a swing county of one of the most important presidential battleground states.

The 2020 Arsenal of Democracy World War II flyover event was cancelled due to weather. Officials tell Military Times the event, originally scheduled for May but delayed due to the COVID-19 pandemic, won’t be rescheduled again this year. However, organizers may try again next year.

Air Force veteran Ed Dwight, 87, says he was in his 40s when he first found out about civil rights icons like Frederick Douglass and Harriet Tubman. He blended his learning with art to create sculptures to teach others and memorialize history.