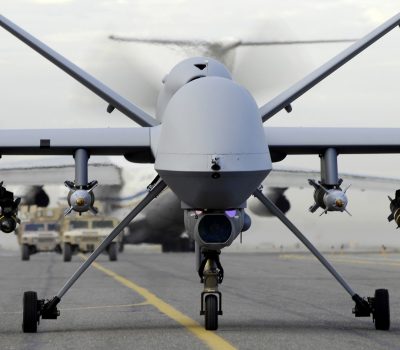 By Rachel S. Cohen
An MQ-9 Reaper’s engine design led the drone to crash about 20 minutes after takeoff while deployed overseas in September 2018, a recently released Air Force accident investigation concluded. “Engineering analysis of the data logs, engine components, and propeller governor, as well as reports from Honeywell Aerospace, Woodward, Inc., and [General Atomics] in this mishap prove, by the preponderance of the evidence, this mishap was caused by the design of the engine installed in the MQ-9A aircraft due to the possibility of failure at higher altitudes and low power settings,” Lt. Col. Ryan Kennedy, who ran the investigation board, wrote in the report. General Atomics, which builds the MQ-9, declined to answer whether the company is redesigning the engine as a result of the investigation. 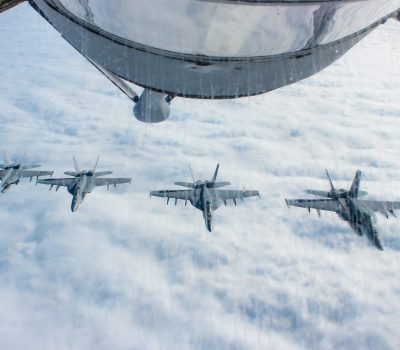 By Jennifer Hlad
More than 50 aircraft from three US bases took to the air over Kadena AB, Japan, Jan. 10 for a complex joint exercise simulating an attack on the largest USAF base in the Pacific. “Kadena was defending itself today,” explained Capt. Brian Davis, the exercise director and a pilot with the 67th Fighter Squadron. The exercise, dubbed West Pac Rumrunner, included Navy aircraft from Marine Corps Air Station Iwakuni, Marines from Marine Corps Air Station Futenma, soldiers from the 1st Battalion, 1st Air Defense Artillery Regiment, and Air Force special operators, along with airmen and several types of aircraft from Kadena. In addition to the main defensive counter-air scenario, it also incorporated water rescue training, agile combat employment, forward air refueling. As part of the exercise, troops had to accomplish their mission even though the communication channel to the main headquarters was cut off. “One of the main focuses of West Pac Rumrunner is, ‘What do we have and what can we do with it,’” Davis said. 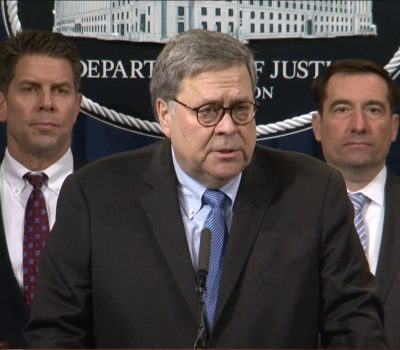 By Jennifer-Leigh Oprihory
US Attorney General William Barr on Jan. 13 declared the Dec. 6, 2019, shooting at NAS Pensacola, Fla., “an act of terrorism." Three US Navy sailors were killed in the attack and eight more Americans were “severely wounded." Although the FBI’s counterterrorism investigation has determined, thus far, the shooter acted alone, Saudi Arabia is immediately recalling 21 of its military cadets after the bureau’s deep-dive revealed actions it deemed “unbecoming an officer” in its air force and naval ranks. 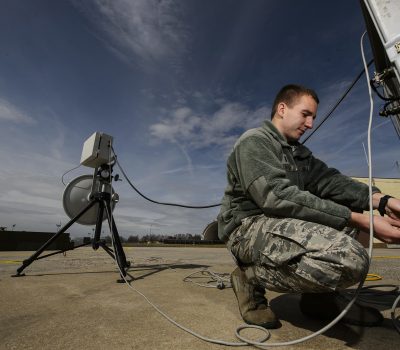 By Rachel S. Cohen
The Air Force is calling on defense contractors to offer new technologies that can launch attacks via the electromagnetic spectrum and protect against enemy signal jamming, according to a Jan. 13 solicitation. "Traditional EW system acquisition approaches lead to stagnant and irrelevant capabilities,” the Air Force said. Hoping to move faster than the typical, years-long Pentagon procurement process, the service is looking for a “rapidly configurable EW system” with electronic attack and support capabilities that can take on existing and future threats. 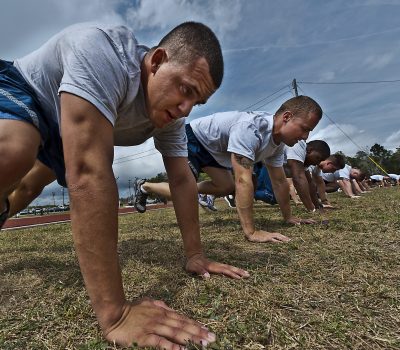 By Amy Hudson
The Air Force plans to implement diagnostic fitness testing across the force as early as February, while Air Force Materiel Command will roll out a beta version of the no-fail trial tests on Jan. 20. Currently, airmen are tested once or twice a year, depending on their fitness scores, but under AFMC’s beta program, airmen can take up to three “mock tests” as long as they are current on their fitness assessments. “Physical fitness is crucial to our ability to meet mission requirements,” Air Force Materiel Command boss Gen. Arnold Bunch said in a USAF release. “The diagnostic assessments will give airmen an idea of their current fitness level and where they may need to improve prior to their test due date. This is part of an overall effort to continue to encourage a culture of fitness among all of our airmen that includes year-round physical conditioning and healthy eating habits.” 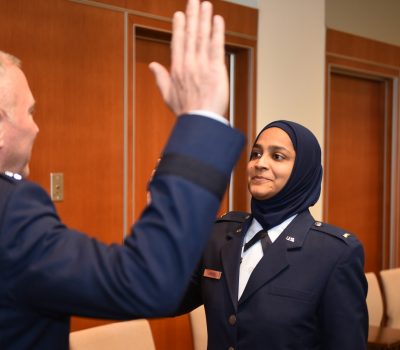 By Jennifer-Leigh Oprihory
Air Force Second Lt. Saleha Jabeen is on the road to becoming the first female Muslim chaplain in the US military. The former Army Medical Corpsman received her Ecclesiastical Endorsement from the Islamic Society of North America and commissioned into the Air Force as a chaplain candidate on Dec. 18, 2019, according to a Jan. 10 USAF release.

In a Jan. 12 appearance on CBS’ “Face the Nation,” Defense Secretary Mark Esper said he "didn't see" specific evidence that top Iranian military commander Qassem Soleimani was planning attacks on four US embassies, but said he believed such attacks would have occurred.

The Air Force’s annual classified conference on command and control will host an unprecedented Army delegation as the two services wrestle with how to coordinate better in a future war. In fact, senior officers from all four services will attend the C2 Summit 2020, which has traditionally been an Air Force event, at Nellis Air Force Base.

David Calhoun, a former GE executive, laid out his priorities for the year in a letter to Boeing as he formally assumed the role of president and CEO of the US aerospace giant. As expected, his first priority lies with returning the 737 Max to service. “We’ll get it done, and we’ll get it done right,” he proclaimed.

Together, the measures aim to promote a safer rollout of the highly-anticipated, next-generation mobile networks.

Officials at the Air National Guard’s 157th Air Refueling Wing at Pease ANGB, N.H., announced that the Air Force will conduct “an occupational health study at the base” beginning this year.

The airmen sued in 2018, arguing that there is no rational basis for prohibiting deployment of service members with HIV. The men argue that major advancements in treatment mean the airmen can easily be given appropriate medical care and present no real risk of transmission to others.

Pentagon Tells Military Personnel Not to Use at-Home DNA Kits

The tests might be sold without independent confirmation of their claims, the officials said—a fact that poses more risk to military members than regular consumers. Inaccuracies could negatively affect the required disclosure of those members' medical information, a Dec. 20, 2019, memo obtained by NBC News said. “Moreover, there is increased concern in the scientific community that outside parties are exploiting the use of genetic materials for questionable purposes, including mass surveillance and the ability to track individuals without their authorization or awareness,” the memo said.