The Air Force has received the last of eight modernized Global Positioning System Block IIR satellites from Lockheed Martin and is preparing to launch this satellite into orbit on June 30. Although this satellite, which is designated GPS IIR(M)-20, is...

Lockheed Martin announced April 28 that it has delivered the 100th C-130J Super Hercules transport aircraft to the US armed forces. The aircraft was handed over to the 41st Airlift Squadron at Little Rock AFB, Ark., April 27. “It’s a...

The 354th Force Support Squadron will become official today (April 29) during a ceremony at Eielson AFB, Alaska. The Air Force selected Eielson in January 2007 as one of six bases at which to test the force-shaping initiative of merging...

When A-10 pilots of Air Force Reserve Command’s 303rd Fighter Squadron at Whiteman AFB, Mo., deploy to Afghanistan later this spring, the Litening targeting pods that their Warthogs carry will once again have the ability to pass live imagery directly... 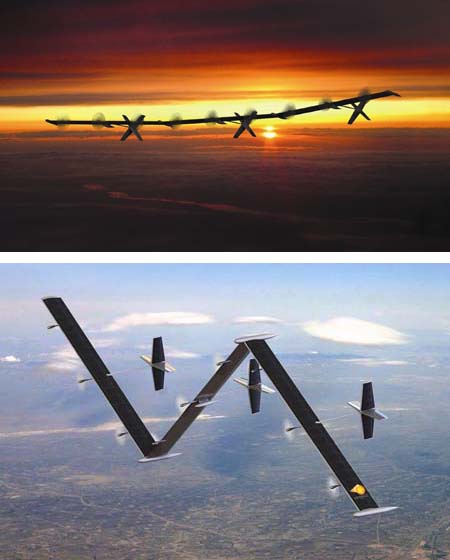 high-altitude, extremely long-endurance unmanned aerial vehicle program. Now its two competitors, Aurora Flight Sciences and Lockheed Martin, have released artist renderings of their own designs. Aurora calls its concept Odysseus. Lockheed Martin’s aircraft is equally intriguing. All three companies won Phase 1 contracts earlier this month to commence with the design and development of their respective aircraft. DARPA wants an unmanned system that is “able to fly on station and perform its mission for five years without interruption.”

A Merging of Minds