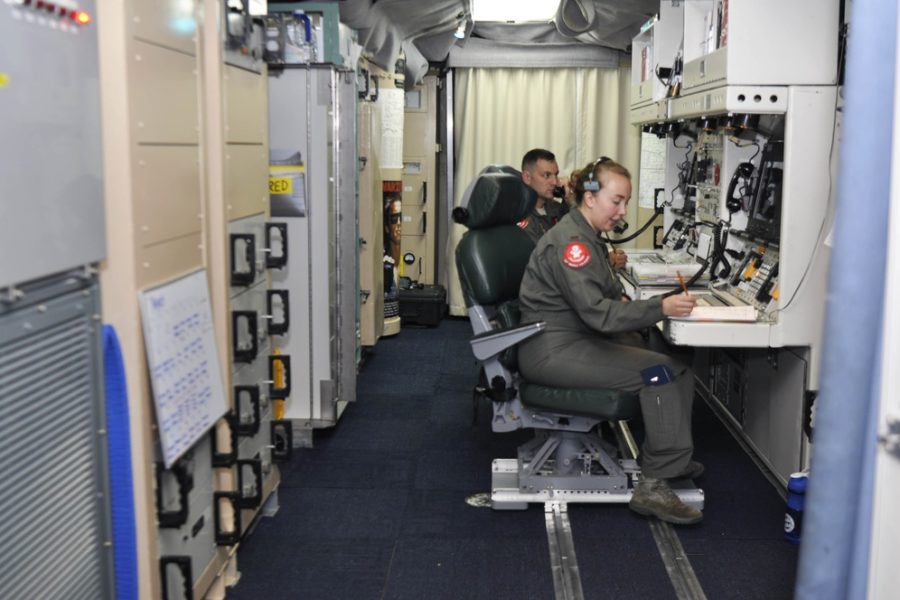 The United States Air Force’s transition from the Minuteman III ICBM to the new Ground Based Strategic Deterrent will be one of the most important weapon system deployments ever.

“Minuteman III was a 10-year weapon system that was asked to last 60 years,” said Maj. Gen. Anthony W. Genatempo, commander of the Air Force Nuclear Weapons Center and program executive officer for strategic systems, during an AFA conference in June. But now the transition to a next-generation missile is beginning—and awareness that there’s more to be modernized than the missile alone is growing clearer.

As the new Ground Based Strategic Deterrent (GBSD) is developed and fielded, the Air Force must also update its missile launch facilities and support infrastructure, launch control centers, squadron and wing support infrastructure, and command and control systems, as well as policies, processes, procedures, security, the supply chain, and even the workforce. All must adapt to the coming changes, even as the existing systems must remain ready and continuously on alert, ready to deploy on very short notice.

“The Air Force operational tempo is to effectively replace one missile per week for nine years without sacrificing sortie alert status,” notes Ryan McKeon, director of strategy and defense at global management consultant Guidehouse. “That’s an incredibly complex endeavor, arguably one of the most complex and important weapon system rollouts and deployments ever planned.”

Keeping that rollout on track while keeping existing missiles ready and on alert is what makes the endeavor so challenging for the combat crews, maintainers, command authorities, and program office.

“It takes a wide variety of expert services, across the industrial base, to support this mission,” McKeon says. “From digital engineering, model-based systems engineering, acquisition, program management, financial management, cybersecurity and industrial coordination. The Air Force needs a strong, collaborative partner to help drive that transition. They’ve set a very high bar: There’s no room for failure, because this truly is a no-fail mission.”

Keeping the Minuteman IIIs operational is already a growing challenge. Parts are increasingly hard to source, and long-term, experienced professional staff are retiring.

To manage the effort, the Air Force Nuclear Weapons Center split the ICBM Systems Directorate in 2020. It now has two directorates to manage ICBMs at Hill Air Force Base, Utah, one for Minuteman III and the other for GBSD. To sustain the former and successfully develop and deploy the latter, the Air Force is seeking a single industry partner that can provide support through the transition, filling in the gaps and ensuring a successful way forward. Under the Integration Support Contract 2.0, the Weapons Center will strike a long-term partnership worth some $900 million to ensure Minuteman III operations continue unabated until the last missile stands down, all while deploying GBSD replacements on a relentless schedule from about 2029 to 2038.

“The new contract is completely different from the past support,” McKeon says. “What the government needs from the ISC 2.0 provider is a collaborative partner who understands the importance of that mission risk and has a depth of knowledge in all of the broad domains needed to keep this very large, very complex weapon system transition on schedule.”

Guidehouse, as a consultancy with decades of experience supporting large customers and bringing best-of-breed solutions to complex challenges, is uniquely situated to lead such an effort—consulting is its forte, and that’s ultimately what a trusted partner does.

“A program of this magnitude requires a broad, diverse and complex set of skills,” McKeon said. “So we went out and found the experts in industry.” A leading aerospace manufacturer is on board to ensure “knowledge parity” with GBSD builder Northrop Grumman; the leading digital engineering and digital twin company with experience in nuclear recapitalization; and a leading provider to the Air Force of program management and acquisition support. “We went out and found the expert in industry for every single one of those areas, and we also have a portfolio of critical small businesses that we’ve worked with before.”

To support long-term recruiting and retention requirements, Guidehouse reached out to academia, forging partnerships with several universities to support “upskilling” for current workforce members who will have to transition to new systems and technologies, but also to develop the workforce through recruiting by accessing students and those schools’ alumni networks.”

Charles Beard, Guidehouse’s Chief Operating Officer, began his career as an Air Force Space & Missile Operations Officer. “A credible nuclear strike capability during this transition to GBSD may be more important today than when I worked behind that blast door,” he said. Even years ago, he recalls being “amazed when I was first introduced to the weapon system at Vandenberg Air Force Base and became aware of the underlying technology. The designs were 50 years old and borrowed from other weapon systems of that era. The systems we were operating were built in the 1960s and modernized in the ’70s with a service life extension program in the 80s. This program isn’t a ‘cutover’ to GBSD—it’s a re-platforming of the mission to a 21st century missile, ground support, and command and control environment to support the warfighter’s ability to conduct this mission on behalf of the national command authorities. This program is about being able to maintain readiness of an aging weapon system and supporting the Global Strike community to make the transition to GBSD while maintaining readiness of the current platform, and to relieve some of the stress on combat crews and maintainers that stand alert on this mission every day.”

Beard said Guidehouse approached this program initially thinking it would take a secondary role but the more the consulting firm and its industry partners studied the unique needs of the Air Force, the more they realized they were better suited to deliver on the mission by leading. “The team that we’ve assembled is replete with former operators and maintainers, people who know this weapon system and understand the reasons why it needs to retire. It includes maintainers, manufacturers and developers of subsystems and components. That means we know what happens beneath the launcher lid and behind the blast door, we can translate the failure analyses into operational readiness and advise the Air Force on optional paths forward balancing the retirement of Minuteman and onboarding of GBSD.”

The Air Force split its directorate, Beard said, to help each group focus on their mission. The contractor support will be part of what bridges the parallel efforts. “They’ve got one team that’s trying to build a new weapon system and get it through the milestones, and another that’s got to support and maintain the existing system, and it’s all taking place in a geopolitical context that hasn’t been seen for three decades,” Beard said. “So our role, as a consultant, is to help orchestrate that … to bring some of those new technologies and capabilities to those teams so they can focus on the blue suit roles they need to fulfill. We need to augment them, be their partners and provide the capabilities and tools to help them be successful.”

As a strategic partner and advisor, Beard sees the role of the ISC 2.0 contractor as offering a critical third perspective in discussions with the GBSD prime contractor. “We’ll provide an independent, objective, unbiased opinion that’s not wedded to a production schedule,” he said. With the contract structured to support ongoing operations as well as the transition, he explained, “we can really look at this through a strategic lens with an operational perspective.”

A twist to ISC 2.0 is its focused requirements for digital engineer know-how. That’s not surprising given that GBSD will be a 21st century weapon system conceived, modeled, and tested in a digital era. But the concept here is to also apply digital engineering to the existing system, Beard said. “In the case of a new start, like GBSD, digital engineering enables lots of variants and virtual prototyping, so you can make decisions through computational analysis,” he said. New digital models of the legacy Minuteman III have been created, he noted, “and that’s a great first step.” But Guidehouse sees potential to combine those models with other data, and to “apply some artificial intelligence to do prognostic health monitoring of the system … and use it to inform not only how we sustain that system for the next 10 years, but also how we can inform and prioritize solutions for the GBSD deployment.”

This is the critical advantage, Beard said, of a single contractor for both programs. Neither exists in isolation. Both must be successful to ensure U.S. security.

“We built a team of people who understand the mission, who understand there is no failure option here,” Beard said. “We understand the broad geopolitical context and how that is translated down to the crews who are working in very difficult circumstances. Our place is to help de-stress that, to allow them to see where they’re heading and to get there without delay, without extra cost, without stress.”