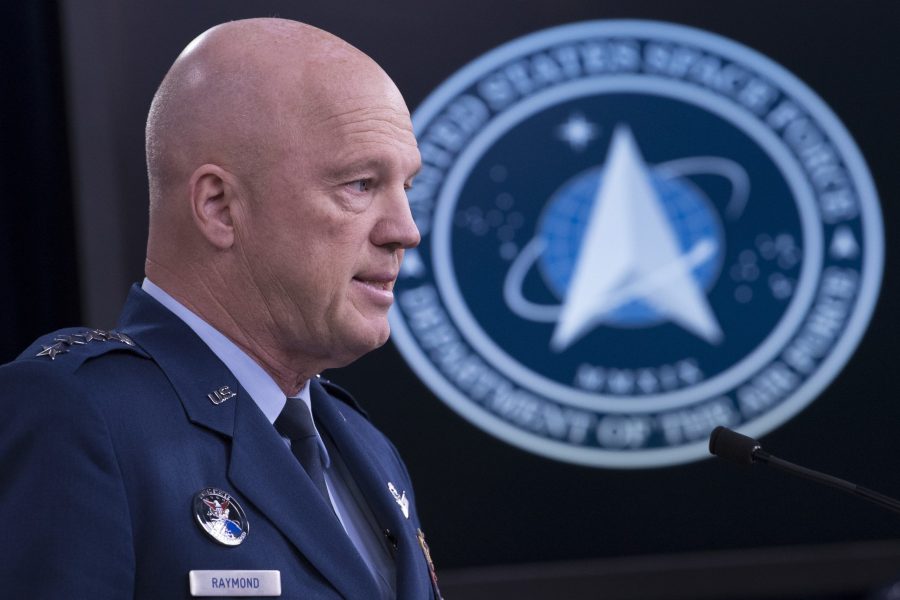 Space is “pretty much the wild, wild West” with more satellites going into orbit and a large increase in space junk threatening assets. Meanwhile, the growing Space Force is working to establish operating norms in orbit to avoid added danger.

The Space Force currently tracks about 30,000 pieces of debris, with “probably half a million other objects” in orbit “that are too small for us to track,” said Chief of Space Operations Gen. John W. “Jay” Raymond during a virtual Washington Post event April 30.

“What we’re seeing is a significant increase in the numbers of satellites—largely they are commercial satellites, in great numbers in low-Earth orbit. … The reason why that’s happening is the cost of launch has gone down, and satellites that are smaller are more operationally relevant,” Raymond said. “And so, what used to be great power competition between then the Soviet Union and the United States is now students at universities launching satellites.”

Space is a “congested domain,” emphasized Raymond, and the Space Force has taken the role of “space traffic control.” The service does analysis and tracking to ensure objects don’t collide, and “we warn the world if we see that that’s about to happen,” he said. “For example, if there’s a Chinese satellite on orbit and it’s about to potentially collide with a piece of debris that they created when they blew up their satellite, we will warn them and tell them to maneuver.”

The Space Force does this mission because “we want to keep the domain safe,” but it is becoming more of a challenge as more governments and companies launch satellites into space. Raymond said he wants to see companies and countries design their satellites to ensure they don’t break into pieces at the end of life and to limit the amount of debris from launch.

“So it’s a big challenge,” he said. “Our goal is to be responsible users of space, to be transparent in what we’re doing to keep the domain safe for all and limit the creation of debris in the first place.”

Raymond said he is encouraging the development of “norms of behavior” in how countries can operate in space. While the 1968 Outer Space Treaty outlaws placing weapons of mass destruction in space or the creation of a military base on a celestial body, anything other than that is fair game.

“We are also working very closely with our international partners and our interagency partners to try to put together a framework for ‘Here’s how we’re going to operate,’ and then operate that way and demonstrate that good behavior like we do each and every day,” Raymond said.