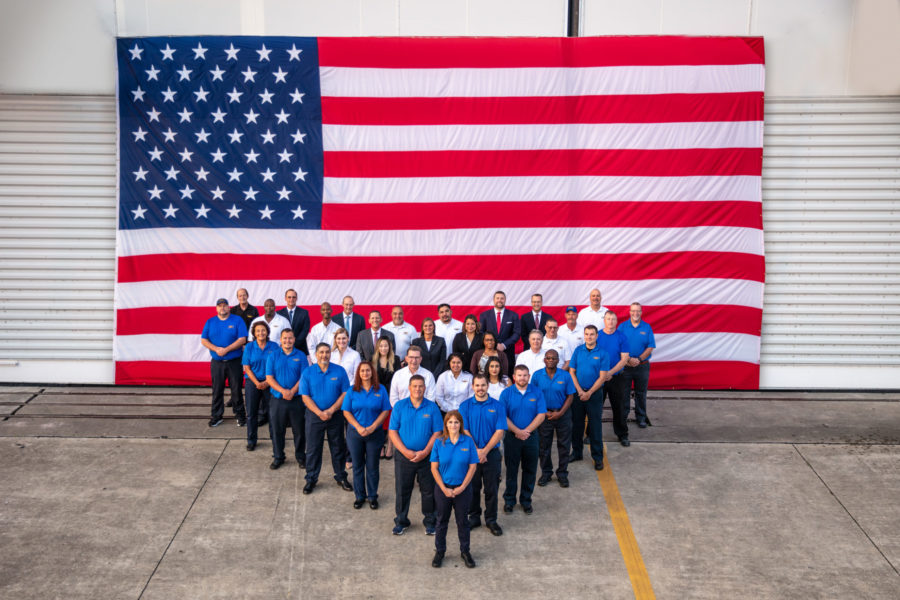 Service to God, Country, and Family fuels Texas-based King Aerospace. Winning a contractor logistics support contract in 1992 launched King Aerospace and, from that day, established it as a mission-ready, no-excuses aviation services provider.

“CLS isn’t just a job for us. It’s a privilege, an honor, and a calling,” says King president Jarid King. “For three decades we’ve witnessed countless providers get into—and out of—contractor logistics. We stayed and doubled down, refining our services to deliver greater and greater value. Whether we’re serving as a prime contractor or subcontractor, we view CLS responsibilities as our patriotic duty as Americans.”

Part of that duty means delivering maximum value. One of King’s first deliverables for the E-9A contract was to purchase $2 million of spare parts. King shopped for the best prices and came back with the needed parts for half a million under budget. The result: The government asked King to purchase another $500,000 in parts. King did and once again found savings, this time securing 25% more parts for the budget.

It’s About the Mission

Over the years, the company has gained performance-based experience supporting the U.S. government and all branches of the military—Air Force, Army, Coast Guard, Navy/Marine Corps, Department of Energy, Department of Defense, Drug Enforcement Administration, Federal Bureau of Investigation, and Homeland Security. CLS remains a primary focus.

While many CLS providers average five to 10 years for contract retention, King Aerospace typically keeps contracts from 10 to 18 years. Because of this longevity, King often acts as the stabilizing factor as military forces rotate in and out. King shepherds the new personnel as they transition in. More work frequently comes King’s way, which only happens when you’re delivering at a high level.

At King, serving America’s men and women in uniform is a commitment greater than contractual. Talk to team members and you quickly discover a dedication to service greater than self and to the company’s cornerstone principles covering everything from mutual respect and trust to problem-solving and quality in everything.

Most of the military aircraft King supports are commercial-derivative aircraft not designed for military needs. King understands how to modify and maintain these aircraft for the military’s use. It’s also more cost effective for the government—and taxpayers—than building military-specific aircraft and maintaining special parts for them. Aircraft CLS programs cover a wide scope of services from field support technicians who provide maintenance at the flight line to supply-chain management. King does it all.

Meeting exacting military specifications isn’t easy, but King has developed processes and procedures to ensure it does. The military expects MROs to meet the highest standards as they manage and maintain government-owned aircraft fleets and subcontract work from major defense contractors. It helps that the expected highest-possible quality aligns with the operations King has in place for its corporate and VVIP aircraft, including the Boeing Business Jet. King was honored as the 2019 Boeing Supplier of the Year for collaboration.

“Sometimes our CLS services take us to some pretty sticky places, so these programs are not for the faint hearted,” says Jarid King. “The men and women who wear the King Aerospace wings could use those challenges as an excuse, but do not. They get the job done.”

Troops can’t fly if aircraft don’t. King’s team rapidly deploys wherever and whenever needed. It’s no small thing to get parts and people into challenging environments where travel is restricted. It calls for dedicated, mission-focused people who do the right thing for the right reasons with the right attitude when no one is looking. Because many of King’s team members are themselves veterans, they embrace King Aerospace’s passion for God, Country, and Family. They treat each other like brothers and sisters.

“I witness acts of servant leadership everywhere I look,” Jarid King says. “Our team members have each other’s back—and our military’s.”