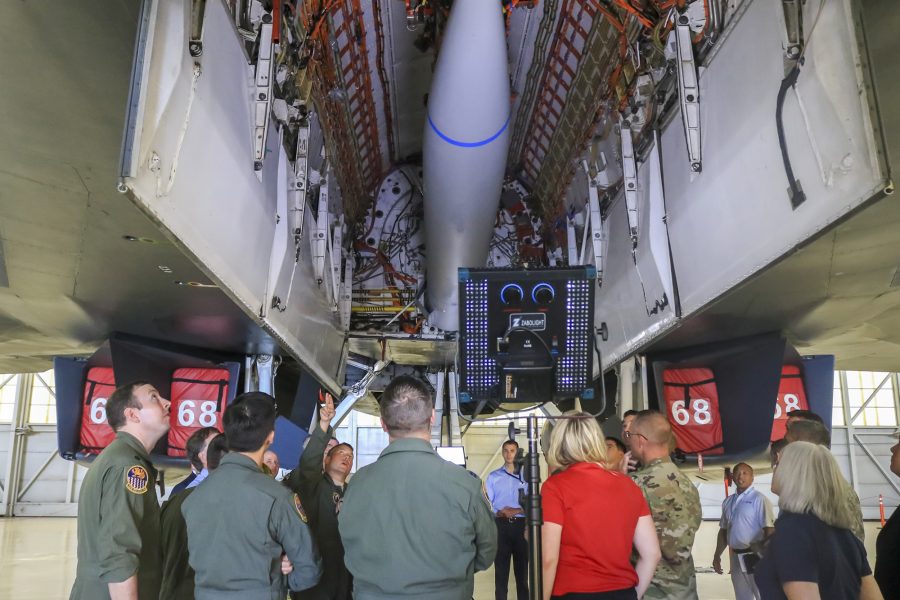 Lawmakers want the military to speed up testing and development of hypersonic capabilities, ranging from aircraft propulsion to weapons. They echo the Pentagon’s concern that America’s adversaries are far outpacing the US at maturing weapons that can travel at least five times the speed of sound.

“Hypersonic weapons pose a dangerous new class of threat to national security,” appropriators wrote in the funding law enacted in mid-December. “They operate at exceptionally high speeds and can maneuver unpredictably, making them challenging to track and difficult to intercept. Potential adversaries, such as Russia and China, have recognized the value of hypersonic weapons to offset United States military capabilities and hold United States forces at risk.”

While the nuclear-tipped segment of intercontinental ballistic missiles can also reach those speeds, the hypersonic glide vehicles now in development would be harder to detect and destroy because they are built to change course more easily while arriving in 10 minutes or less, according to the Arms Control Association.

The Air Force argues that adds more options to its arsenal when firing from far away. Others say it’s the dawn of a new arms race that could make the world less safe.

This year’s appropriations bill fully funds the Air Force’s long-range strike prototypes known as the Air-Launched Rapid Response Weapon and Hypersonic Conventional Strike Weapon, which called for $576 million in 2020. The service wants to have test assets ready in 2021, and the Army and Navy are working on their own hypersonic endeavors.

To streamline the Defense Department’s various plans, Congress provided $100 million to create a Joint Hypersonics Transition Office that would pursue an “integrated science and technology roadmap for hypersonics” and set up a consortium of universities that can fuel research and build a future workforce, according to the spending law.

Lawmakers also want to make sure policy for how to use the new tools is evolving alongside technology development. Congress called for briefings on how the Pentagon would continually review the legality of emerging technologies like hypersonic systems, artificial intelligence, and robotics. Military officials should also consider whether maturing and using the tech could clash with any existing treaties.

The new law boosted spending for a slew of projects related to hypersonic propulsion as well. Members offered extra money to look into thermal protection for hypersonic assets, low-cost manufacturing for their components, new test facilities, and ways to defend against the budding weapons.

Russia in late December said it had put its first nuclear-capable, hypersonic Avangard missiles into service, according to the Associated Press.