Skip to content
A U.S. Airman pulls the tarp of a small shelter system tent over its frame during an Agile Combat Employment practice capstone event at Misawa Air Base, Japan, on March 13, 2020. Air Force photo by Tech. Sgt. Timothy Moore.
Expand Photo 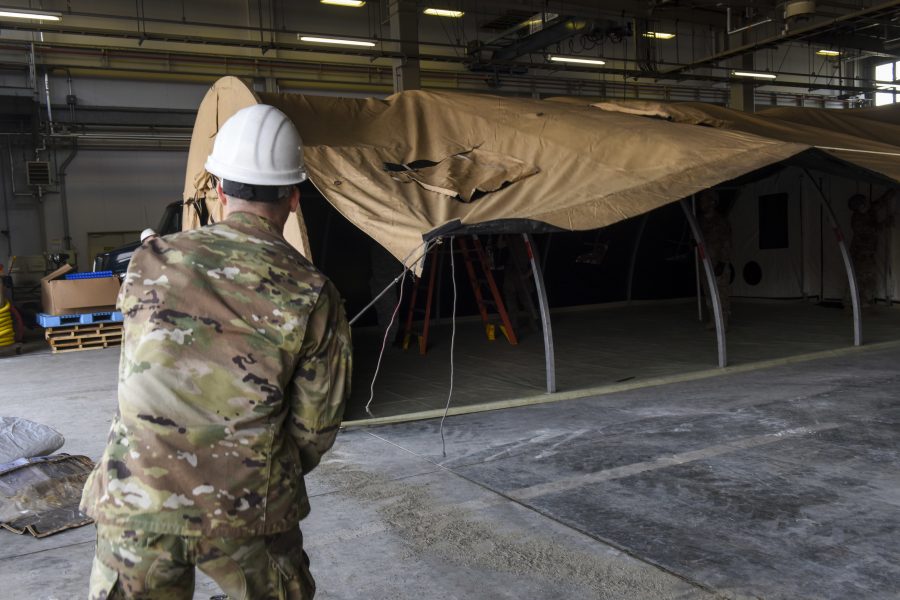 The 35th Fighter Wing at Misawa Air Base, Japan, recently completed an Agile Combat Employment exercise to test whether small teams of Airmen can quickly deploy and operate in austere locations.

“Our world is changing,” said Master Sgt. Alexander Wieczorek, 35th Fighter Wing Inspector General and the wing’s plans and programs manager. “The Air Force that I was raised [in]—the Air Expeditionary Force concept, where large force modules deployed forward at established air bases—that time is coming to an end. We have to be predictive of the future.”

In order for ACE to work, the service must rethink the way it operates. Most Airmen can no longer focus on a single, narrowly defined Air Force Specialty Code. Instead, they must be ready to do tasks outside that specialty to minimize the number of Airmen needed in any given contingency.

The concept will not apply to every Airman, Brown said. But for those that are affected, the additional skills will be like a secondary specialty. Brown said he does not anticipate the shift resulting in consolidated AFSCs.

“It gets rid of some of the ‘union cards’ [that say], ‘You can’t do this because you’re not fully trained,’” Brown said. For example, “If we go into conflict, and we start losing people, and I need somebody to go refuel an aircraft or help load or unload a C- 130, we’re going to … [find] someone who actually is trained [and put them] with some other Airmen to go, ‘Here’s what I need you to do. You stand here and you do this.’”

During the Misawa capstone, a group of 24 Airmen from various ranks and specialties taught and learned from each other. The goal was not perfection, but to get a basic knowledge of what everyone else does.

“Particularly if you have a small team, you can’t have so many specialties that there are more people [deploying] than you have seats on the airplane to get them there,” Brown said.

More skills per Airmen, therefore, means fewer Airmen per deployment. “By making them broadly capable, they are going to make the overall mission effective,” Wieczorek said.

Brown said he had discussed the concept with U.S. Air Forces in Europe-Air Forces Africa boss Gen. Jeffrey Harrigian. The goal is to try to figure what parts of ACE can be applied equally in both theaters, and where they may need to be different. He said he hopes to present a “one-pager” to the Air Staff detailing what they come up with.

For now, USAFE is developing and exercising its own ACE concept of operations, regularly sending small groups of aircraft to airfields where they don’t typically operate to see what capabilities are needed should the Air Force mobilize there for a contingency.  Requirements could vary by location.

Harrigian said that plan is classified for now, but added “We’re trying to get it releasable, because I want the partners to see it so that they’ve got skin in the game with us.”