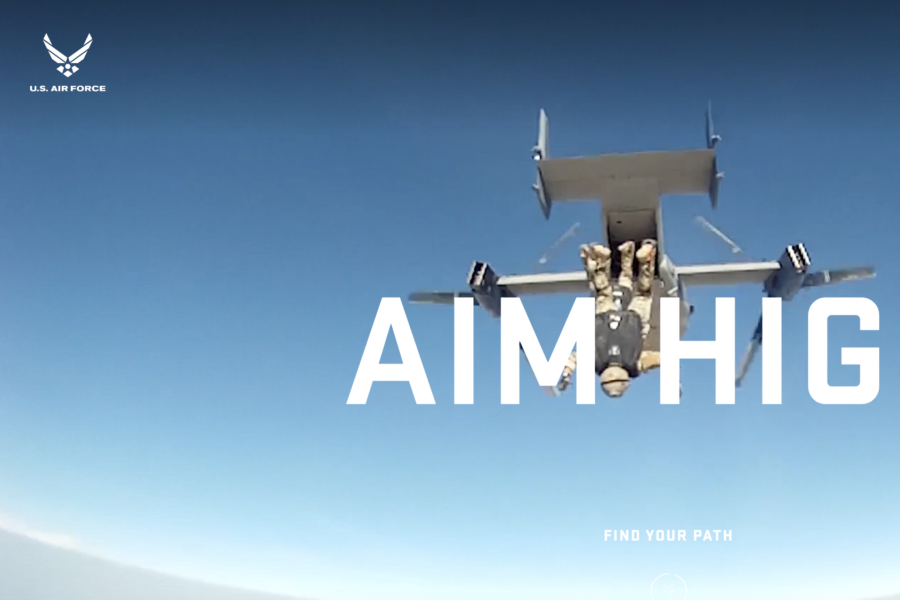 Cloud One: Enabling Cloud For Almost Any Department of Defense Use Case

The Department of Defense embraced the concept of cloud computing almost a decade ago, but the practical realities of contracts and implementation slowed adoption.

Uncertainty about cost and the lack of cloud engineering talent proved challenging to the same commands that were eager to leverage cloud’s benefits in speed and flexibility.

For the Department of the Air Force—and throughout the Department of Defense—Cloud One is a one-stop-shop for acquiring secure cloud services from Amazon Web Services (AWS), Microsoft, and Google—always preconfigured to meet exacting DOD security requirements. Oracle services are also expected to be supported in the coming year.

In addition to multiple cloud offerings, Cloud One is designed for “the cloud curious” and not just “cloud experts,” Akhavan says. “Cloud One enables customers that don’t really have the technical skills or resources to manage their own cloud migration and to take advantage of all the modernized IT capabilities that the cloud has to offer,” Akhavan says. “You get the efficiencies and scalability and security benefits of the cloud without having to be a certified cloud architect or engineer.”

One of those security benefits is a Zero Trust Architecture implemented by the Air Force, a stance that protects customers from malicious acts from outside, or from within, the cloud, such as the recent Solar Winds attack.

Pricing and choice are all built in. “We have AWS. We have Azure. We have Google Cloud,” Akhavan says. “And over the next year, we plan to add OCI, which is Oracle’s cloud infrastructure.”

Through Cloud One’s Kickstart, or C1K, program anyone with a CAC card can sign up for an initial engagement session, where Cloud One specialists can help walk customers through the cloud adoption process. Following that initial discussion, Cloud One technical teams will work customers through every step of the process.

“What we offer is full lifecycle support,” she explains. Technical teams can analyze legacy applications and develop cost estimates both for the initial migration and the long-term sustainment of cloud workloads. The analysis addresses the gamut of questions, from schedule, to cost, to risk assessment and the steps necessary to execute a successful migration. The power Cloud One gives DOD customers is a secure, scalable way to access the latest technologies and best industry practices available in commercial clouds.

Experts can also guide customers through the myriad options that can help manage costs. “Cloud offers a lot of options for pricing,” says Akhavan. On-demand plans let cloud adopters pay only for the bandwidth they actually use. Limiting the days or times of day a system is accessible can help reduce the price tag, for example.

Determining how best to migrate a system—whether to lift-and-shift, or whether to replace a legacy solution with something new that leverages the advantages of cloud—is something else Cloud One experts can help with.

Case in point: The Air Force’s new recruiting app, Aim High, was deployed in just two months, Akhavan says, making use of cutting-edge serverless technology “which essentially means they didn’t have to worry about infrastructure, even though it’s a global deployment.”

The Aim High effort involved industry and Air Force mission owners working together for a superior outcome. Cloud One technical teams provide whatever level of support customers require for migration—and they can offer operational support afterward once a customer’s cloud instance is up and running and their app has received its Authority-to-Operate, or ATO.

“Using modern software development practices, like continuous integration/continuous deployment, Aim High completed its migration ahead of schedule and under budget,” Akhavan says. Pinged an average of 11 times a second by current and would-be Air Force personnel all over the world, Aim High is one of the “lowest cost-per-hit applications out there,” she notes, and “It’s been up 100 percent of the time since it’s been deployed. You can’t get more reliable than that.”

“Aim High is just one of more than 65 applications that Cloud One has successfully migrated to the cloud; 42 more are in the pipeline,” Akhavan says, “and another 25 are in the analysis phase.”

Cloud One services can run the range from public-facing to sensitive Impact Level 6 missions. Air Force Headquarters A4 is using Cloud One to support mission-critical logistics workloads. To date, Cloud One has one application operating at Impact Level 6—which is the secret level—and four more in the pipeline, Akhavan says.

Cloud One facilitates and promotes Zero Trust for identity and access management, Akhavan says. And its pre-configured cloud services—what Akhavan calls providing “infrastructure as code” (IAC)—spares customers many of the time-consuming procedures that can slow cloud migrations to a crawl. Because security testing and certifications are already built in, agencies can more rapidly gain the necessary Authority-to-Operate, or ATO.

“A mission application coming into Cloud One inherits our ATO for all the common services we offer,” says Akhavan. “So the only part they need to worry about is the coding they put on top of that.”

The payoff: Cloud One migrations are 40 to 60 percent faster.

Akhavan sees cloud services continuing to evolve rapidly, especially as the Air Force accelerates its adoption of digital engineering, which uses software models to test and prototype new systems and predict products and predict when existing ones will need maintenance—a great use case because the software licenses are so expensive. Cloud One is already providing digital engineering as a service—allowing different mission systems owners who use digital engineering to share computing resources and the cost of those very expensive licenses.

Accelerating cloud adoption is vital, says Akhavan, because it is the linchpin of digital transformation. “A fully digital organization gives its people the ability to connect, to access the technology they need to complete their mission, from any place, anywhere, anytime, using any device,” she says. “All that is only enabled by cloud—by the global connectivity and the data accessibility you get from cloud. That is what unlocks it all.”