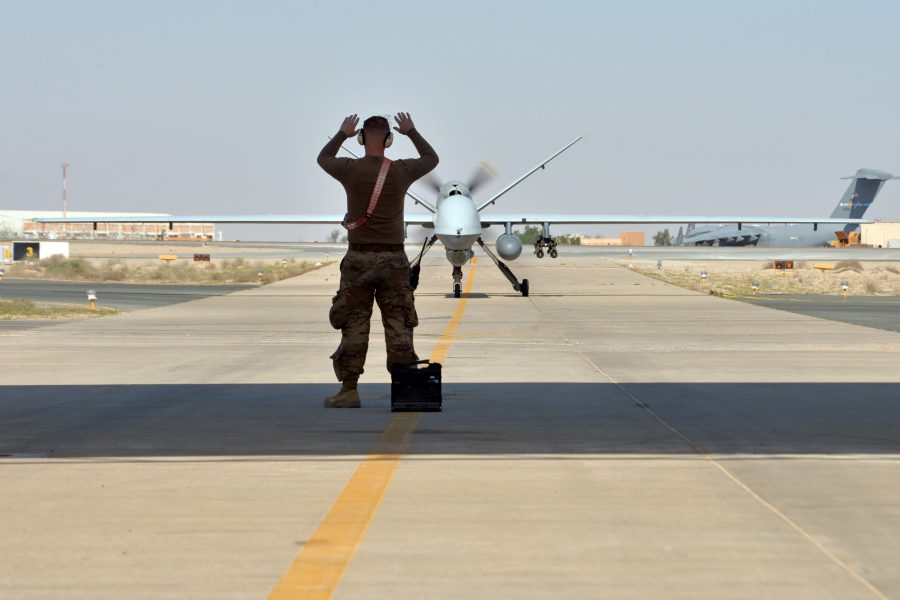 The Air Force’s plan to cut MQ-9 Reaper production and some air patrols in its fiscal 2021 budget request would negatively impact the ability to conduct operations and provide enough overwatch in hotspots in the Middle East and Africa, the top officials responsible for those regions said March 10.

The Air Force plans to buy 24 Reapers in 2021 and then begin shutting down its production line, cutting the total buy to 337 aircraft. The decision comes despite increasingly high demand for the remotely piloted aircraft across the world.

U.S. Marine Corps Gen. Kenneth McKenzie, commander of U.S. Central Command, told the House Armed Services Committee there is a “genuine requirement” for the aircraft in his area of responsibility, not only in the ongoing counter terrorism fight but also for watching over Iran’s movements in the Strait of Hormuz.

While the drones are vulnerable to enemy air defenses in Iran, the aircraft represents “intelligence-gathering capabilities we might not otherwise have,” he said.

“We would like to see if there’s a way to keep those in theater and continue to use them,” McKenzie said of the MQ-9s.

U.S. Africa Command boss Army Gen. Stephen Townsend told the committee that while he understands the Air Force’s need to have assets for a high-end fight, “the lower-end stuff works really well for us in AFRICOM and CENTCOM.”

Air Force acquisition boss Will Roper told members of the House Armed Services tactical air and land forces subcommittee on March 10 that figuring out what will succeed the MQ-9 Reaper, which is slated to remain in service through about 2030, will be among the most important decisions of the fiscal 2022 budget.

“Reaper’s been a great platform for us,” Roper said. “As we look to the high-end fight, we just can’t take them into the battlefield. They’re easily shot down.”

As the Air Force looks to build up the next generation of unmanned aircraft, Roper noted the growth in the drone industry over the past few decades.

“It’s a big market right now, many commercial applications. We’ll look at a mixture of options for the future,” Roper said. “There are things that are more high-end, military-unique things that are meant to be able to survive even in a contested environment. Obviously a lot of technology will have to go in and they’ll be likely expensive systems.”.

He believes the Air Force can also add more commercial drone technology and buy systems in larger quantities at a lower cost. The service is studying options at the high- and low-tech ends to inform its 2022 budget request.

Lt. Gen. David Nahom, the Air Force’s programs director, also told the subcommittee that the service’s planned reductions in the MQ-9 inventory matches the capacity it will gain from future intelligence, surveillance, and reconnaissance initiatives.

“We are really thinking about … what data is required to solve the problems that our air components and combatant commanders are looking for,” he said. “We are trying in every way possible to not be one sensor focused, one platform focused.”

ISR assets are still in high demand, and Haugh said different commanders around the world need that surveillance capability more than others.

“It’s a different risk when we talk to our [special operations forces] partners from the loss of any specific platform, versus Gen. [Jeffrey] Harrigian as the [U.S. Air Forces in Europe] commander or Gen. [Charles] Brown as the [Pacific Air Forces] commander, their risk would be very different by the loss of a platform or a sensor,” Haugh added.

In the meantime, the Air Force is training Marines to fly their own MQ-9s. The first two Reaper-certified Marine captains have arrived with four sensor operators at Marine Corps Air Station Yuma, Ariz., to start those missions after finishing USAF training, according to Lt. Gen. Steven Rudder, the Marine Corps’ deputy commandant for aviation.

The Marine Corps has deployed contractor-operated MQ-9s to Afghanistan as it refines plans for a large, armed drone known as MUX.

“We hope to be able to continue to operate with the Air Force as we’ve been looking at our next-generation unmanned system,” Rudder said. “What we’ve learned from the Air Force has been invaluable so we’re ready to step out on our own system.”