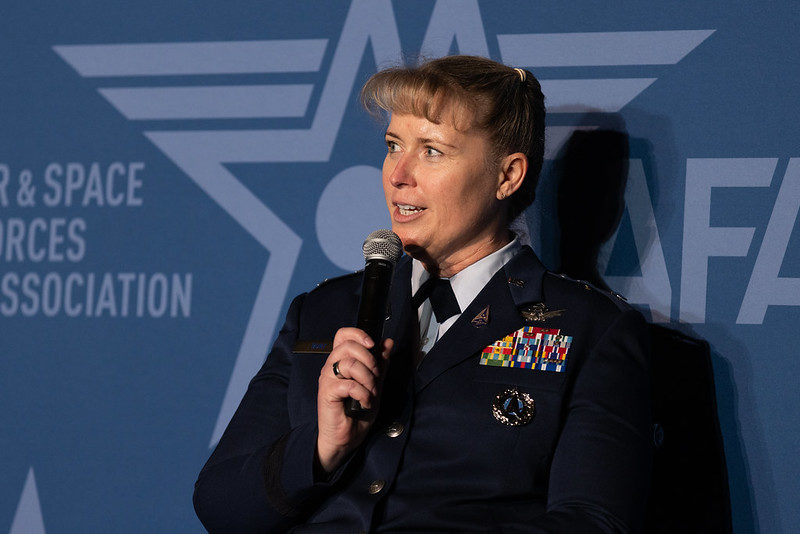 “Every other domain started with an entrepreneur who built something,” Burt, the special assistant to the Chief of Space Operations, said in a panel discussion Sept. 21 at AFA’s Air, Space & Cyber Conference.

“Henry Ford builds a car; we put armor on it and it becomes a tank. Orville and Wilbur fly an airplane. In World War I, we realize we can conduct ISR, put guns, drop bombs from it,” Burt said.

It is time for the scenario to shift 180 degrees, Burt told the audience.

“Industry is doing the things we need to do. We have to figure out how to get out of our own way and enable them, and help them,” Burt said.

“The future is space-enabled and software-defined,” Butrow told the audience. “That’s why we created the Space Force. That’s why we should be embracing and supporting a vibrant commercial space industrial base.”

While the U.S. led the way in developing innovations such as the modern internet and electrification of automobiles, panelist Chris Kemp told the audience that the nation has let down its guard in one key technology.

“We had the opportunity to lead the world with drones—autonomous flying technology,” said Kemp, who founded and heads Astra, a California-based space technology firm.

Turning around the trend in drones and ensuring it does not happen in other areas, Kemp said, is reachable.

“All you in this room have the power to drive the changes in procuring solutions and services by simply buying the data from the companies before you,” Kemp said. “If you do, America will lead the world in space for the next decade.”

Panelist Marc Bell, founder and chief executive officer of Terran Orbital, is encouraged by the space community’s overall willingness to adapt to change. His company is building software-defined synthetic aperture radar, which can reconstruct two- and three-dimensional images. The Defense Department, and USSF in particular, have demonstrated a willingness to buy such a product rather than embark on building one from scratch, he said.

“It’s a way the industry is changing, and the DOD and Space Force are changing with it,” Bell said.