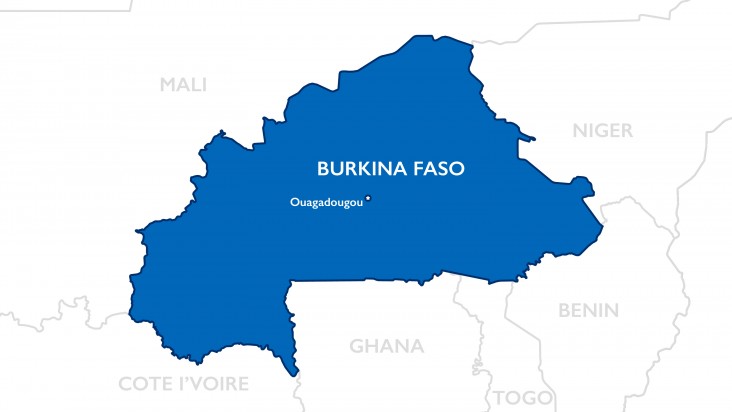 Presidential vehicles were found littered with bullets and soldiers mutinied across the country Jan. 23 while President Roch Kaboré disappeared from public view. Instead, French-educated Army Lt. Col. Paul-Henri Sandaogo Damiba declared he was in control and would end the reign of terror caused by Islamic militants. Burkina Faso citizens took to the streets in support of the military takeover, but a security expert tells Air Force Magazine that African military coups in the name of citizen security often create a vacuum that strengthens terrorist groups.

Beloum said he left the capital Ouagadougou for the conference co-sponsored by U.S. Air Forces Africa just as the coup began to unfold.

“I’ve been trying to reach out and make contact with folks back home and haven’t been able to get a clear answer on what’s happening,” he said. “Hopefully, the United States will be by our side to be able to set up re -elections as soon as possible.”

In recent days, it was learned that the military dissolved the government, national assembly, and suspended the constitution, detaining the president and several members of his government.

While the State Department has not yet made a determination that the military takeover is permanent, it has temporarily paused most assistance, a U.S. Department of State spokesperson told Air Force Magazine. The military leader so far seems unfazed, dismissing condemnation from the regional Economic Community of West African States (ECOWAS), which carries with it the threat of sanctions.

Beloum said the U.S. Air Force had been helping with training, intelligence, surveillance, and reconnaissance, and targeting data that it shares with the Burkina Faso Air Force.

The five weak states of the Sahel have vast territories and uncontrolled spaces where Islamic State group and al-Qaeda affiliated group JMIN are known to exist. The U.S. Air Force operates ISR platforms out of the Sahel nation Niger from Air Base 101 and Air Base 201, contributing intelligence to French ground forces who have killed terrorist leaders in recent years.

But the terrorist threat has spilled into Burkina Faso.

In June 2021, 100 people were killed in the northern village of Solhan, an attack blamed on terrorists who crossed the border from Mali. In November 2021, another attack killed 50 members of security forces, according to press reports.

The United States has long assisted the five nations making up the G-5 Sahel group, and supported France’s Operation Barkhane, which began in 2014. But even though France rescued Mali from a terrorist siege on its capital in 2013, the citizens of the region have balked at the continued presence of 5,500 French troops. French President Emmanuel Macron has promised to cut his presence in half, preparing to diminish resources containing the threat.

U.S. African Command has been the lead behind confronting the African terrorist threat, but has yet to comment on what will happen when the French depart. The command is still assessing developments in Burkina Faso.

“We are following the reports of a military takeover of the civilian government in Burkina Faso,” he added. “The situation is still developing and we do not have any additional information to provide at this time.”

Beloum is worried that if U.S. assistance is cut off, his nation of 21 million people will have even less of a capacity to track and target terrorists.

The Burkina Faso Air Force only has three Super Tucano light attack aircraft, but most are grounded.

“It could take up to one and a half to two years to get the spare parts from Brazil so that’s a big showstopper right now,” he said. “The aircraft are not operational, they’re grounded right now.”

An American ISR platform that operates out of Ouagadougou is feeding the military vital intelligence.

“The United States Air Force actually is collecting intelligence and sharing it directly with Burkina Faso because we are lacking this ability,” Beloum explained.

The vice air chief described advances it hoped to work towards with U.S. Air Force assistance, including thermographic FLIR cameras and a Cessna ISR program.

In Burkina Faso, he said the U.S. Air Force collects intelligence on specific target areas, then works in conjunction with Burkina Faso intelligence agencies to queue in the ISR platform on areas of interest.

“They continue to collaborate and that really helps the mission progress because we can actually help to queue the operation and then do the analysis afterwards,” he said.

Beloum described the militant groups in a manner different from international reporting, which focuses on their ideological motivations.

“You have these groups that conduct terrorist attacks to try to discredit or dismantle national authorities so that they can continue to carry out their trafficking whether it’s drugs, arms, weapons, and gold as well,” he said.

The vice air chief acknowledged that there are groups with a political motivation, but he said “banditry” was the bigger problem.

With four military coups taking place in West Africa in less than two years, National Defense University scholar Joseph Siegle said militaries in the region are beginning to believe overthrowing civilian government is the solution to discontent in the ranks.

“We have a more assertive military, an attitude among some military actors that they have the right to intervene in governance in Africa,” he said.

In the case of Burkina Faso, the third G-5 Sahel country to fall to military rule in two years, citizen security against terrorism was cited as a rationale. But Siegel says military takeovers do not lead to greater protection from terrorism.

“That’s not what’s happening, the security problem is getting worse there,” he said.

“It sort of ignores that their main motivation to take power is to get to the trappings of power,” he added. “It isn’t somehow there to improve the security environment, we aren’t seeing that on the ground. So, it’s a beguiling narrative.”

“We acknowledge the tremendous stress on Burkinabé society and security forces posed by ISIS and JNIM, but urge military officers to step back, return to their barracks, and address their concerns through dialogue,” the spokesperson said in a statement provided to Air Force Magazine.

Meanwhile, Beloum is already looking ahead, hoping the military will restore civilian control and relations with the United States Air Force will be preserved.

“I think the intention will be to hopefully maintain that partnership throughout this period as we try to quickly re-establish free elections ultimately to protect the civilians and make sure that that security is in place for the civilian populations,” he said. “I can’t really say for sure because like I said, I’m not in contact with my leadership.”