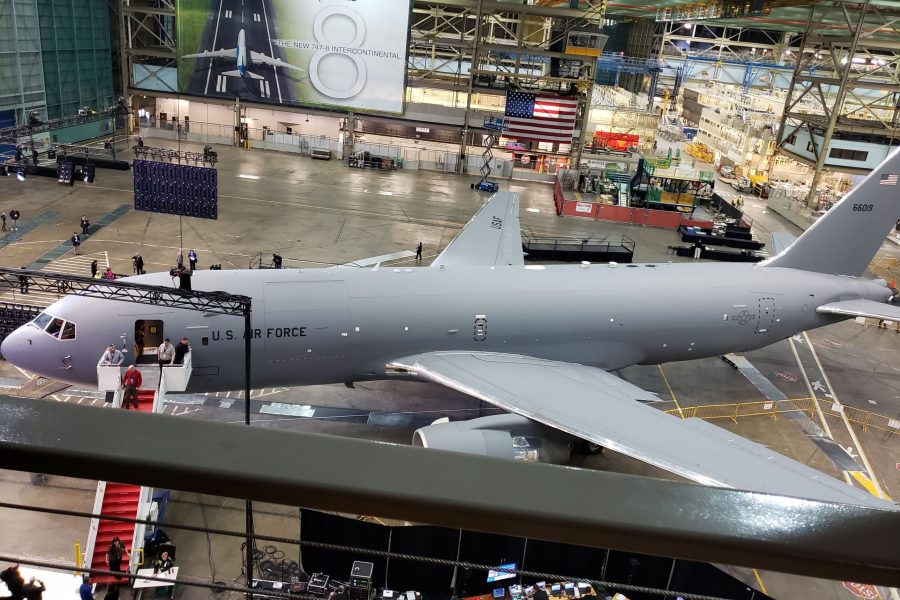 Boeing on April 13 reopened some of its production lines, including work on the Air Force’s new KC-46 tanker, which had been closed for weeks due to the coronavirus pandemic.

The company is resuming work on the KC-46 at its Everett facility, as well as work on the Navy’s P-8 in Renton and the 737 MAX in Moses Lake. The production lines have been shut down since the company closed its Washington state facilities on March 25 after several employees tested positive for COVID-19.

“Boeing’s work supporting the Department of Defense as part of the defense industrial base is a matter of national security and has been deemed critical,” the company said in a statement. “The work we do directly supports the servicemen and women protecting the nation around the clock—and they are counting on us to get it done.”

Production is reopening in a “phased approach” to ensure the supply base is stable, personal protective equipment is available, and necessary safety measures are in place, according to Boeing.

The company is putting in place multiple changes as part of the process, including employee wellness checks at the beginning of every shift, staggered shift start times, visual measures such as floor markings for physical distance, continued virtual meetings and telework, one person per row on shuttles and dining areas, and hand-washing stations. Workers need to wear masks, and the company is providing face coverings for those who need them.

Air Force acquisition boss Will Roper previously said the service was not alarmed yet, though an extended closure could impact deliveries. Boeing has sent 33 KC-46s to the Air Force.

On April 2, the Air Force announced it was providing $882 million of withheld payments to Boeing as the company faced hardships related to the new coronavirus outbreak. The funding was previously blocked because of non-compliance of requirements on the tankers that had already been delivered.