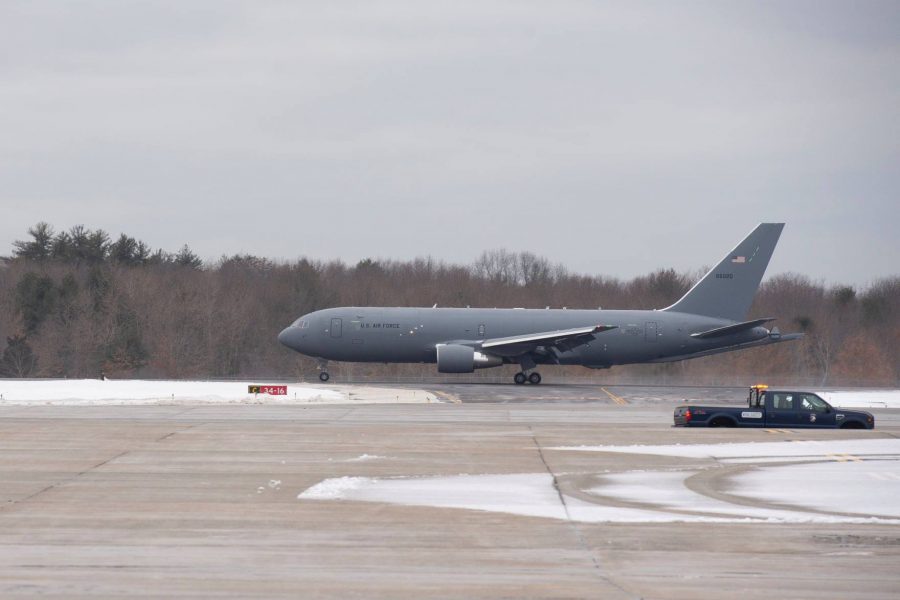 The 157th Air Refueling Wing on Feb. 5 filled up its KC-46 hangars, receiving its 12th and final Pegasus as Boeing delivered the 44th tanker to the Air Force.

A crew from the wing at Pease Air National Guard Base, N.H., flew the tanker home from Boeing Field in Seattle. The base received its first KC-46 in August 2019, after divesting its last KC-135 in March the same year.

“Here at Pease, we have a history of performance and excellence, as well as community support, and that is why we were chosen to receive the Air Force’s newest platform,” said Col. John Pogorek, commander of the 157th ARW, according to a base release.

In late January, McConnell Air Force Base, Kan., marked the first time an all-female aircrew flew the KC-46. Fourteen women flew the new tanker to the United States Air Force Academy as part of an initiative to increase the number of women and minorities who join rated career fields, McConnell said in a release.

“The fact is that the Air Force pilot population is male-dominated, and we wanted to send the message that this fact did not mean that women aren’t capable or have more of a difficult time being a good pilot,” said Maj. Kaitlin Schafer, 344th Air Refueling Squadron chief of scheduling, in the release.

Of the 10,964 pilots in the U.S. Air Force today, only 708—just 6.5 percent—are women and the majority them fly mobility aircraft, according to statistics provided to Air Force Magazine.

The Air Force plans to buy 179 of the tankers as it works through developmental problems in the long-delayed program. Air Mobility Command boss Gen. Jacqueline D. Van Ovost said Feb. 1 that the service has resolved two major Category 1 deficiencies related to the aircraft’s auxiliary power unit—one of which was fixed and another downgraded to a less serious Category 2.

The jet still has four Category 1 deficiencies, defined by problems that could impact the safety of flight. Three of those are related to its problematic Remote Vision System, and one is related to a stiffness problem in the refueling boom. USAF and Boeing last year agreed to a fix to the RVS, expected to be delivered by 2023.

The Air Force and Boeing have made progress on remaining Category 2 problems, but many remain. The service said Feb. 9 there are 608 Category 2 deficiency reports pending on the aircraft, down from 732 in June 2020.

“CAT II deficiencies are conditions that could negatively impact operations, but have acceptable workarounds,” USAF spokesman Capt. Josh Benedetti said in a statement. “They can be characterized as test and evaluation, product quality, and/or [be] specific to an aircraft’s acceptance process. All CAT II deficiencies are in varying stages of disposition. The Air Force and Boeing remain committed to resolving deficiencies with the KC-46.”

On Feb. 9, Boeing also announced that the first KC-46 designed for the Japan Air Self-Defense Force took flight at its Everett, Wash., facility. Japan is the first international customer for the tanker, and is scheduled to receive the first jet later this year.

“This is an exciting milestone for the JASDF and Boeing,” said Jamie Burgess, KC-46 program manager, in a company release. “Japan is getting closer to receiving the most advanced air refueling tanker in the world.”

The U.S. Air Force awarded Boeing a $279 million foreign military sales contract for the tanker in December 2017. Japan is on contract for four of the aircraft.