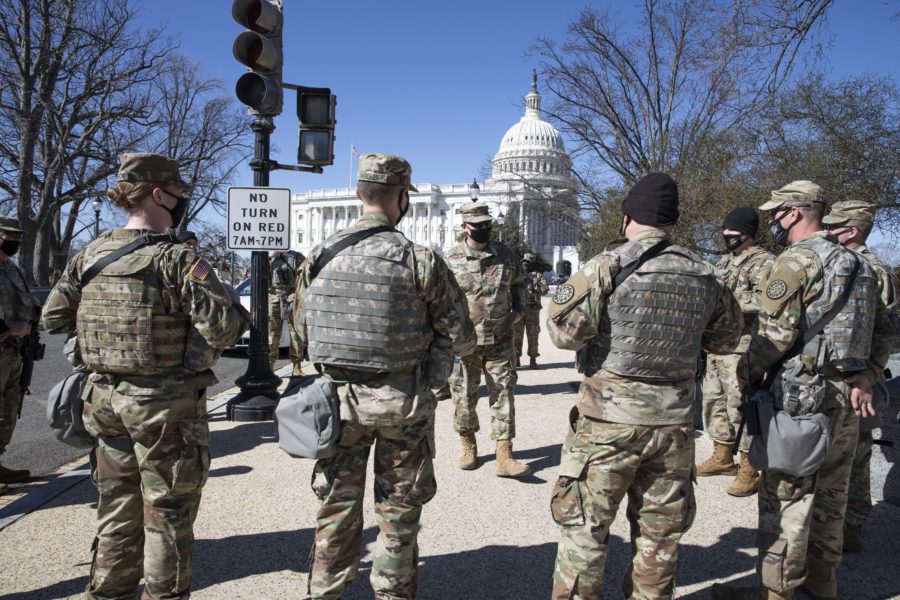 Guard to be Reimbursed for Capitol Mission in $2.1B Bill Cleared for Biden’s Signature

The House and Senate both passed a $2.1 billion emergency security supplemental bill July 29 that fully reimburses the National Guard for its role in protecting the U.S. Capitol after the Jan. 6 insurrection. It also provides relief for Afghan interpreters who helped the U.S. during the war and significantly increases the number of authorized Special Immigrant Visas.

The bill now heads to President Joe Biden’s desk for his signature with just two days left before the Guard’s funding runs out.

National Guard Bureau Chief Gen. Daniel R. Hokanson told Pentagon reporters last month that readiness would be “significantly impacted” if Congress did not reimburse the Guard the $521 million spent during the unexpected five-month mission to protect the Capitol. “It’s critical for us to get it this year because the funding will be required for us to complete not only our drills but all operations and training we have scheduled,” he said at the time.

Partisan priorities had kept competing bills from advancing for weeks, with Republicans calling for a clean bill that only reimbursed the National Guard and Capitol Police expenses and Democrats calling for billions in security upgrades and other priorities like funding to support Afghan coalition translators.

But the Senate unanimously approved the legislation on Thursday, and the House voted 416 to 11 in its favor.

“By passing this bill, we have honored the service of the Capitol Police and the National Guard with the funding they need. And we have sent a clear message that we respect the hard work they do,” said House Appropriations Committee Chair Rep. Rosa DeLauro (D-Conn.).

The legislation also increases the number of Afghan Special Immigrant Visas by 8,000 and provides $1.125 billion for emergency transportation, housing, and other essential services for Afghans coming to the U.S. under the program.

“We have the responsibility to take care of the Capitol Police in the wake of their incredible service on January 6th and to reimburse our National Guard for costs incurred protecting the Capitol. We have the responsibility to pay for costs we have already incurred as a result of the pandemic. And we have the moral responsibility to stand with our Afghan partners who stood with us through two decades of war,” said Senate Appropriations Committee Chairman Patrick Leahy (D-Vt.). “This bipartisan agreement addresses these critical needs, and it addresses them now because they cannot wait.”