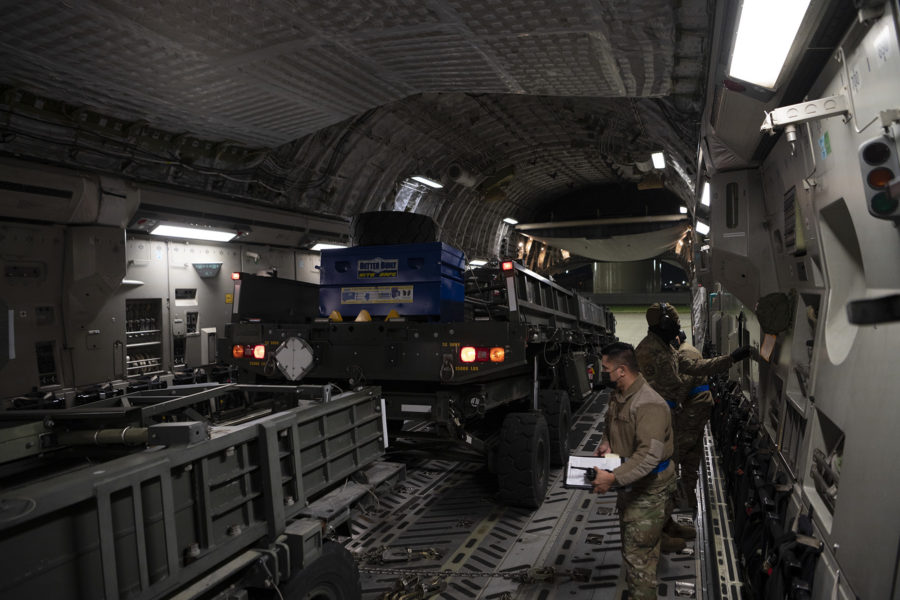 On the anniversary of the Allied defeat of Nazi Germany, President Joe Biden signed a modern-day Ukraine Lend-Lease bill, while Russian President Vladimir Putin used “bluster” and “falsehoods” in a Red Square speech to rally public support for his war in Ukraine.

Biden called the law an “important tool of reference to support the government [of] Ukraine and the Ukrainian people.”

The bill, which had bipartisan support, will streamline the President’s authority to enter into agreements with Ukraine to lend or lease defense articles to counter the Russian military invasion as the President awaits passage of a $33 billion supplemental funding bill to support Ukraine.

Before signing the lend-lease act, Biden reflected on World War II, noting: “Putin’s war [is] once more bringing wanton destruction in Europe,” while the European Union, which also backs Ukraine, is “reaffirming [an] enduring commitment to the future grounded in democracy, human rights, and peaceful resolution, and disagreements.”

Since the start of the Russia-Ukraine conflict on Feb. 24, the Biden Administration has authorized more than $3.7 billion in defense assistance to Ukraine. On May 6, Biden approved another $150 million from his drawdown authority to pull weapons from U.S. stocks for Ukraine.

But there is only about $100 million remaining in presidential drawdown authority before funding runs dry.

Pentagon spokesman John F. Kirby said May 9 that defense assistance to Ukraine would likely run out by the third week of May. But, the current pace, which include several daily cargo flights of aid to Eastern Europe, will continue at the same clip.

“We’re not slowing it down,” Kirby told defense journalists. “We’ve gotten enough indications out of Congress, and there’s bipartisan support for supporting Ukraine.”

He added: “Everything coming out of the Hill tells us that this supplemental will be acted on and approved.”

The $33 billion supplemental is expected to last five months, and would keep a steady flow of defense assistance to Ukraine while helping to replenish U.S. stocks and those of European allies.

Meanwhile, in Red Square, before the pomp of a strident military parade, Putin claimed his “special operation” in Ukraine was justified to defend the “motherland” from a perceived threat posed by the West. The Russian leader reiterated his claims that the war was necessary to rid Ukraine of the threat posed by modern-day “Nazis.”

To the surprise of many security analysts, Putin did not call for a full-scale war or escalation of the conflict despite his forces’ suffering heavy losses in the first 75 days.

At the Pentagon podium, Kirby rejected Putin’s claims that Ukraine posed a threat to Russia, that the war was justified, and that the invasion was timely.

Earlier in the day, a senior defense official described the progress of Russia’s re-oriented forces in eastern Donbas region as “very limited.”

The Defense Department assessment was that Russian officers were anecdotally disobeying orders, and that battlefield progress had resorted to “single-digit kilometer” gains and a daily exchange of small, rural towns amid trench warfare and artillery exchanges.

“The bill demonstrates the support for Ukraine is pivotal at this moment,” Biden said. “The cost of the fight is not cheap, but caving to aggression is even more costly, that’s why we’re staying in this.”

When the Ukraine Defense Contact Group meets in Germany late this month, provision of fighters to Ukraine will be a key topic of discussion, former Supreme Allied Commander Europe and retired Gen. Tod D. Wolters said. While he thinks it should happen, he sees the political situation for such a…