Skip to content
A U.S. Air Force B-52 from Barksdale Air Force Base is aerial refueled by a KC-135 Stratotanker over the U.S. Central Command area of responsibility Dec. 30, 2020. Air Force photo by Senior Airman Roslyn Ward.
Expand Photo 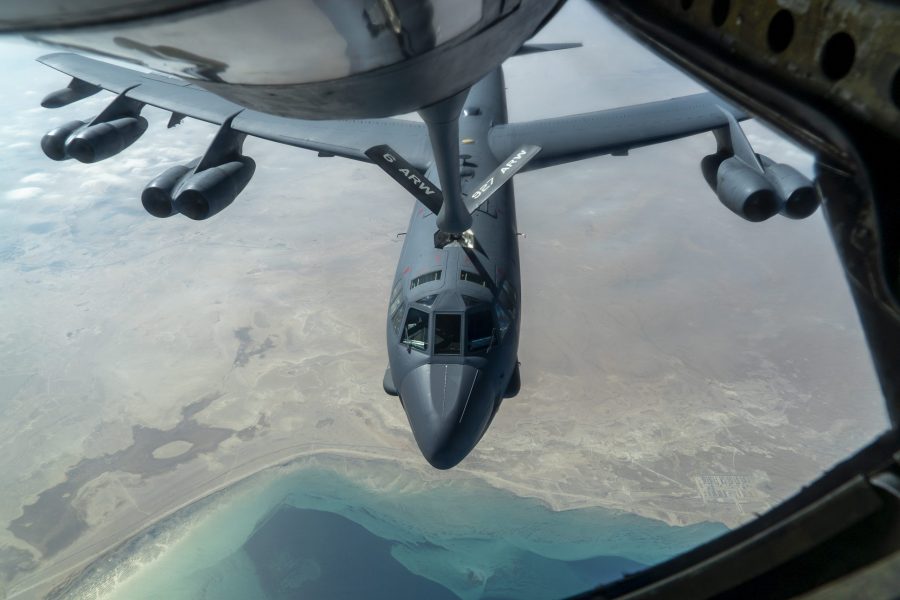 Two B-52s flew a direct, 36-hour round-trip flight from Minot Air Force Base, N.D., to the Persian Gulf this week in the latest of a series of bomber task force missions to the region.

The B-52Hs from the 5th Bomb Wing took off from Minot on Jan. 6 and linked up with multiple refueling tankers before flying over an undisclosed area of the Persian Gulf “to send a clear deterrent message by displaying the ability to deploy overwhelming combat power on short notice,” U.S. Central Command said in a statement.

The long sortie is the fourth in the past two months and the first of 2021. It comes as CENTCOM has postured the USS Nimitz aircraft carrier and other assets in the region. On Jan. 3, Acting Defense Secretary Christopher C. Miller directed the Nimitz to return to the area as it was heading home, due to threats from Iranian leaders.

Two B-52s on Dec. 30 flew a similar roundtrip sortie from Minot to the region in what CENTCOM called a “deliberate appearance.”

“The United States continues to deploy combat-ready capabilities into the U.S. Central Command area of responsibility to deter any potential adversary, and make clear that we are ready and able to respond to any aggression directed at Americans or our interests,” Gen. Kenneth F. McKenzie said in a statement at the time. “We do not seek conflict, but no one should underestimate our ability to defend our forces or to act decisively in response to any attack.”

The Air Force had based bombers in the region at al-Udeid Air Base, Qatar, but ended that practice in early 2020. Air Force Global Strike Command said at the time the move was needed to take the bombers out of Iran’s ballistic missile range.