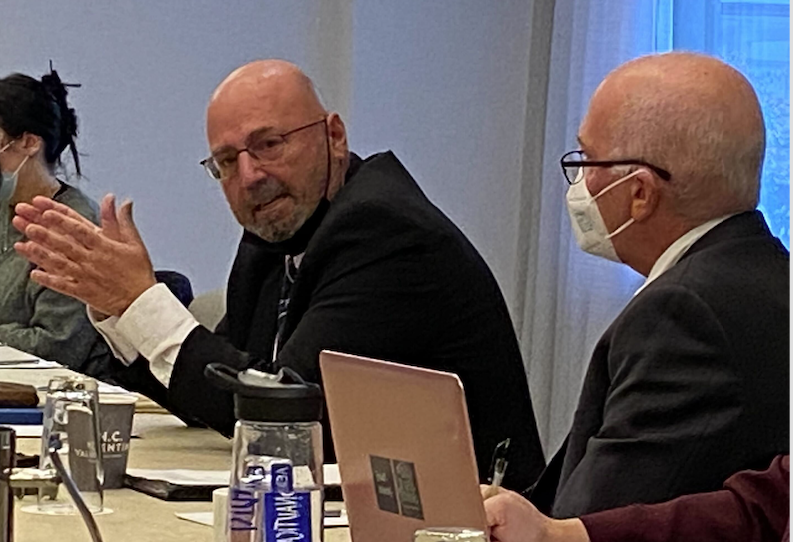 Australia-US Alliance to Include Enhanced Air and Space Cooperation

Australia is declaring its allegiance to the “global rules-based order,” the U.S. Defense Department’s code for keeping China in check, with a host of joint military capability development plans that go beyond the recent high-profile sharing of nuclear submarine technology.

“Australia’s role has increased in prominence because of what’s happening in the region,” Australian ambassador in Washington, D.C., Arthur Sinodinos said at a meeting of the Defense Writers Group on Nov. 16.

“China has risen, and the center of gravity of the global economy, the global geopolitics, if you like, has shifted to the Indo-Pacific,” he added. “That’s raised real challenges. Our strategic circumstances have changed.”

On the 70th anniversary of the ANZUS Security Treaty between the United States, Australia, and New Zealand, Australia plans to invest heavily in defense, with close to $200 billion over 10 years. As part of the new trilateral security agreement between Australia, the United Kingdom, and the U.S., known as AUKUS, the Pacific ally also plans to jointly develop a range of new military capabilities with the United States to fulfill, in part, a strategic aim to develop 60 critical technologies.

“This is not just about submarines,” the ambassador underscored.

“My prime minister puts particular focus on the non-submarine aspects of AUKUS,” he said, citing artificial intelligence, machine learning, cyber warfare, quantum computing, and separate undersea warfare capabilities. “It’s all very important capabilities for Australia to develop high-level capacities in, and that we cannot do on our own.”

“We bring a lot to the table, but we benefit enormously,” he said.

In part, Australia intends to develop its own indigenous military capabilities.

“What we’re trying to do with sovereign capabilities is that … in the context of a conflict, we have access on-shore to, for example, precision-guided munitions that might otherwise be in short supply,” he said. “By having that capability, we’re actually stronger allies and partners.”

“On hypersonics, we have been doing further work with the U.S. about the potential of these developments,” the ambassador said without elaborating.

Sinodinos also elaborated on what he meant by “enhanced air cooperation” with the United States.

“The Joint Strike Fighter, for example, is an example of a technology where we got in on the ground floor with the U.S. to help develop,” he said of the nine-country, jointly funded program that led to the development of the F-35. “That’s a philosophy we’re bringing to some of the other capabilities.”

Australia’s early involvement in the program helped the country to better understand the technology and the supply chains required, he said.

“When we talk about enhanced air cooperation, it’s also about that technological aspect,” he said.

In the area of space cooperation, Sinodinos, who as a minister of industry helped establish the Australian Space Agency, said Australia sought to improve space situational awareness and strengthen its launch capabilities.

“Space is an area where we think we can bring strengths to the table,” he said, noting a desire to establish launch capabilities in South Australia. Sinodinos said Australia was in the process of negotiating a technology safeguard agreement for the exchange of information and technology with NASA around space launch.

Sinodinos also noted that Australia set up a working group on force posture initiatives in 2020 and currently hosts 2,500 U.S. Marines in the northern city of Darwin.

“We’ve also entered into a sort of a classified agreement on strategic intent on capabilities,” he said, possibly referencing the Pentagon’s ongoing force structure review. “Once that paper is out, things will be a lot clearer publicly, and we’ll be able to speak about this more publicly as well.”