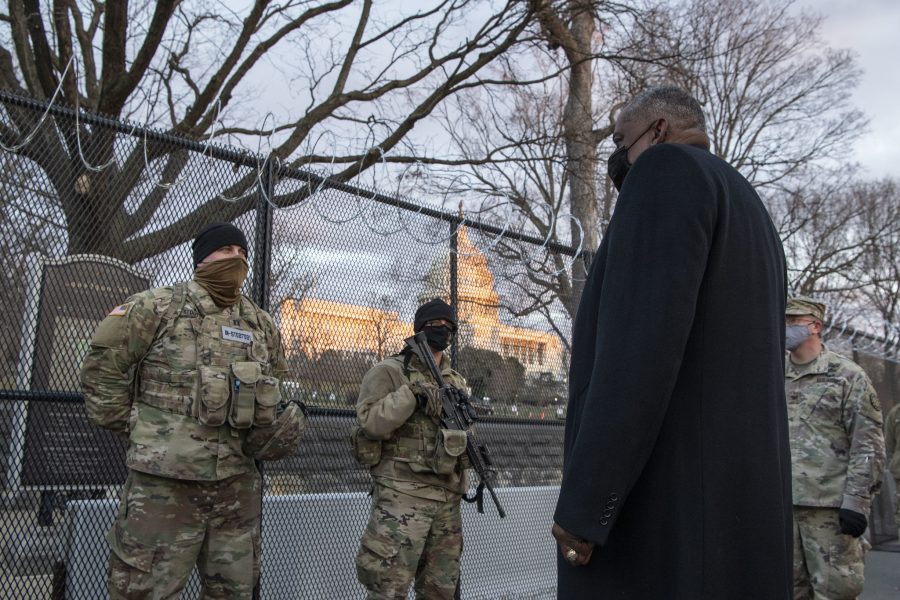 Austin Orders Stand Down to Address Extremism in the Ranks

Defense Secretary Lloyd J. Austin III on Feb. 3 ordered a military-wide “stand down” over the next 60 days to have units discuss extremism in the ranks, the Pentagon announced.

The stand down, similar to the Air Force’s 2019 resiliency tactical pause to address suicide and a 2018 stand down for aviation mishaps, directs individual units to select a day to cut back on its operations to discuss the growing problem, according to a Defense Department release.

“It’s got to be a leadership issue down to the lowest levels, small unit leadership all the way up to (Austin),” Pentagon spokesman John Kirby said in the release. “So if you consider it a leadership issue, then maybe there will be some potential solutions there to allow us greater visibility.”

The stand down comes as senior DOD officials have said the department is struggling to grapple with the problem of extremism in its ranks. Garry Reid, the Pentagon’s director for defense intelligence, said last month in the aftermath of the insurrection at the U.S. Capitol that though DOD policy expressly prohibits personnel from actively advocating supremacist and extremist ideology and causes, there has been a rise in incidents.

“All military personnel, including members of the National Guard, have undergone a background investigation, are subject to continuous evaluation, and are enrolled in an insider threat program,” Reid said, referring to those activated to protect the inauguration and the nation’s capital. “Simply put, we will not tolerate extremism of any sort in DOD.”

A senior defense official said last month the FBI notifies DOD of about 200 cases per year that are being investigated, though that number encompasses all criminal investigations and doesn’t specify which are extremism related.

Supremacist groups have actively targeted troops already in service, and have tried to enlist already active members, the official said.

“We know that some groups actively attempt to recruit our personnel into their cause, or actually encourage their members to join the military for purposes of acquiring skills and experience,” the official said. “We recognize that those skills are prized by some of these groups, not only for the capability it offers them, but it also brings legitimacy in their mind to their cause—the fact that they can say they have former military personnel that aligned with their extremist and violent extremist views.”

Some of those arrested in connection with the Jan. 6 riot at the Capitol, and those in attendance, have included veterans, current National Guard members, and at least one Active-duty service member. Following the incident, a group of 14 Democratic lawmakers sent a letter to the Pentagon’s Inspector General urging a deep investigation into “instances of white supremacist and violent fringe extremist activity within the military.

“Beyond the insurrectionist attack on the Capitol, it has been widely reported that white supremacists are joining the military and permeating the ranks,” the senators wrote. “Although some recruits with extremist views attempt to join the military, it is also common for this destructive ideology to take hold during military service. The spread of white supremacist ideology is dangerous for the military and threatens to rupture civil-military safeguards that our democracy requires.”

During his confirmation hearing on Jan. 19, Austin said he would immediately work to rid the military ranks of extremism.

“If confirmed, I will fight hard to stamp out sexual assault, and to rid our ranks of racists and extremists, and create a climate where everyone fit and willing has the opportunity to serve this country with dignity,” he said.