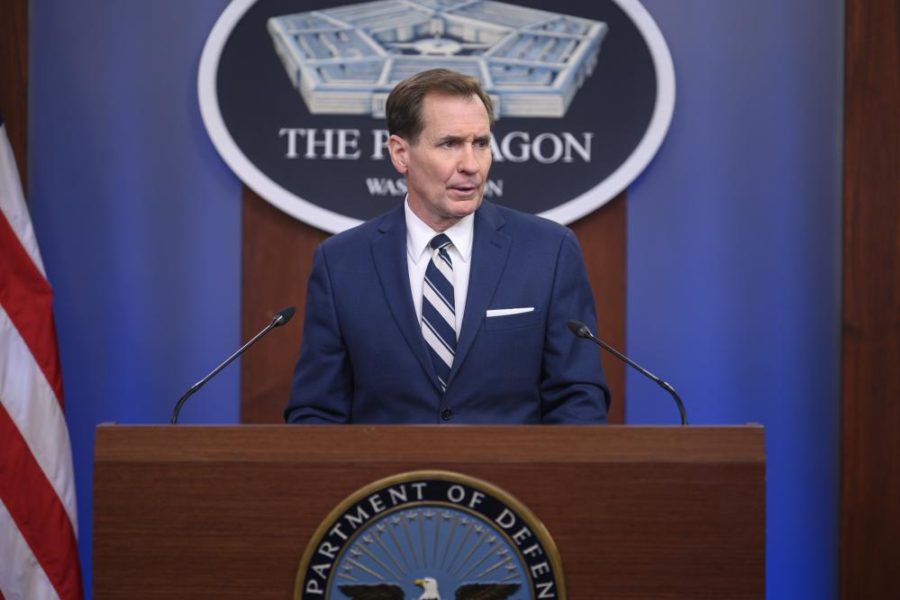 US Repels Attacks in Iraq, Syria on Anniversary of Soleimani’s Death

Two armed drones flew near an Iraqi military base hosting U.S. forces near Baghdad International Airport Jan. 3 when they were detected and shot down, according to press reports. The attempted attack came on the second anniversary of the assassination by a U.S. drone strike of Iranian Quds Force commander Qassem Soleimani in Baghdad.

Some 2,500 American service members remain in Iraq on an “advise, assist, and enable” mission since the combat mission in Iraq ended Dec. 9, 2021. The attempted drone attack is still under investigation.

At approximately 3:40 p.m. local time Jan. 4, Coalition forces near a military base used by American troops in Deir ez-Zour, Syria, known as Green Village, observed several launch sites of indirect fire rockets that posed “an imminent threat,” according to a Coalition official.

“Acting in self-defense, coalition forces conducted strikes to eliminate the threat,” the official said in a statement provided by CENTCOM to Air Force Magazine. “Indirect fire attacks pose a serious threat to innocent civilians because of their lack of discrimination.”

Pentagon spokesman John F. Kirby told journalists at a Jan. 4 briefing that U.S. forces in the region are in continuous danger.

“Clearly, our men and women remain in harm’s way, and we have to take that threat very seriously,” he said. “One of the reasons why these sites were hit was we had reason to believe that they were going to be used as launch sites for attacks on Green Village.”

Kirby said the responsible group had not yet been identified, but the available evidence suggested the same Iranian-backed militias that have frequently fired rockets at U.S. forces.

“We continue to see threats against our forces in Iraq and Syria by militia groups that are backed by Iran,” he said.

“We’ve seen in just the last few days that there have been acts perpetrated by some of these groups that validate the consistent concern that we’ve had over the safety and security of our people,” Kirby added.

Iran-backed militias have killed and injured Americans in the region and prompted former President Donald J. Trump to strike Soleimani on Jan. 3, 2020.

“These kinds of attacks are very much in keeping with the kinds of attacks we’ve seen from Iran-backed militias in Iraq and in Syria,” Kirby said. “So obviously, our working level assumption is that such groups were responsible for these.”