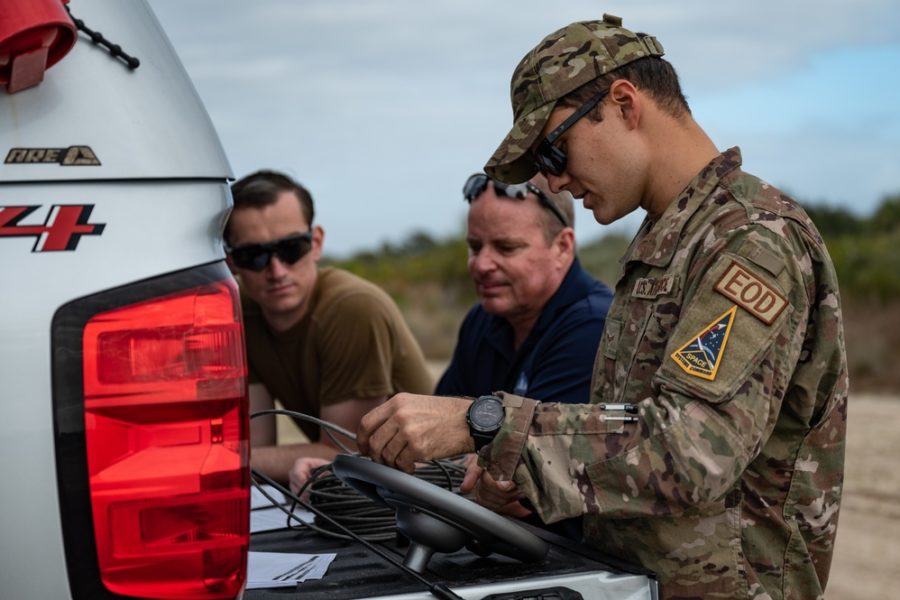 As Space Force Grows, More Airmen May Be Needed for Support

While the Space Force continues to grow, with more inter-service transfers and a substantially larger budget projected in 2023, the new service’s base support functions are still staffed almost entirely by Air Force personnel—and that’s unlikely to change for the foreseeable future, leaders of the Space Force’s Peterson-Schriever Garrison said May 9.

As the commander and command chief master sergeant of the Peterson-Schriever Garrison, respectively, Col. Zachary “Shay” Warakomski and Chief Master Sgt. Sevin Balkuvvar are emblematic of that unique dynamic—Warakomski is a Guardian; Balkuvvar is an Airman.

“Peterson-Schriever Garrison, most people don’t know this, but we are actually 97 percent Airmen,” Balkuvvar said during an AFA Air & Space Warfighters in Action virtual event. “We do provide all the support—most of the support comes from the Airmen with the mission support and medical group and also staff agency backgrounds, so the deltas and our Guardians that are doing the mission can really continue to focus on their mission without having to worry about anything else.”

Just about the only Guardians who are actually part of the garrison, Balkuvvar added, are part of space communications squadrons.

Within the Space Force’s three-tier structure of squadrons, deltas, and field commands, garrisons fill a niche, responsible for all the non-operational things that need to happen for the service to function.

“We have got to have defenders of the gate. We’ve got to have the contracted means in place. We have to have the … IT functions to provide the network and telephony aspects of that because we fight from home,” Warakomski said. “We fight from these power projection platforms. And so our space operators understand that. They get it. They know how critically important it is to have these Airmen in place, and the Guardians in the case of the comm squadrons, to be able to perform all of those functions.”

And while the Air Force and other services are expected to transfer more personnel into the Space Force soon—building the service’s end strength to 8,600 Guardians in fiscal 2023—the number of Airmen involved with the service may grow as well, Balkuvvar said.

“As the mission growth happens, the numbers for the Airmen may go up, just because, obviously, as we bring on more and more space operations, there’s going to be a need for more and more Airmen to be able to do the support,” said Balkuvvar. “But that is just yet to come.”

Whether that increase in Airmen supporting the Space Force will be matched by a growth in the number of Guardians is also still uncertain, Balkuvvar said—meaning that balance of 97 percent Airmen to 3 percent Guardians at the Peterson-Schriever Garrison could continue.

It’s a balance that Warakomski and others compare to the relationship between the Navy and the Marine Corps, with Marines operating under the Department of the Navy and sometimes sharing manpower.

But while the Marine Corps has its own judge advocates, financial managers, cooks, military police, logistics specialists, and more, the Space Force relies on Airmen to perform almost all of those duties. And that’s not likely to change, Warakomski predicted.

“I think that basically the relationship that the Air Force and the Space Force have established to date in terms of using [Air Force Materiel Command] as that servicing MAJCOM, I quite honestly would envision that going forward into the future,” Warakomski said. “A lot of that has to do with our end strength in the Space Force in terms of being the smallest service, the newest service, and being able to rely upon … the Department of the Air Force. … So from that standpoint, for the foreseeable future, I think that that’s basically where we’re going to probably remain.”