Giving Joint Assignments Their Due 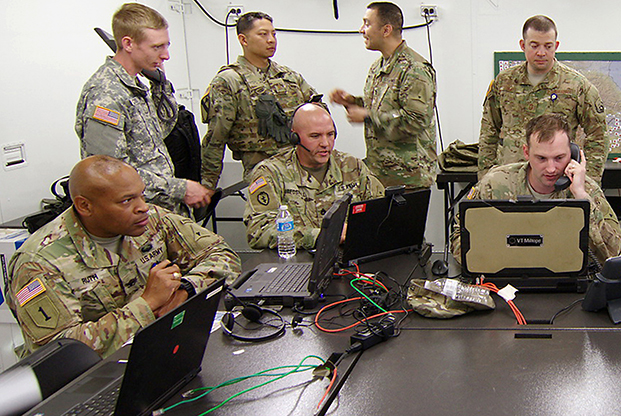 It is a truism to say the Air Force will not go to war alone. In all realistic scenarios, USAF will battle alongside Army, Navy, and Marine Corps forces. In war zones and on deployments, a joint environment is the norm.

Organizationally, however, the Air Force sometimes operates as if the “purple” world were a mysterious parallel universe. In the worst-case scenarios, airmen aren’t educated about or trained for their joint assignments, the service is unprepared to lead multiservice teams, USAF doesn’t know what to do with its joint experience, and airpower winds up marginalized.

The Air Force is moving to fix this. Gen. David L. Goldfein, Chief of Staff, has made “strengthening joint leaders and teams” one of his three primary focus areas. This includes rebuilding USAF’s ability to lead joint task forces (JTFs).

“If you look around the globe today you can see upwards of 20 JTFs, … more if you count the combined joint task forces,” Goldfein noted at AFA’s Air, Space & Cyber Conference in September.

USAF typically does not lead these task forces. The Army, which has built JTF leadership into its organization, does.

This leaves the National Command Authority with limited options when a crisis erupts. “Historically, JTFs stand up within days or weeks of a crisis with little fanfare or warning,” Goldfein noted in a 2016 paper on joint leadership. “While intended to exist only for the duration of the crisis, they often become enduring.”

When the Army is the entity certified to lead a US response, well, the Army is going to lead the task force. Often this makes sense, but what if an emergency requires an airpower-intensive response? The Army will lead that, too. The Army keeps elements of its 82nd Airborne Division prepared to lead JTFs and is regularly called upon for that purpose.

In a little over a year, 9th Air Force should have a team “ready to command and control a JTF or joint operation,” he said in an interview, and “handle any mission that is given to us.”

“This is another arrow in the quiver of the joint force,” Zobrist said. “Given the importance air operations have played in all of the operations over the last 20 years, it’s helpful for the US military leadership … to have a variety of organizational specialties and backgrounds do command and control.”

_You can read this story in our print issue:

The goal is for planners to say, “Ninth Air Force: I know them, they participated in all these exercises, they’re really good at what they do, they bring this unique capability. … We’re going to pick them,” Zobrist explained.

Running parallel with the JTF effort are several personnel management needs. USAF needs airmen ready for joint work at every stage of their careers; personnel trained for these assignments; and to reward them with logical follow-on assignments and promotions.

For example, the Air Force should educate airmen on joint language and processes beginning in basic training, continuing throughout their careers, said Maj. Gen. Brian M. Killough, director of strategic plans on the Air Staff and head of Goldfein’s joint leaders task force.

The Air Force’s culture and organizational stovepipes can penalize airmen who serve in purple assignments. “In the past, there have been airmen who have gone out into these joint assignments, and their core function has ‘forgotten about them’ or they have been disadvantaged when they came back,” Killough explained in an interview.

Goldfein “considers that joint assignment to be such a high priority that he has dedicated one of his top three efforts [to making sure] we train, educate, develop, reward folks” for those assignments, Killough explained. “This is a growth field.”

USAF has successful processes in place to prepare general officers for joint leadership positions. Majors and tech sergeants up for a joint posting in Djibouti or South Korea need to know the Air Force will have them ready for the deployment and that such a move will be good for their careers.

The Chief has pledged to push this issue for all four years he is in office, which is good because it takes time for a culture shift to sink in. The Air Force needs to stick with this and strengthen joint leaders for the long haul.