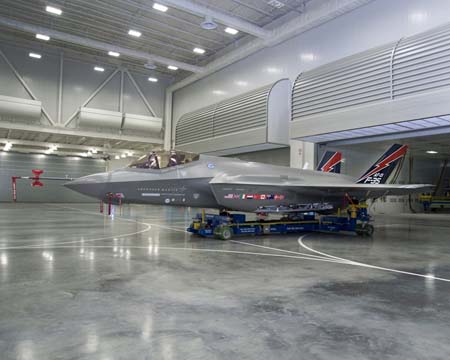 The Air Force’s “best estimate” is that it will have its first squadron of F-35A strike fighters combat-ready in the first quarter of 2016, Maj. Gen. Johnny Weida, the assistant deputy chief of staff for operations, plans, and requirements, told Senate lawmakers Tuesday during an oversight hearing. He said when initial operational capability is declared, this combat-ready unit would have between 12 and 24 F-35s equipped with Block 3 software and would be able to conduct anti-access and offensive counterair operations as well as suppression and destruction of enemy air defenses. However, it’s Air Combat Command’s ultimate call when to actually declare IOC, Weida noted. Also, the Marine Corps expects to have its first operational unit of 10 F-35Bs ready in December 2012, but won’t deploy them until 2014. And the Navy’s first combat-ready squadron of 10 F-35Cs is slated for December 2016, said officials from those services. (Shackelford-Weida prepared testimony)