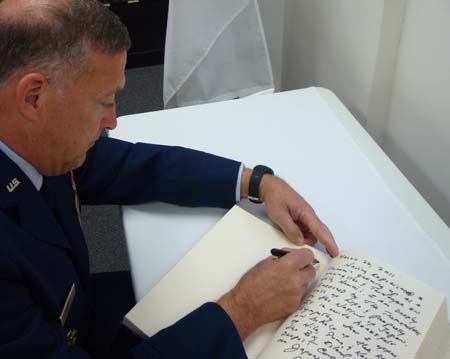 have flown more than 225 missions and transported more than 4.2 million pounds of cargo and 2,800 passengers in support of the US military’s Japan disaster assistance, according to the Air Force’s latest figures. More than 300 airmen and USAF civilians have deployed to Japan, as of Wednesday, for Operation Tomodachi to assist the 13,000 USAF personnel stationed there in the recovery operations. Among the numerous activities, the flightline at Yokota Air Base near Tokyo is seeing more than three times its normal rate of traffic as civilian and military aircraft bring in relief supplies. Personnel from Kadena Air Base are helping to offload supplies from arriving aircraft at the now-reopened Sendai Airport for further distribution. Aerial porters from JB McGuire, N.J., are at Misawa Air Base to help deal with the large flow of relief cargo there. The Air Force has also employed WC-135 aircraft to collect atmospheric samples to help monitor radiation levels around the damaged Fukushima nuclear plant. (Operation Tomodachi update) (Honolulu report by TSgt. Matthew McGovern) (McGuire release) (Misawa report by SSgt. Rachel Martinez) (Sendai release) (Yokota photo caption by SSgt. Jonathan Steffen) (Yokota report by Beth Gosselin) (See our earlier coverage)