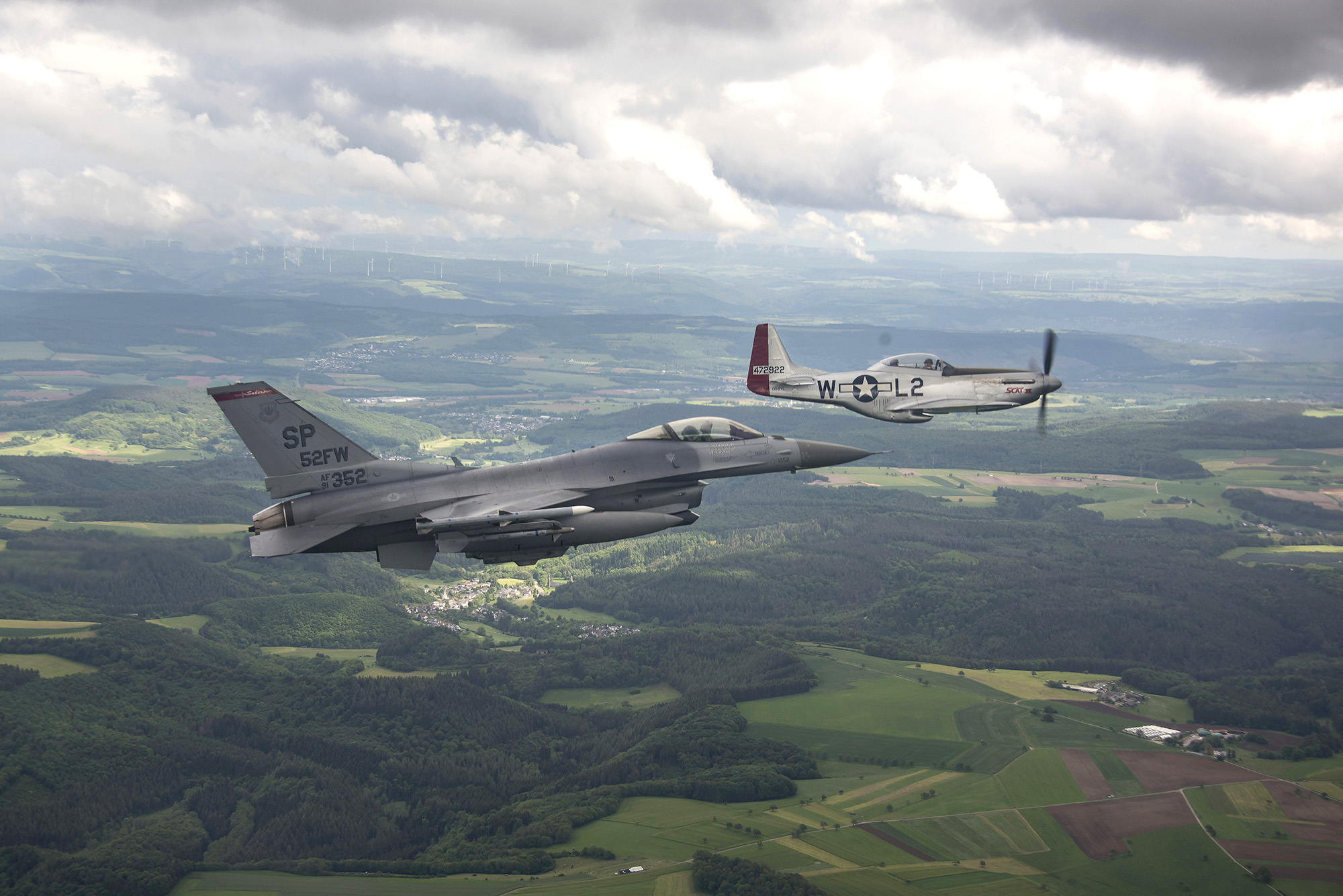 Three-quarters of a century after the Allied invasion of France, an American F-16 soars over peaceful German hillsides alongside Scat VII, the P-51 Mustang flown by triple ace Robin Olds at the end of World War II. Scat VII, itself, is a survivor: Having crashed more than once, it’s been rebuilt and remains one of the last P-51s still flying in Europe.