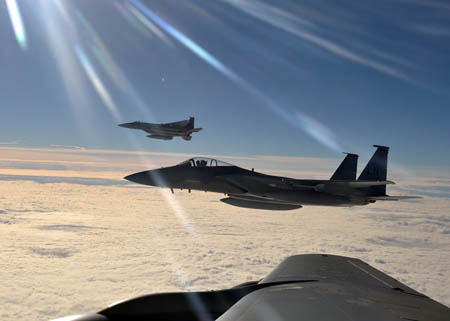 Two F-15C Eagles from the 48th Fighter Wing at RAF Lakenheath, Britain, prepare to return to the simulated air combat portion of the Arctic Challenge exercise over Norway, Sept. 20, 2013. The exercise brought together aircraft from the United States, Britain, Finland, Norway, and Sweden, along with NATO assets, to boost their interoperability.