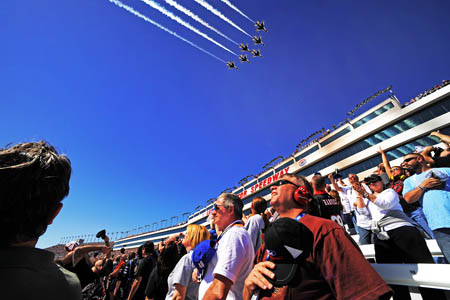 F-16 Fighting Falcons of the Air Force's Thunderbirds aerial demonstration team fly in the six-ship Delta formation as they pass over the Las Vegas Motor Speedway at the start of the NASCAR Kobalt Tools 400 Race on March 10, 2013. Enjoy the Thunderbirds while you can, as the budget sequester has forced the Air Force to , effective April 1, 2013.