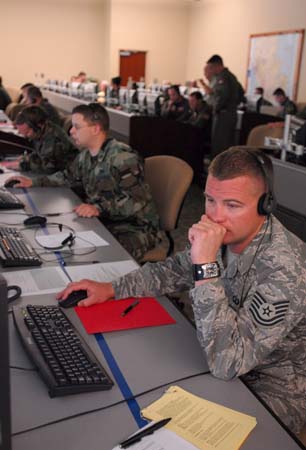 Air Force announced Monday that it is mulling the creation of a training campus at Hurlburt Field, Fla., that would bring together its command and control instruction. “Consolidating training in one location will leverage cross-functional expertise and provide a dedicated training venue standardized across the Air Force,” said Maj. Gen. Stanley Kresge, commander of the US Air Force Warfare Center at Nellis AFB, Nev. This integrated campus would include formal C2 training for component-numbered air forces, air and space operations centers, and Air Force forces staffs. Hurlburt is already home to Air Combat Command’s 505th Command and Control Wing. ACC leadership tasked Kresge’s organization to oversee a contractor study exploring the issues associated with creating the campus. Officials expect to have the study’s results available for a senior-level decision briefing in January. (Hurlburt release)