Skip to content
MAFFS-equipped C-130s like the one shown here have been aiding in the fight against wildfires on the West Coast. U.S. Northern Command photo.
Expand Photo 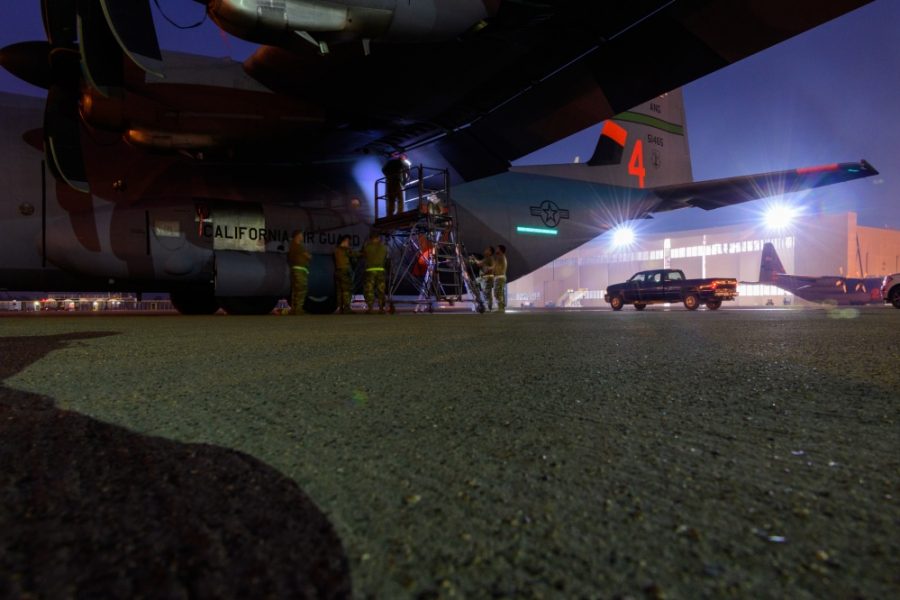 Air Force C-130s and Airmen wrapped up their firefighting season on Oct. 3 after helping extinguish a record number of blazes in California over more than two months.

Since USAF’s firefighting units were activated July 22, specially equipped C-130s spent about 600 hours flying 518 sorties in 46 fires. The aircraft dropped more than 1.35 million gallons of fire retardant—the third-largest amount since 2007 and the most since 2013, according to 1st Air Force (Air Forces Northern).

The units fly C-130s outfitted with the Modular Airborne Fire Fighting System, a roll-on system with a 3,000 gallon tank that sprays fire retardant out of the aircraft’s rear parachute door. Air Forces Northern activates the units when the Defense Department approves a request for help from the U.S. Forest Service.

“We’re passionate about this mission,” Col. Gregory Berry, commander of the 302nd Air Expeditionary Group who coordinated the response, told Air Force Magazine. “Arguably the most rewarding thing we can do is to help fellow Americans in their time of need.”

The 2020 season was the Nevada unit’s largest activation ever. Its C-130s were responsible for pouring 300,000 gallons of fire retardant over the course of nearly 110 airdrops as of Oct. 1, according to a 152nd Airlift Wing release.

“It’s very rewarding knowing you are helping so many people,” Tech. Sgt. Paul Teska, a MAFFS flight engineer with the 152nd Airlift Wing and a former wildland firefighter, said in the release. “I remember being on the ground, looking up, and seeing the planes dropping retardant. Being a part of the machine that is MAFFS, and just firefighting in general, is a great feeling.”