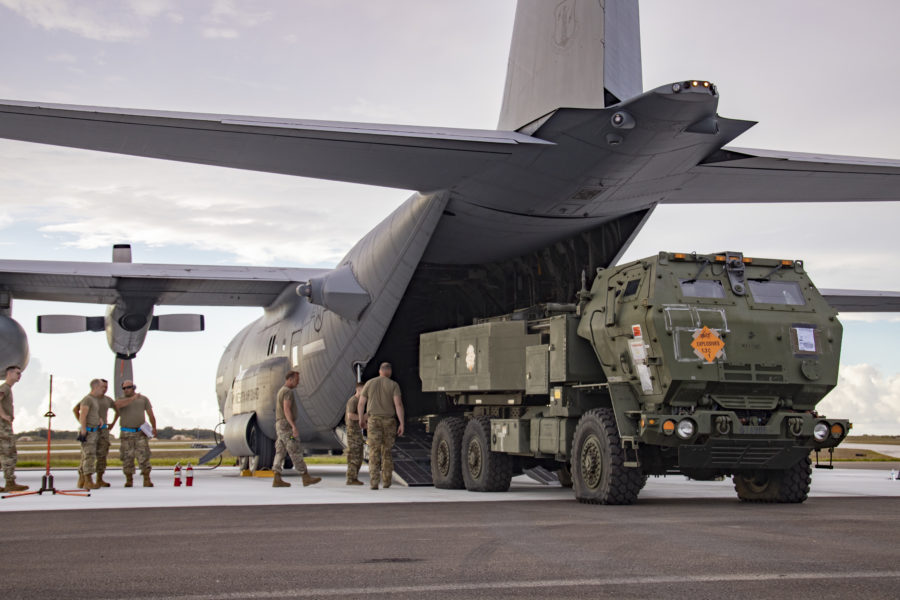 When asked about the real-world demands driving the Air Force’s new agile combat employment doctrine, Lt. Gen. Michael A. Loh, director of the Air National Guard, recalled Guard C-17 aircrew involved in 2021’s non-combat evacuation from Afghanistan, the largest such airlift in U.S. history. Once on the ground at a chaotic Kabul airport that was taking incoming fire, the C-17 initially taxied to the wrong side of the airfield. The need to complete the mission and relaunch was urgent, and the aircrew had no time to ask for permission from higher command.

“So the loadmaster took risks, calculated risks, and in just 55 minutes, he unloaded cargo that would normally take four hours to offload,” said Loh, speaking to reporters at AFA’s Air, Space & Cyber Conference. “When I asked him how he did it, the loadmaster told me, ‘Sir, you don’t want to know what I had to do to get that job done.’ But I wanted to hear, because I can’t afford to have someone in the chain of command above him who would stifle that kind of ingenuity. The Afghan evacuation was kind of the ‘Wild West,’ but that is the culture we need to harness in the future.”

With the Russian army pummeling Ukraine in Europe, and China increasingly threatening its neighbor Taiwan militarily in the Indo-Pacific, the Air National Guard has embraced the culture of can-do innovation at the core of ACE.

“Air Force Chief of Staff General Charles Q. Brown Jr. has said we have to ‘accelerate change or lose,’ and that has led to a whole new mindset in the Air Guard,” Loh said. “We are getting after new ways of doing things that will make us more survivable in a contested environment.”

Earlier this year, Vermont’s 158th Fighter Wing completed the National Guard’s first overseas deployment of the F-35A Lightning II, for instance. Just a week after arriving in Germany, it had fighters in the skies over the Baltics to reassure NATO allies nervous about Russia’s aggression next door in Ukraine.

In the Indo-Pacific, the Hawaii Air National Guard’s 199th Fighter Squadron has experimented with deploying its F-22A Raptors supported by just one pallet of parts and equipment that can be moved by a C-130 transport or even a Chinook helicopter. In June, two Air National Guard C-130s flew to Guam, picked up a Marine Corps High-Mobility Artillery Rocket System [HIMARS] rocket launcher, and transported it to another base for a simulated firing exercise before loading it back up and returning to Guam.

“We have multiple units doing really good work taking small teams of multi-capable airmen and moving them forward quickly,” said Loh. “I spoke with an aircraft maintainer, for instance, who had qualified herself on four specialties involved in maintaining the F-35 aircraft. So when you consider the high experience level of Air Guard personnel to begin with, and then add in the experience from their civilian jobs, we have a unique ability to put together teams of really multi-capable airmen for mission success.”

Increasingly the Air Guard has embraced the ACE operational doctrine, he noted, that focuses on small teams and a mindset that mission accomplishment takes priority over all else. “Because with small teams, if someone gets sick or even killed, you still have to work together to solve problems and accomplish the mission,” said Loh. “What we can’t do is let this model turn into an exercise of just asking our airmen to do more with less. Some of them are concerned about that, and we need to make clear that is not the model.”