Skip to content
A MQ-9 Reaper, assigned to the 556th Test and Evaluation Squadron, armed with an AIM-9X missile sits on the flightline, Sept. 3, 2020, at Creech Air Force Base, Nev. The MQ-9 successfully employed a live air-to-air test of an AIM-9X Block 2 missile against a target BQM-167 drone simulating a cruise missile. Senior Airman Haley Stevens
Expand Photo 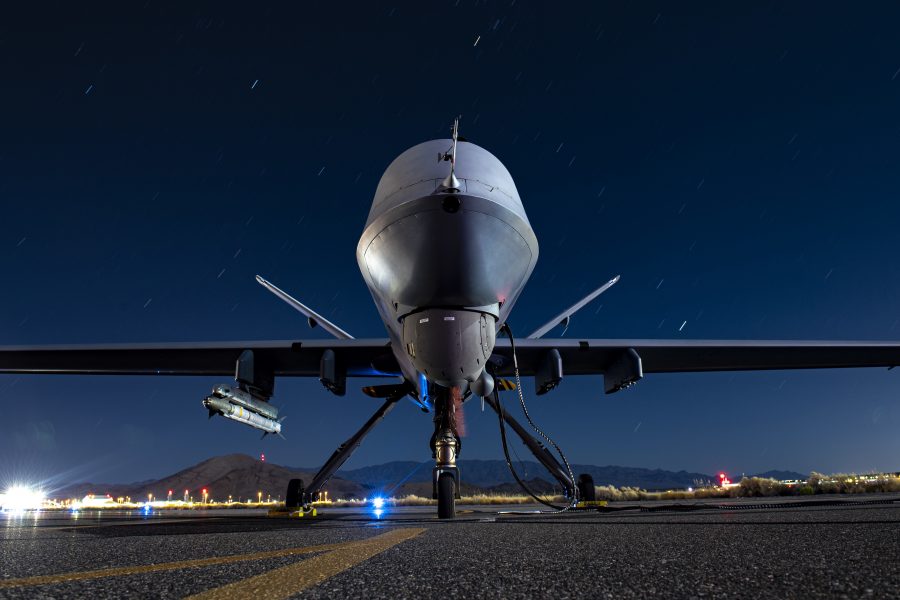 The Air Force is upgrading the MQ-9 Reaper fleet to give it new relevance against near-peers, make it more survivable, and extend its useful life another 10-15 years, the Air Force Life Cycle Management Center announced. A delivery order contract covering 19 production aircraft to prime contractor General Atomics, worth $272.3 million, was awarded April 21.

The suite of new capabilities is “closely held,” but the first upgrade will be a self-protection anti-jam antenna system, the Air Force said. Other improvements will include Link 16, new weapons, “increased electric power,” and upgrades to the aircraft’s electro-optical and infrared systems. The aircraft will also have a new open-architecture design to facilitate rapid upgrades and improve “mission resiliency.”

Together, these improvements will shift the aircraft’s nomenclature to the MQ-9 Multi-Domain Operations (M2DO) system. The suite includes previous upgrades already installed on some MQ-9s, such as longer wings.

The service expects to have 71 MQ-9s upgraded to M2DO configuration. Retrofits are “already ongoing in the field,” AFLCMC said. The Air Force has about 270 MQ-9s, and the type also serves with three allied countries and are on order with three others.

A contract to cut-in the M2DO configuration on the General Atomics production line is still in negotiation and is expected to be awarded in January 2022, AFLCMC said.

“With these smart investments, the Air Force projects that MQ-9 will remain operationally viable through the end of the platform’s projected service life of 2035,” AFLCMC said in response to a query.

The service said it would not answer questions about an electronic warfare capability for the MQ-9 platform, despite the acknowledgment of an increased electrical power capability.

Air Combat Command “has directed us to add technology into the platform, which signals the MQ-9 can offer more capability than just C-VEO operations over the next 10 to 15 years,” said Lt. Col. Nick Jordan, AFLCMC Material Leader for MQ-9 Production and Retrofit. “It can remain relevant with these added and upgraded technologies.”

The upgrades will “allow the platform to offer a host of new capabilities for combatant commanders and warfighters around the world,” AFLCMC said in a press release.

Air Force leaders have said in recent years that they need an enhanced, low-observable aircraft—notionally, an “MQ-X”—to fill the Reaper’s ISR/strike mission in contested airspace. AFLCMC said that while the M2DO is underway, “the Air Force will continue to evaluate options to find a more viable solution in the future.”